Gunman boasted of following ‘wickedest man in the world’

Weeks before Matthew Murray armed himself with enough weaponry and ammunition to kill hundreds, attacking both a Christian missions training center (YWAM) and a Colorado Springs church (New Life Church), he apparently boasted in an e-mail that he had discovered and practiced the teachings of controversial British occultist Aleister Crowley, called during his lifetime “the wickedest man in the world.”

Murray, 24, of suburban Denver, is believed to have been the gunman who shot and killed Tiffany Johnson, 26, and Philip Crouse, 24, at the Youth With A Mission campus in Arvada, Colorado, early Sunday morning on December 9, 2007. Then, about 12 hours later, Murray died when confronted by an armed security officer at New Life Church after he shot and killed sisters Stephanie Works, 18, and Rachael Works, 16, in the church parking lot. Half a dozen others were wounded in his attacks.

Philip Crouse, 24, from Alaska, was killed by an armed attacker while responding to a request for help by a lone individual at the Arvada, Colorado, base of Youth With A Mission

World Net Daily reported at the time on the disturbing rantings Murray apparently left on several websites before – and even between – the attacks, including those reported by National Terror Alert, which documented a series of postings by "nghtmrchld26," which said, “You Christians brought this on yourselves … All I want to do is kill and injure as many of you…as I can especially Christians who are to blame for most of the problems in the world.”

Now the minister behind the Good Fight website, which has documented reports from rock stars themselves of their encounters with the occult and satanic influences through their experiences with rock music, is releasing an e-mail he received, which he strongly believes was from Murray.

Pastor Joe Schimmel told WND (World Net Daily) he recalled the October e-mail when he read the postings, included in WND stories, attributed to Murray. He said he thinks it’s important for people to know what the attacker himself was feeling and thinking prior to his homicidal attack, especially since he’s been described in the media as a homeschooled student from a religious family. 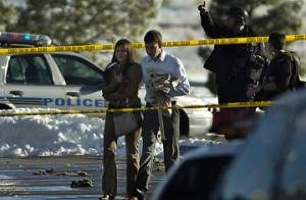 Tiffany Johnson, 26, of Minnesota, was one of two Youth With A Mission staff members shot and killed by an attacker in Arvada, Colo.

The e-mail, although it came from a man who identified himself as "Brian," most probably was from Murray, Schimmel says, because of the remarkable number of similarities.

And some of the writings in the Oct. 26, 2007, e-mail were identical, or nearly identical, to other postings attributed to Murray.

“I have since joined freemasonry and found, studied and practiced the teachings of Aleister Crowley/Thelema/The Golden Dawn, Qabbalah, H.P. Blavatsky/Theosophy, Manly P. Hall, Alice Bailey, and others,” the writer told Schimmel.

The first name immediately raised his eyebrows, but since the e-mail did not ask any questions of the ministry, there was no immediate response. A WND e-mail to the return address listed went unanswered.

Crowley, who lived during the late 1800s and first half of the 1900s, was a bisexual, drug-addicted occultist practitioner and author who almost reveled in the media description of him as “the wickedest man in the world.”

During a court case in the 1930s, Crowley was described by a judge as dreadful. “I thought that everything which was vicious and bad had been produced at one time or another before me,” the judge concluded. “I have learned in this case that we can always learn something more … I have never heard such dreadful, horrible, blasphemous and abominable stuff as that which has been produced by [Crowley.]” 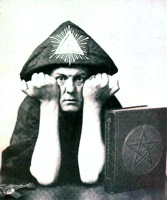 Crowley also founded Thelema, a religious belief that was drawn from his book, "Liber Al Vel Legis," or Book of the Law, which gives only two commands: “Do what thou wilt shall be the whole of the law” and “Love is the law, love under will.”

Crowley espoused a wide range of occultist activities and practices, and one of his compatriots reportedly died from drinking the blood of a cat during one ceremonial episode, according to documents on Crowley’s life. Many believe Crowley was a forerunner to Anton LaVey, who formalized his beliefs in "The Satanic Bible" and established the Church of Satan.

While Crowley dabbled in the occult, magic, trances, drugs, sex and blood rituals, Schimmel told WND the writer apparently had sold his soul to another devil: rock music.

The e-mail noted that “music is a very powerful thing,” and then continued with writings that appeared to have been assembled in the form of an article titled, “My Secret Drug Addiction”:

“I have a powerful addiction to a powerful drug that most people in my life don’t know about. Really, it is somewhat my fault. It started in part due to pressures in my life, with family, Christians abusing me, church and religion, loneliness and pain. I was hurting and angry and wanted an escape. This fun and enjoyable activity, this powerful substance grew into an addiction and a powerful force in my life that now controls every part of myself. I have found this drug to truly be a force to be reckoned with. This drug can completely alter blood pressure, heart rate, brainwave patterns and other bodily functions. This drugs influence, however, goes much deeper than physiological function, for it’s (sic) effects penetrate into the deepest parts of one’s soul. This drug will completely control a person’s mind, what thought’s (sic) they think and their emotions and how they feel. I found that this drug has the power to completely alter a person’s religious beliefs, their morality, and their values and their entire lifestyle.

I didn’t realize I was addicted until about 2 years after starting. I have to admit, I am addicted. I’m an addict and completely powerless over this drug. I had fun with it at first, but now it controls me. It used to be a small thing in my life, but now takes up on average at least 5 hours each day getting high. Most of my friends and family don’t have any real clue though, because I’m able to get high on this stuff without them realizing what I’m doing. My usage doesn’t conflict with, but rather controls all the plans in my life. I’ve found that I am completely dominated and controlled by this addiction. This drug is the most powerful drug that I know of. I have found the high and it’s (sic) ability to control a person and that’s (sic) person’s belief’s (sic) and lifestyle is unparalleled. This drug has the same effects as meth, in that it’s a powerful stimulant, the addictive properties of heroin, and it has the ability of hallucinogens to cause one to trip and trance out into other ‘realities.’ This drug is far more dangerous and addicting than marijuana and even harder drugs. 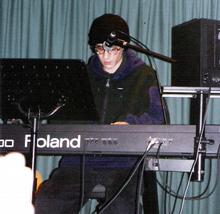 I have found myself in deep trances and other worlds through the usage of this drug and have found my life radically altered and changed and (sic) by it. I found this drug to be a powerful driving force and easy gateway into a world of sex, other drugs, rebellion, homosexuality, alcoholism and many other dark things. I have found such an incredible power in this drug that will completely carry one’s mind away into a very real spiritual realm. My mind is completely controlled by this drug and there is no way at all for me to break free.

What is this mind altering life changing drug that has such an incredible power? … The drug that I use and am addicted to is commonly known in our culture as … Rock Music. ”

Schimmel said his organization specifically documents and warns about the occult influences in rock music and modern society, and this rang an alarm when he first received it.

When he saw reports from National Terror Alert about postings thought to have been done by Murray, the alarm got louder.

The postings, on an online forum for former Pentecostals, have been removed. But other users said the writer had described himself as a former member of YWAM who had been asked not to join a mission trip and now wanted to “blow up and shoot everything I can.” 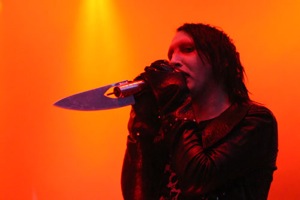 “I have found myself in deep trances and other worlds through the usage of this drug and have found my life radically altered and changed and (sic) by it. I found this drug to be a powerful driving force and easy gateway into a world of sex, other drugs, rebellion, homosexuality, alcoholism and many other dark things. … What is this mind altering life changing drug that has such an incredible power? Well, one of the main persons who has helped make this drug a powerful force in my life has been Marilyn Manson. … The drug that I use and am addicted to is commonly known in our culture as … Rock Music.” Schimmel said the writings line up with what he knows about Crowley, and his influence, which sparked multiple references during the rock era of the 1960s, when some songs even included a tribute to "Mr. Crowley," he said.

He said his ministry has worked to show how Satanism can influence youth through music, and this was a factor not included in many media reports about the Colorado shootings.

But he said if the author had “practiced” Crowley’s teachings, “he’s opened himself up to a spiritual drug addiction.”

“What he really is, is a Satanist, subscribing to the teachings of Aleister Crowley,” said Schimmel, who told WND other leaders in the Crowley image have included Timothy Leary and Alfred Kinsey.

He said it was significant that there were reports that Murray “heard voices,” because many rock stars who have, in his opinion, opened themselves to the occult, have reported similar events.

CNN reported a man who was Murray’s roommate while he was at the YWAM training camp said Murray heard voices and sometimes talked to them.

The CNN report said Richard Lerner confirmed the decision for Murray to leave the program came from YWAM officials, along with Murray’s parents, after Murray performed songs by rock stars Linkin Park and Marilyn Manson at a Christmas event for the Christian program.

CNN said Werner, now of Brazil, recalled Murray would roll around in bed and make noises.

Police confirm shell casings at both shooting locations tie Murray to the deaths, and he was stopped when he was confronted by a security volunteer at New Life Church in Colorado Springs, who ordered him to surrender and fired when he didn’t.