Was The Norway Killer A Christian? 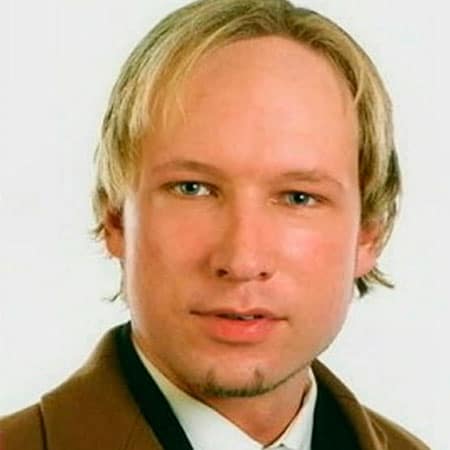 On Sunday, July 24, 2011 the New York Times ran an incendiary headline that seemed intent on whipping up hatred toward Christians and Christianity declaring, “As Horrors Emerge, Norway Charges Christian Extremist.” I would have found the Times’ hypocritical characterization of Anders Breivik as a “Christian” almost amusing, if not for the seriousness of the Norway tragedy that left nearly 80 people dead. I say “hypocritical” because the far left Times is notorious for bending over backwards in distancing Muslim terrorists from the religion of Islam. The Times does this, despite the fact that Muslim terrorists often justify their atrocities by citing Muhammad’s example in spreading Islam with the sword; quoting directives from the Koran like “Kill the disbelievers wherever you find them” (Surah 9:5); regularly attending Mosques where “death to the unbelievers” is preached, and their atrocities are often celebrated by millions of Muslims globally.

Contrast this with Anders Breveik, who didn’t even attend a church, could not cite a single passage in Christian scripture to justify his wicked actions, and vehemently attacked the Christian faith as “weak.” Moreover, millions of Christians did not celebrate his crimes by taking to the streets shouting “Jesus Akbar,” but rather, were among the loudest in condemning Breivik’s actions and went to pray for the families of the victims.

Jesus not only commanded that His followers love their neighbors as they love themselves (Luke 10:25-37), but instructed us to love our enemies (Luke 6:27-32, 35-36). When one honestly examines Christ’s teachings, Breivik was as far off the spiritual radar as one could possibly get from being an “extreme Christian.” Jesus taught His disciples to turn the other cheek (Matthew 5:39) and instructed, “I am sending you out like sheep among wolves. Therefore be as shrewd as snakes and as innocent as doves” (Matthew 10:16).

When one examines Breivik’s manifesto (8MB PDF File), we find this claim regarding his organization, “[the] Knights Templar is therefore not a religious organization” but is made up of atheists, agnostics and secular Christians. Breivik identifies himself as a “secular” and “cultural Christian” in contrast to what he calls a “Religious Christian.” The bible knows nothing of so-called “cultural Christians” and warns against mere forms of godliness as decidedly non-Christian (2 Timothy 3:1-7).

Breivik went so far as to claim that He has never once prayed to God for help, and states that if he is hunted by authorities on the day of the massacre, and prays, it would be his very first time! (p. 1344). Breivik further states in his video that his organization is “NOT a religious Christian (Christian fundamentalist) organization. Logic and reason will always take precedence over biblical texts.”

The truth is, if Anders Breivik were truly a Christian he would have given the “biblical texts” precedence over his own diabolically twisted “logic” and such texts would have precluded him from ever having committed such evil. I also find it ironic that the same leftist news outlets that have gone out of their way to unfairly brand the prayerless and churchless Breivik a “Christian,” went to great lengths to distance Barack Obama from the racist form of “Christianity” taught by his pastor, “Reverend” Wright, even though the President was a member of Wright’s church for 20 years.

Sometimes I ask the congregation where I pastor, “If you were arrested for being a Christian, would there be enough evidence to convict you?” The point I am making is that authentic Christianity must be evidenced in the lives of those who claim to follow Christ. No honest person in their right mind would ever make the glaring mistake of convicting Ander Breivik for being a Christian unless they were totally ignorant of what it means to be a Christian, or have some twisted agenda. Jesus said that genuine Christians would be known by their love (John 13:35) and by their fruit (Matthew 7:16, 20). The fact that Breivik claimed to be a “cultural” Christian does not make him a real Christian any more than the fact that he dressed up like a police officer on the day of the Norway massacre claiming to be a cop makes him a police officer.