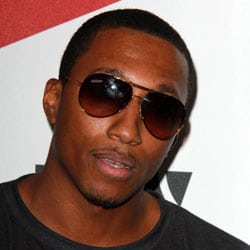 As many Americans were celebrating Independence Day, Christian artist Lecrae thought it would be a good time to remind everyone about the horrors of slavery. While this, in and of itself, is not a terrible thing to point out to people, the ominous tweet has caught much backlash from fans who also remember the many freedoms we have today. 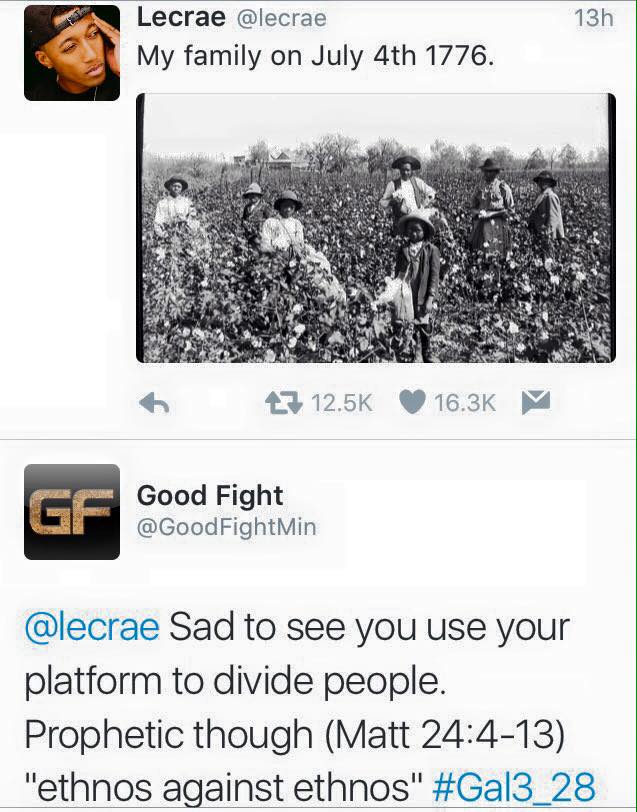 “So tired of the race baiting in this country. I do realize we can’t stop everyone from doing it. Truth is, If you are a Christian artist you have a responsibility to your fans to preach forgiveness and love. I’ve seen several artists promoting a message that only divides people. It’s wrong and it needs to stop. #WeAllHaveSinnedAndFallenShort #WeCantLiveInThePast #OurFaithShouldBeBiggerThanOurRace #StopDissingThoseThatBuyYourRecords #JoeRoeFoePrez #IfThisOffendsYouImOffendedThatYourOffended”

Sadly, this narrative has been going on a long time. Instead of us all being able to point out the wickedness of slavery and looking back at how far we have come as a society, it is used to create an “Us vs. Them” narrative. Instead of Lecrae’s 1.08 million followers reading about the freedoms that we now have (for now), we are given a picture of the horror that was slavery. What is his true purpose for the tweet? You would have to ask him. Instead of creating a dialogue where people can recognize sin as well as make peace with our fellow brothers and sisters in the Lord, he gets liberal activists like Shaun King tweeting:

“So many white folk who have celebrated @lecrae really do want him to pretend he’s not Black. Read the comments.”

He even replied “make room” to one commenter on his Twitter feed who invited him to his house on “N***a Island,” helping to create the very racial divide the Bible warns about in the end times. As pastor Joe Schimmel said in an article last year:

“This is unfortunate in light of all that is going on in the U.S. with race baiting, race relations and the country’s deep need for the creator God! Jesus warned that in the last days the love of many would grow cold; lawlessness would increase and “nation would rise against nation” (Matthew 24:4-13). The Greek word that Jesus used for nation is “ethnos” and is the word from which we derive ethnic or ethnicity! It seems quite clear that the media, rather than promoting healing, is instigating more unrest between various ethnicities.” (Source)