Lauren Daigle Doesn’t Know If Homosexuality Is A Sin 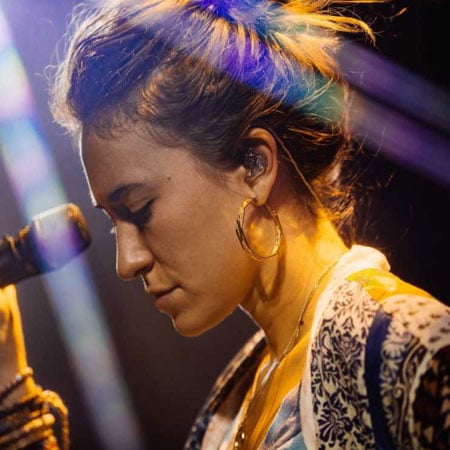 Lauren Daigle…How Can It Be?

Grammy-nominated Christian music artist, Lauren Daigle, was asked on The Domenick Nati Show, “Do you feel that homosexuality is a sin?” Her reply has left many bible-believing Christians scratching their heads.

“You know, I can’t honestly answer on that, in the sense of I have too many people that I love that they are homosexuals,” Daigle responded. “I can’t say one way or the other. I’m not God. So when people ask questions like that, that’s what my go-to is. I just say, ‘Read the Bible and find out for yourself. And when you find out let me know because I’m learning too.’” (Source)

As Christians, we understand that the Bible does not categorize sin into lesser or greater degrees of sin. In more recent years, however, homosexuality has been elevated into the spotlight, mostly due to the agenda that has been afoot to normalize it. And what better way to gain acceptance than by going to the Christian community and attempting to force its acceptance on the Church?

But what if this same approach were taken regarding other forms of sin that the Bible mentions? What if Lauren Daigle were asked the following questions, would her same response be honest or make any biblical sense:

Is adultery a sin?
“I can’t honestly answer on that, in the sense of I have too many people that I love who have cheated on their spouse.”

Is fornication a sin?
“I can’t honestly answer on that, in the sense of I have too many people that I love who like to have sex outside of marriage.”

Is lying a sin?
“I can’t honestly answer on that, in the sense of I have too many people that I love who choose to lie.”

Is stealing a sin?
“I can’t honestly answer on that, in the sense of I have too many people that I love who steal.”

Is drunkenness a sin?
“I can’t honestly answer on that, in the sense of I have too many people that I love who get drunk.”

Is witchcraft a sin?
“I can’t honestly answer on that, in the sense of I have too many people that I love who like witchcraft.”

The above examples point out the hypocritical and selective reasoning that is used when it comes to the issue of homosexuality. Something is either sin or it is not, based upon God’s objective word. In the Bible, the same book Daigle claims to read, homosexuality is clearly a sin (Romans 1:26-32, 1 Corinthians 6:9-10, Jude 1:7). We cannot show true love by lying to someone, and telling them they are right before God, when they are in spiritual bondage. Jesus came to give abundant life to those rescued out of the thralls of sin and He did not make His commands to be a burden placed upon us (John 10:10, 1 John 5:3). Jesus promises that His yoke is easy, His burden is light, and that the Christian walk is to be one of victory (Matthew 11:30, Romans 8:37). However, God does give a stern warning to those who know the truth yet keep it hidden from those who need it:

But if the watchman sees the sword coming and does not blow the trumpet and the people are not warned, and a sword comes and takes a person from them, he is taken away in his iniquity; but his blood I will require from the watchman’s hand. –Ezekiel 33:6

When asked directly about the sin of homosexuality, Daigle not only showed that she didn’t want to answer, but even said, “I don’t know. I actually had a conversation with someone last night about it. I can’t say one way or the other. I’m not God.” (Ibid.)

Does Ms. Daigle really not know, or does the fear that her record sales might drop hinder her from speaking the truth to a lost and dying world? If she has been in the church her entire life (which according to her own testimony she started really digging into the word and understanding her salvation at the age of 15), what has she been reading all this time? Can one really be a true believer for that many years and never stumble upon the book of Romans, 1 Corinthians or Jude? We can’t help but wonder if her response may have simply been her way of gaining worldly acceptance. But the world doesn’t love believers and it isn’t suppose to (John 15:18). It would be a good time to examine your faith when all the world speaks well of you.

At this point one might be asking, “How could she have answered the question then?” This is a fair question. First, we are told to speak the TRUTH in love and we are not to compromise our faith to appease the world. However, this doesn’t mean we bang people over the head with our Bible and scream the relevant passages on this subject. How did Jesus deal with sinners? He must be our example.

I’ll leave you with one possible response that could have been given by Lauren if, in fact, she wanted to deal delicately with this topic, be truthful and loving, and do so without compromising her faith:

“My belief on this subject comes from the bible and is based on my Christian faith. The bible is clear on this issue, as well as many other issues of equal concern. I’d suggest searching the scriptures to find the answer if you sincerely want to know the answer. One thing I DO know, is that Jesus’ desire is that people would turn to Him in repentant faith as their Lord and Savior and be saved.”

In closing, let me be clear that we do not hate homosexuals (are we better than God?), just like we don’t hate adulterers, fornicators, drunks, etc. Jesus came to rescue the sinner (Luke 5:31)! The only time we are called to hate is in the context of evil (Romans 12:9), we are not called to hate one another. For all have sinned and fall short of the glory of God (Romans 3:23).

God is clear in His word that He hates the sin of homosexuality, just like He hates the sin of adultery, fornication, drunkenness, and a host of other sins. However, He loves the world, so much so that He offers forgiveness of sins through the atonement of Jesus Christ and what Christ did on the cross! God loves sinners – “But God demonstrates His own love toward us, in that while we were yet sinners, Christ died for us” (Romans 5:8). It is we sinners whom Christ came to save! But we must be willing to turn from our sin and trust in the Lord Jesus Christ for our salvation.

We’re curious, how would you have responded? Leave a comment below.