September 11, Evil, and the Gospel 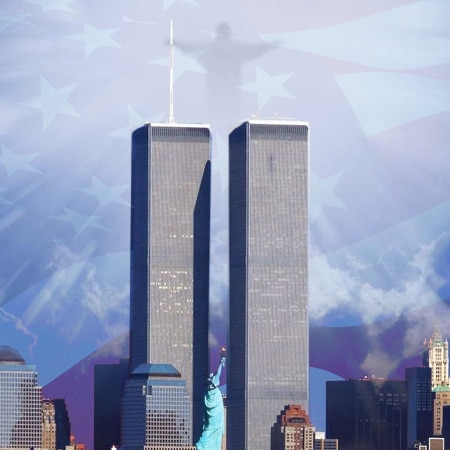 On September 11, 2001, thousands of lives were suddenly ended by evil, despicable acts of terror. To date, this tragedy is reported to have the greatest loss of police and firefighters in our country’s history. With almost 3,000 people passing away from the events that occurred, it is most certainly a memory that will be burned into the minds of those who were cognitive enough to understand what was happening on that day. Whether you believe that this was a wicked act carried out by our government, or that Osama Bin Laden helped to orchestrate this sinister plot, we know that ultimately it was guided by a spiritual force that is not flesh and blood (Ephesians 6:12).

Sadly, many atheists such as Richard Dawkins and Sam Harris decided after these attacks that they were going to begin an evangelistic effort to turn people away from God and steer them into atheism. They used this tragic event to help advocate for a “New Atheism” which would challenge religion, agreeing that “religion should not simply be tolerated but should be countered, criticized, and exposed by rational argument wherever its influence arises.” (Source) New Atheist, Victor J. Stenger, would go as far as saying, “Science flies you to the moon. Religion flies you into buildings.” (Victor J. Stenger, The New Atheism: Taking a Stand for Science and Reason, Prometheus, 2009)

However, we need to ask ourselves this question: was it religion that made those men fly those planes into those buildings? Actually no, it was SIN. The same sin that sent those men flying planes into buildings is the same sin that moved Pol Pot, Joseph Stalin, Mao Zedong, and Lenin to kill millions upon millions of people. The sin committed by these men is actually the second of the Ten Commandments, which commands us not to fashion a god that will fit our own liking (Exodus 20:4). Every one of these leaders (we would include Muhammed as well) created a god that fit their own image. Whether atheist or otherwise, man will typically worship anything other than the one true God. If we look to Romans 1 on the subject, we find that their rejection of God has nothing to do with the evidence provided. It is made evident within them, but they suppress the truth in unrighteousness (Romans 1:18-19). These men would rather have their sin than their Savior “and exchanged the glory of the incorruptible God for an image in the form of corruptible man” (Romans 1:23).

When we look back on this date, remembering those who were lost, let us also remember that roughly 150,000 people die on a daily basis. What are we doing to make sure they know our Lord and Savior before they die? Do not let an atheist do more evangelism than you! Let us do as Jesus commanded:

Mark 16:15
“Go ye into all the world, and preach the gospel to every creature.”