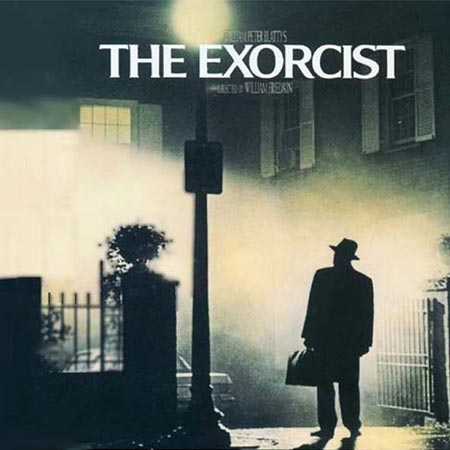 People throwing up in the aisles and fleeing the theater, a radical increase in psychiatric visits, and a renewed fascination with the demonic were all scenarios that manifested from the 1973 film, The Exorcist. Known as the occult film that opened the door for the bevy of occult fiction flicks that would follow, The Exorcist brought the public face to face with some of the most spine chilling and frightening scenes ever taped.

The story follows a young girl who becomes possessed by Satan and reigns terror on her family, friends and local parish. The film was written and produced by William Peter Blatty and the story of its inception is in itself is as unnerving as the events onscreen. A freak offshoot of what the movie depicts, Blatty came into contact with a spirit during his attempt to pen a story of demonic possession, and credits this spirit for the story. He makes his familiarity with these experiences clear:“The supernatural is really the most natural thing in the world.” Blatty’s “natural” occult experiences fall into the same bazaar camp as Sixth Sense director, M. Night Shyamalan’s. Blatty reports seeing ghosts in his house, hearing rappings, disappearing and reappearing and moving objects, and other completely unnatural phenomena. 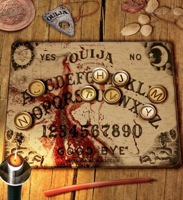 Blatty also reports having received messages through using a Ouija board. He believed information was coming to him via its use, and at one point describes that a host of eager spirits were waiting to speak though him at the Ouija. Director William Friedkin and Oscar winning actress, Ellen Burstyn were compelled to follow Blatty’s occult leanings. Blatty recalls:

“After dinner, as so many people will do when they are at my home, someone asked if I happened to have a Ouija board. I brought out my board…So Ellen and Billy took control of the planchette…He (Friedkin) wanted to immerse himself in the occult…The planchette soon moved.”

As do many of Hollywood’s creators, The Exorcist used its creator’s experiences as the basis for the story: the Ouija board was used in the movie as the primary means of communicating with the spirit world. This presented the world with an opportunity to become schooled in the ways of occultism. Blatty’s contact with the demonic realm empowered his writing of The Exorcist, and as others before him, the script was instantly crystallized in his mind’s eye. Author and Interviewer, Charles Higham, observed:

“Blatty’s powers of precognition helped him in writing The Exorcist. He found he had imagined the entire work subconsciously, so that the actual writing of it, not consciously preplanned, was simply the discovery of preexisting territory….His problem as producer in making the film was to convey the kind of supernatural experience he had so frequently experienced in visual and – still more important- aural terms. ‘We wanted to create in an audience a feeling of absolute terror,’ [says Blatty].” 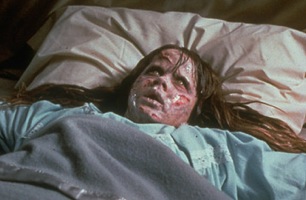 He overwhelmingly succeeded in terrorizing millions and in relating his own “supernatural experience he had so frequently experienced in visual” terms, rolling scenes of demonic rage and fear throughout the plot of the film. The actress whose voice was used for Satan, Mercedes McCambridge, who has also had psychic guidance, admits something was in her during her performance:

“ For sixteen years, I sat…hearing about the horror of Evil Incarnate, and now I had to play Evil Incarnate. How?…Satan is the personification of evil…I had been able to conjure up so much demonic personality. It was in me, of course.”

The Y2K re-release of the film has allowed a whole new generation to experience the demonic horrors of a supernaturally guided and inspired film. It continues to perform well at the box office and only serves to further the desensitization of people to Satan’s glorification of evil.