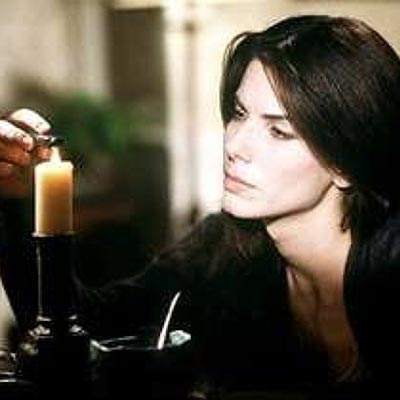 Following the box office success of The Craft, Hollywood was quick to produce Practical Magic, a movie extolling a family of witches. Practical Magic picked up the ball where The Craft left off, filling in the ideological gaps of witchcraft, all the while beckoning the viewer into participation. One of Satan’s angles in witchcraft is to convince people that he is not real and only a made up fantasy. This lie is also presented in the film when Sandra Bullock’s character states: “There’s no Devil in the Craft.” Touting such illusions only serves to remove the fear of God from people’s hearts and furthers Satan’s deception, which only encourages sinful depravations.

Witches do indeed submit servitude to Satan through their rejection of God. The truth be known, Anton LaVey acknowledges this in his book The Satanic Witch. He emphasizes:

Sadly, witchcraft is being presented to our youth as a latent gift that need only be awakened and realized. Practical Magic film dialogue carried this faulty line of reasoning:

“They feared her because she had a gift, a power that has been passed on to you children. She had the gift of magic and it was this very gift that saved her life.”

“Hey, my little witch, let’s go inside and do some spells…You’ve been blessed with a gift.”

These dialogues mirror and represent the true perspectives of those who produced the film. Director Griffin Dunne comments, “The characters use of magic is a more practical, almost holistic approach that seems like a gift that virtually anyone could have.” Actress Sandra Bullock similarly confesses to her witchcraft inclinations. Of her abilities, she says:

“It’s almost like it’s my conscience and my devil all in one. It’s almost like I can read minds at this point. Instinct or intuition or a sixth sense-that’s like our gift.”

Bullock promotes and believes in the same satanic lie as the movie. Like Aleister Crowley, who sought to open people’s minds just enough to present his satanic poisons, Bullock also encourages the youth to leave their minds at the door and accept a poisonous agenda: “The magic only exists if you allow it. If you open yourself up to the possibilities of it.”

“About witchcraft, it is Sandra Bullock who does most of the talking. Consider her thoughts on the notion of everyday magic: ‘I believe, though, in people’s spirit and ability to create things that can go way beyond what we can explain logically…. about the belief in yourself and whatever powers you have, whether society believes in it or not.’”

Such explanations echo one of Bullocks favorite films, The Wizard of Oz. Longtime friend, Matthew McConaughey, says of Bullock, “You are a witch. But you’re a good witch.”

This "white" or “good witch” fallacy has become a mainstream delusion in our day. There is no difference between a good witch or a bad witch inasmuch as they both draw their power from the same source: Satan. More importantly, the Word of God does not differentiate between the two, but condemns them both (Deuteronomy 18). Anton LaVey, founder of the Church of Satan, admits:

“White magic is supposedly utilized only for good or unselfish purposes, and black magic, we are told, is used only for selfish or evil reasons. Satanism draws no such dividing line.”

Satanists recognize Satan as the true locus of ennoblement for all occult pursuits. Hollywood is continuously setting the virtual reality bait through film promotions aimed at young women and men in order to snag their souls. Holly Marie Combs, who stars in the weekly TV show Charmed, echoes the same lie about its consistent portrayals of witchcraft: “We’re good witches. We’re very good witches. We do things to help people, not harm them.” If Satan can convince people that they can dabble in a white magic and somehow remain free from his evil control by distancing himself from it, then more initiates will be drawn in to the occult delusion. 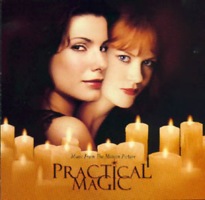 As the executive producer for Practical Magic, Sandra Bullock’s own production company, Fortis Films, had a major stake in her promoting witchcraft as publicly amiable. Her inherent beliefs adequately reflect and parallel the delineation of the story. Of the abominable practice of witchcraft in Practical Magic, Bullock says, “Even though this is set in fantasy it’s the greatest message I think in unifying women in supporting each other.” Bullock’s diabolical messages purpose to transform society for embracing the occult. Upon the release of the movie she admitted, “I’m in a place right now where I want to change opinion.” Anton LaVey knows how, with his help, these films help to push people over the edge into witchcraft. LaVey says:

“I don’t see any true reason to readily discount the movie and TV image of the witch, because I think that whatever popular image is most flattering should be utilized and sustained whenever possible. People will believe what they want to believe and the current image of a witch is the most intriguing and glamorous that has yet to appear.”

“As Satanism grows more mainstream, whether people agree with our philosophy or not, our standards and ideals will prevail.”

The wicked inclinations in this world will pass away because the joy of the godless is momentary. In the end the Word of God will truly prevail at Jesus Christ’s Second Coming. Until then, we must be certain of our faith and make our calling and election sure. Strengthen your mind in the things above and not in the things in this life. God is waiting to spend time with you and longs to hear your voice. Do you for Him? If not, ask him to make it so and to change your heart in whatever area is in need of transformation. If the world can give their time to Hollywood’s lies, ought not Christians give time to the one who created us, died for us, and rose for us?