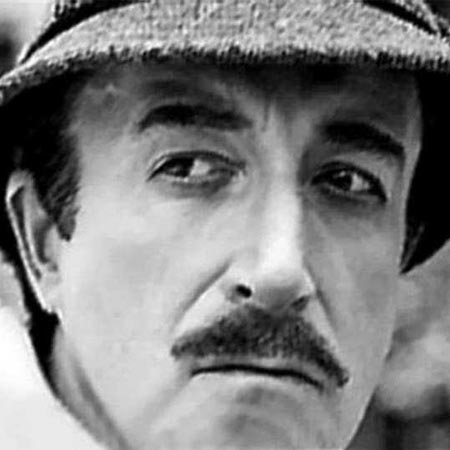 “The important thing is that the picture strikes a chord in the collective psyche…Movies are the bible of the people. Through movies you could start providing motives and principles for the young people who feel so estranged in today’s society.”

The open doors given to Satan in the industry ought not be underestimated. Among cinema greats lies actor Peter Sellers, who starred in The Pink Panther, Dr. Strangelove and Being There to name a few. Film director Roman Polanski recalls:

“It was through us that he met Mia Farrow-a true soul mate if ever there was one. Like her, Peter was heavily into the whole range of…UFO’s to astrology to extrasensory perception.”

When asked about his contacts with the spirit world, Sellers divulged that similar to shamans, channelers, Satanists, witch doctors, and New Age gurus, Sellers had indeed tapped into this realm and was under its influence.

Question: “Do you hear his voice the way you hear my voice now?”
Sellers: “Yes, absolutely as clear as that. I mean a clear, clear voice, as if someone is speaking, but in here (tapping skull). Sometimes I ask for help, sometimes it just happens. It can happen anytime, anytime at all.”

As a devout occultist, Sellers dramatically relied on the spirits to energize and lead his acting performances so as to dramatically effect the audience. He stated:

“I act as a medium, if you like, and let the character come out through me…I think that there is something psychic about my acting to a certain extent, yes.” 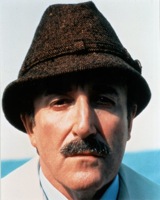 These psychic displays have entertained millions of people. Sellers admitted that after summoning the spirit world for help that he supernaturally became possessed and his characters flowed out of him. Biographer and interviewer Peter Evans documented how the demon:

“began to inhabit his body. Everything about him began to change. It was not just his walk and the way he held himself, it was not simply his voice, but his expressions, his eyes, his gestures were all different.”

Satan is not interested in spinning his wheels for naught but utilizes that which will benefit and further his cause. Sellers did just that. In fact, the spirit world told Sellers to return to “return to Clouseau,” one of his most famous onscreen personifications. On the set of the film, Sellers acknowledged that the spirits assured him of success and:

“would look after me through the picture, watch my timing and all that sort of thing. He said he’d see me back on the right road. As clear as a bell.”

Beside the clear commands of God forbidding such interactions, some readers might be inquiring to how serious of an offense Sellers portrayal of an idiosavant detective could possibly be. That is just the point. Satan is into making subtle differences in the views of the world, specifically Christians. The fact that the demonic spirit world would pour such efforts into this type of film is not a reason to relax and breathe a sigh of relief, but just the opposite. The insidious nature of Satan’s plan is highlighted through his efforts to infiltrate and disarm the world through what is categorized as harmless entertainment. He takes pride in catching people off guard through the "innocent" moral guidelines of the world and has found a perfect vehicle to accelerate those who hold out against the tide of obvious moral filth in film. Moral relativism has grown to dictate the new ethical standards each year and the infiltration of Satan’s deceiving philosophies into every facet of what is fed to our minds via the media has rendered the frog in the pot almost cooked.