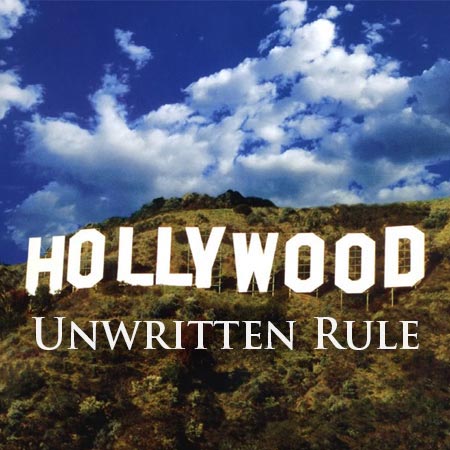 The entertaining wizards in Hollywood are anything but the everyday citizens they present in their films. Actor Val Kilmer makes no bones about it, stating: “I don’t make any pretense about being normal. I’m not.” Hollywood’s extreme liberal stance and countering of traditional ideologies allow them to sway the opinions of the world and effect new towers of social thought in the process. Actor Tim Robbins admits, “…I’m involved in this society in a way that I want to use whatever celebrity I have to talk about things that aren’t normally talked about.” The issues they harp on generally oppose God’s commands and work to generate a furthered breakdown of public morality. Oscar award winning director and screenwriter, John Irving, used his award winning film, the Cider House Rules, as a platform to increase the acceptance of abortion among his audiences. When confronted with those who stood in opposition to his message of murder, to quote Entertainment Weekly, he had this to say:

“Scores of anti-abortion protestors ringed the perimeter of the auditorium, but that didn’t dissuade John Irving from thanking "everyone at Planned Parenthood and the National Abortion Rights League" in his acceptance speech. ‘Some people raised their eyebrows?’ Irving said later at the Miramax party. ‘F— them. That’s how I feel about them, and I mean it.’”

This is only one example of countless attacks on those who stand for moral absolutes as defined by God’s Word. Killing innocent babies in the womb is wrong and those who vociferously advocate it are on par with the worst serial killers who ever lived. In fact, even worse, because at least their victims has a viable chance to escape their killers, yet babies are defenselessly stuck in one spot in dependence on mother for protection. It’s pretty simple: “Thou shalt not murder.” Crowley’s axiom, Do What Thou Wilt, has become the ultimate rule and abortion is a consequence of this mentality, with over 40 million murdered babies experiencing this firsthand.

Jesus Christ came into the world with very clear and concise plans to save us from the eternal consequences of sin we see so prevalently around us. Just as Satan has an organized will for the lives of mankind, God does as well. John the apostle gives us the loving words of Jesus Christ:

"Jesus declared, ‘I tell you the truth, no one can see the kingdom of God unless he is born again…For God so loved the world that he gave his one and only Son, that whoever believes in him shall not perish but have eternal life. For God did not send his Son into the world to condemn the world, but to save the world through him. Whoever believes in him is not condemned, but whoever does not believe stands condemned already because he has not believed in the name of God’s one and only Son. This is the verdict: Light has come into the world, but men loved darkness instead of light because their deeds were evil. Everyone who does evil hates the light, and will not come into the light for fear that his deeds will be exposed. But whoever lives by the truth comes into the light, so that it may be seen plainly that what he has done has been done through God.’" –John 3:3,16-21

"But God demonstrates his own love for us in this: While we were still sinners, Christ died for us."

Hollywood’s response? The writer of the movie made famous by Jack Nicholson’s role in One Flew over the Cuckoo’s Nest, Ken Kesey, responds:

“The job of the artist is to say F—You God! F— You and the Old Testament you rode in on!” 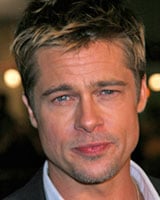 “It’s only when we later drift into an unlikely debate about one of the New Testament parables that I realize just how different a kind of God Pitt grew up with. To him, the parable of the prodigal son is an authoritarian tale told to keep people in line. ‘This,’ he explains, ‘is a story which says, if you go out and try to find what works for you and what makes sense for you, then you are going to be destroyed and you will be humbled and you will not be alive again until you come home to the father’s ways.’ It is not hard to see how he relates this to his own departure…When I ask whether he thought he would ever come back, he says, "I never thought past the leaving.’”

Wes Craven, director of Nightmare on Elm Street and Scream, responded to a question regarding what kind of film project he would like to take on:

“I come from a family that’s very sensitive to the whole religious issue; my mother and sister are fundamentalist Christians, and I’ve avoided doing a film about that so as not to offend them. But I think at some point I need to do that.”

The railing against God in Hollywood is very overt, very direct, and very propagated. Christians are often painted as raving lunatics, hypocritical and socially backward. How could it be otherwise when the scales have been so tipped to favor the summoning of demonic spirits and surrender to their empowerment? Are demons going to hold back and take it easy on society or do they really want to destroy mankind? The very nature of their being is to bring devastation and carnage from teachings found in their spiritual sewers. Paul the apostle warned about this increase of demonism in the times before Christ’s return:

"The Spirit clearly says that in later times some will abandon the faith and follow deceiving spirits and things taught by demons. Such teachings come through hypocritical liars, whose consciences have been seared as with a hot iron." –1 Timothy 4:1-2

Having pried open the average American mind with Hollywood’s hypnotic wiles via the television, demons have excessively introduced wasting doctrines of spiritual refuse that people have no idea they are even receiving. A researcher who has conducted extensive studies on the influence of film, Dr. Eric Peper, draws attention to his observations in that we do process what we see:

“The horror of television…is that the information goes in…It goes right into our memory pool and perhaps we react to it later but we don’t know what we are reacting to. When you watch television you are training yourself…so later on, you’re doing things without knowing why you’re doing them or where they came from.”

Another team of Australian researchers found that that television is a type of “sleep teaching” that involves subconscious absorption of imagery while the viewer is in a mild dreamlike state. 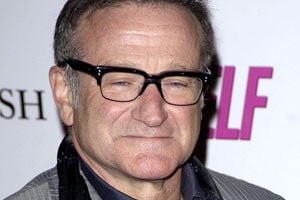 Satan’s job would definitely be much harder if he did not have at his disposal an army of recruits who are “sleep teaching” the world as he directs. Satan guides his own in hopes that he might ultimately guide you. Actress Drew Barrymore, who has made movies about sexual immorality and lesbianism, says of her dead grandfather, John Barrymore: “My grandfather is my guardian angel. He’s my moon. I see him every night.” Actor Kevin Bacon, who has projected characters who are homosexuals, rapists, occult initiates, liars and thieves, attributes his successful acting to what he calls “demons under the surface, and as an actor you have to keep them bubbling.” Robin Williams, funnyman whose characters teach that cross dressing, homosexuality, New Age practices, humanism and “doing your own thing,” is directed by a voice that speaks instructs his every move. Williams admits that a “voice will tell me either to take a role or not. And if I want to travel, that same voice lets me know whether or not the journey will be a safe one.” Satan has full dominion over the lives of those that entertain and who are in the business of filling our minds with new perspectives. What if Satan came to you and placed a mask over his face of your favorite movie star, would you listen to what he had to say? Whenever we haphazardly view films, we oftentimes lend our ears to the demonic realm for hours at a time and are unduly effected through the parables that are assembled to instruct. Let us examine the Hollywood elite and thereby prove just who it is that they serve.