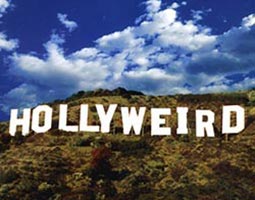 You would have to willingly be deaf, dumb and blind not to see the swift moral decline of America, as the major television networks continue their assault on biblical/traditional marriage. Isn’t it ironic that while the mainstream media celebrates gay marriage, they often disparage traditional marriage while glorifying divorce and broken families? Take, for example, two different television shows created by Ali Adler – NBC’s The New Normal and ABC’s sitcom Glee, which will glorify divorce.

The New Normal storyline is about a happy and successful gay couple who wanted to have a child but were of course biologically challenged. They end up enlisting a surrogate mother to have a child and appear as a normal family. While Adler’s The New Normal sitcom glorified the gay family without revealing the destructive consequences of gay relationships, Adler’s new program will implicitly denigrate traditional marriage by praising the supposed glories of divorce. In fact, Deadline reported that the show is “about the silver lining of divorce”:

“In a competitive situation, ABC has landed a single-camera comedy from “The New Normal” co-creator/executive producer Ali Adler, which will be produced by ABC Studios and Josh Schwartz and Stephanie Savage’s studio-based Fake Empire. Written by Adler, the untitled comedy is about the dirty little secret of those days and nights when your ex has the kids. You get to drink too much and binge-watch “Breaking Bad” without checking homework or giving baths — it’s about the silver lining of divorce.” (Source)

We should not be surprised that Disney (who owns ABC) would put out such trash, as Disney has given us such wonderful paragons of virtue as Miley Cyrus (who recently left the Disney-owned Hollywood Records for RCA) and Lindsay Lohan. Parents should be aware that the Disney Channel (Nick Teen channel) is not only subversively undermining child/parent relationships, but glorifying gay couple relationships among youth as well. If we allow our children to watch such shows, we should not be alarmed if they come to view that which God condemns (homosexual behavior) as good and normal or consider traditional marriage “old fashion.” 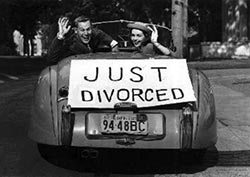 Sadly, we live in the age of apostasy that Jesus prophesied would come before His second advent. Jesus warned that it would be like the days of Lot in Sodom and Gomorrah, just before His second coming (Luke 17:28-30). Truly, dark satanic powers are at work, promoting gay marriage as the “new normal” and elevating the tragedy of divorce among heterosexual families comprised of a husband, wife and children, as a good thing!

Studies have shown that children from divorced families are far more likely to fall into drug use, crime, depression, suicide, etc. Such studies also demonstrate that most divorced people have serious regrets about their divorces. Don’t hold your breath expecting ABC’s new show, which will promote the supposed silver linings of divorce, to show the millions of children who suffer the heartbreaking consequences of an unbiblical divorce!