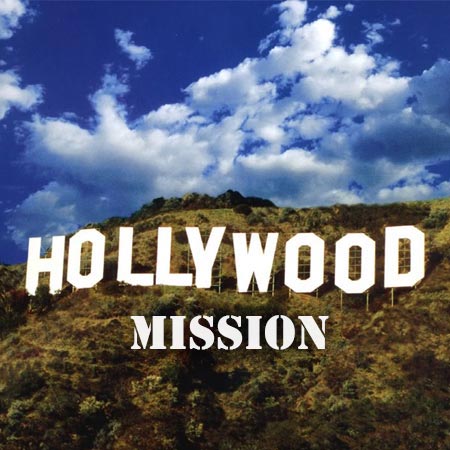 These small few who rule the motion picture and television industry field are quite often the most liberal people in the entire country. A survey conducted by the Center for Media and Public Affairs: “Found that on issues of sexual morality, abortion and religion, the people at the top of television and movie making were far more liberal than the rest of the country.” This gap becomes narrower each year as Hollywood continues to push the envelope and tear down the moral construct the country had built upon for two hundred years. Eighties phenom actress, Joan Collins, said of her nudity: “In doing so I felt I was breaking the ageism taboo that so many women feared and dreaded.” Today, definitely less taboo, nude scenes are a dime a dozen. Actor Mickey Rooney demonstrated the vast chasm between Hollywood and the public when he denounced Hollywood’s insidious hatred for Christ as exemplified in The Last Temptation of Christ:

“The Last Temptation of Christ provides a good example of the film establishment rallying around a bad film to protect its own selfish interest…That film, no matter what its defenders say, was a slap to the face of Christians everywhere, but Hollywood cradled the picture as if it were Citizen Cane.”

The life changing impact of an Almighty God through the ages is totally condemned by the movie kings and queens, and virtually written out of TV and motion picture films. Television screenwriter Lloyd Billingsley pinpointed:

“In the unwritten constitution of television…God is effectively written out of existence and Judeo Christian values on such things as adultery and divorce are disregarded.”

In one episode of Hill Street Blues, officers discover a man who had died in his room in front of the only witness, his pet sheep. They eventually conclude that the man had a heart attack while enflamed in the act of making love to his pet. Director Mick Garris, who brought us Sleepwalkers, which portrayed a mother and son involved in an incestuous relationship, also directed Critters 2 and Psycho IV: A New Beginning. In the press kit for his film he stated his purpose with clarity: “Our theme on this project was to take Norman Rockwell and send him straight to hell.” This escalating wickedness and lack of emphasis on righteous behavior is rapidly destroying our culture. Chariots of Fire producer, David Puttnam, calls to attention: 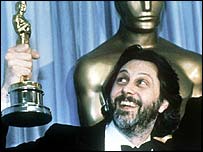 “What we think of now as the excess of the Roman circuses, where in the end hundreds of thousands of people died, didn’t start that way. They started legitimately as circuses, extremely mild entertainment. But the audience demand for more and more resulted over a period of several hundred years in that form of entertainment becoming more and more bloody, more and more grotesque. What might have been a woman raped publicly by a centurion, a year later was a woman raped publicly by an ass, and ten years later was ten women raped publicly by a hundred asses. The audiences desire for that goes way back, deep into history…this is disaster, we are destroying ourselves. Successful societies have destroyed themselves…It’s bad for us, we’re damaging ourselves. We are untying the fabric of our society.”

Christians on average view the same amount of television and motion pictures as non-Christians. This type of bloodlust, sexlust and perversion is filling their minds just as significantly as everyone else’s and is desensitizing them to the righteous calling of the Lord. Hence, the Christian church is spiraling out of control due to frivolous pursuits after the warped circus life Satan visually offers on the screen. Historian, Arthur Schlesinger, informs us that these visions are working:

“No doubt the producer tries to control the audience…the audience is far from passive. It seizes from the movies what it needs for its own purposes of tutelage and fantasy.”

Parents, we need to guard our children now more than ever from these kidnappers of the mind and heart who smuggle death into their lives without remorse. Even the one who claims to be the representative for Satan on this earth, Anton LaVey, proactively guards his son. When he was asked if he let his son watch TV, LaVey replied: “NO. He can when he’s old enough, if he goes into it warned.” Does a Satanist have more scruples than a Christian parent who follows the Bible does – which is the best-written guide to parenting ever?

The power Hollywood throws around when they bombard the audience with their own immoral perceptions is amazing. Director Tim Burton, creator of films such as Beetlejuice, related his personal feelings about his productions. He confessed: 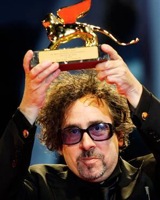 “…I’m intrigued by things that are perverse…I saw an audience react to it, I got, like frightened. I got chills, I was really terrified. I don’t know why. I guess it’s the power.”

Burton’s perverse pestilence is slitting the wrists of our youth while bolstering his own influential ability to tear down the family as a unit. TV Guide surveyed the scene and noted that TV “is making our youth callous and damaging America’s image abroad.” Aleister Crowley knew that the strength of a culture was wrapped up in the strength of the family, and hated its very existence. In accordance with the plan for its destruction, as is currently occurring through TV, he stated: “wherever the family has been strong, it has always been an engine of tyranny.” He wanted it annihilated and would not have been more pleased to find his plan being carried out by a talking tube that is willfully placed in everyone’s home for appropriating his necessary steps for indoctrination.

Society is taking propaganda from the television and applying it to their lives. As Steve Martin says in Grand Canyon: “That’s part of your problem, you know, you haven’t seen enough movies. All of life’s riddles are answered in the movies.” This mindset is, oddly enough, becoming the unwritten rule. As a result, the TV culture is launching their influential moral grenades at society and batting 1000%. The famous comedian actor, Bill Cosby, who starred in the renowned Cosby Show, had this to say about the majestic issue of television influence:

“The networks say they don’t influence anybody. If that’s true, why do they have commercials? Why am I sitting here with Jell-O pudding?”

Beside the obvious implications of his conclusion, Cosby brings up a valid point. If the networks are truly not influencing people, then why do they sell advertising spots worth millions of dollars under the assertion that advertisers will be able to reach and affect the most people through them? This is typical Hollywood double talk, as the networks will never give back the billions of dollars they have acquired from selling promotional spots to those wishing to infiltrate the public with their products. The lies of tinseltown continue to mount and God will eventually pay them back for their sins.

Further, scores of actors have surrendered to the demonic beckoning of occult guidance. Sigourney Weaver pronounced that the spirit of the anthropologist, Dian Fossey, guided and protected her during her performance in Africa during the shooting of Gorillas in the Mist. Actor Patrick Swayze, who starred in Ghost and Dirty Dancing, carried around a gem studded magic wand whereby he called for help on the set with. He boasts: 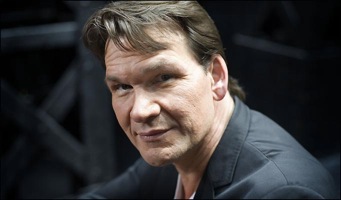 “It’s my magic wand. It’s been in the hands of holy men in India and Japan and all over the world. I put it into each person’s hand and say that this is to bless the production and create an atmosphere of mutual goal devoid of ego.”

Swayze is calling on spiritual forces of wickedness to oversee the production of his films. He has drifted through Scientology, Buddhism, Transcendental Meditation, tai-chi and other facets of the New Age. Actress Kim Bassinger took an emergency leave from the set of The Marrying Man to consult with her personal psychic. Sally Struthers, Burgess Meredith, Phyllis Diller and Ted Danson regularly visit psychics for direction and healings. Paul Michael Glaser from Starsky and Hutch was in the habit of going off by himself on the set until his “karma cleared.” Major movie stars have resigned to allowing the forbidden signs of the astrological stars to be their leader: Ed Asner, Jonathan Winters, Valerie Bertinelli, Burt Reynolds, Steve McQueen, Susan Hayward, and Brigitte Nielson to name a few. Jessica Lange, Ted Danson, Linda Gray, Glenn Close, Louis Gossett Jr., Christopher Reeve, Susan Surandon, Shelley Long, Daryl Hannah and Richard Gere all practice a deviated form of astrology called “Astroyoga”. George Hamilton, Michael York, Cybill Shepherd, Liz Taylor, and Stephanie Beacham all tote crystals. The New Age belief dictates that crystals give off psychic vibrations that help tune the body to the proper frequency so that one might be apt to gain contact to the god within.

Clearly, Christians have a different agenda and belief system than the vast majority of the Hollywood crowd. Hollywood influences hundreds of millions of people, but Jesus proclaimed:

If you find that you can name the line up of television shows on a given night better than you know the Scriptures, it is time to make a change. How many of our children can better explain their favorite cartoon than they can the great commission? We must saturate our minds and hearts with the Word of God and allow the Lord to change us instead of allowing the entertainment of the world to transform us. Paul the apostle wrote:

Do not conform any longer to the pattern of this world, but be transformed by the renewing of your mind. Then you will be able to test and approve what God’s will is-his good, pleasing and perfect will. –Romans 12:2

Now we will be wise if we do this. As James said:

But prove yourselves doers of the Word, and not merely hearers who delude themselves. –James 1:22