Roman Polanski and a Pedophile’s Paradise 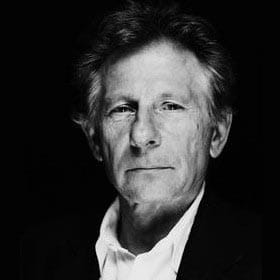 I was shocked recently when reading a Huffington Post blog defending fugitive child rapist, Roman Polanski, even though the Huffington Post is notorious for its far left views and borderline celebrity worship.

The blog, written by Joan Shore, presented the most reprehensible arguments imaginable in an attempt to absolve film director, Polanski, of drugging, raping and sodomizing a 13-year-old child! Again and again, the HP blog twists the facts of Polanski’s rape of this young girl to diminish the seriousness of his crime.

Incredibly, near the beginning of Shore’s blog, we read that she was able to “excuse” the Swiss for aiding and abetting the Nazis by allowing their “military trains to transit their country,” but said she could never forgive the Swiss for acting on an “extradition treaty with the U.S.” and seizing Polanski, an escaped felon. Really, Joan?

Next, the blog states, “The 13-year-old model ‘seduced’ by Polanski had been thrust onto him by her mother, who wanted her in the movies.” Far from absolving Polanski of his guilt, Shore is merely indicting Polanski of yet another crime, as he would be guilty of engaging in child prostitution as a result of trading professional favors for sex with a child. The truth is Polanski initially approached the child’s mother about taking photos of her daughter, a trick commonly employed by sexual predators.

Unbelievably, the HP blog then seeks to minimize Polanski’s crime by stating, “The girl was just a few weeks short of her 14th birthday, which was the age of consent in California. (It’s probably 13 by now!) …” Incredibly, this deceptive justification is wrong in at least three ways. First, the age of consent in California was not 14 when Polanski raped the child. Secondly, it is not 13 now. In fact, the age of consent was raised from 16 to 18 in California dating as far back as 1913, long before Polanski drugged, raped and sodomized this poor child! Third, notice how Shore slips in words like “seduced” and “consent,” leading her audience to believe that Polanski’s victim was somehow complicit in the rape.

The truth is that Polanski brutally raped this child, and it was far from consensual. In her grand jury testimony, Samantha Geimer stated that after Polanski had given her alcohol and a Quaalude, she repeatedly told him, “I want to go home.” Samantha testified, “I was going, ‘No, come on, stop it,’ but I was afraid.” Tragically, Polanski refused to stop and proceeded to brutally sodomize the seventh grader.

Speaking of the devil, many of Polanski’s movies reveal his affinity for Satanism and sexual perversion. In his movie “Rosemary’s Baby,” Rosemary is depicted as being raped by Satan in a dream and later bears his child. Polanski actually hired Anton LaVey, the founder of the Church of Satan, as a consultant for the movie. In Polanski’s film “The Ninth Gate,” starring Johnny Depp, Polanski again promotes sexual perversion and satanic ritual. Polanski actually called “The Ninth Gate” “an advertisement for hell.”

Sadly, there are many people like Joan Shore who are easily star-struck and blinded to the seriousness of certain crimes due to the celebrity of criminals like Roman Polanski. If Polanski were an anonymous child molester and not a Hollywood elitist, only the most perverse individuals would be defending this unrepentant pedophile.

On March 23, 2003, Hollywood elitists rose to their feet to give this child rapist a standing ovation and awarded him the Best Director award for the film “The Pianist.” Now there is a petition circulating liberal celebrities seeking the release of Polanski are signing. The fact that they would sign such a petition may say as much about the liberal celebrities as it does Polanski! Among the signatories are Martin Scorsese, Woody Allen and Pedro Almodovar. Allen, as you may remember, was rebuked by the judge in his custody case with Mia Farrow for “grossly inappropriate” behavior toward their adoptive daughter whom Allen had taken nude photos of. Farrow accused Allen of molesting both their 7-year-old adoptive daughter, Dylan, and Soon-Yi, whom Allen would later marry. The “openly gay” Pedro Almodovar, whose perverse movies, like those of Polanski’s and Allen’s, are somewhat biographical, has a mother selling her 12-year-old son to a homosexual dentist as a sex slave in his movie, “What Have I Done To Deserve This?”

Ironically, Shore fails to point out that when she met Polanski with Mike Wallace, Polanski was involved in a sexual relationship with Natasha Kinski, who at the time was only 15 years old!

In Thomas Kiernan’s biography, “The Roman Polanski Story,” we read, “Roman just couldn’t understand why screwing a kid should be of concern to anyone. He’s screwed plenty of girls younger than this one, he said, and nobody gave a damn.” We further read, “When in France, he arrogantly displayed pubescent girls under his spell who were used and discarded, shouting, ‘I love young girls … very young girls.’”

Tragically, Polanski’s perpetual thumbing of his nose at the law has made him a poster boy for sexual predators who want to believe they can commit the crime and not do the time. What has the world come to when popular news sources are making bogus excuses for a purported serial pedophile who has pleaded guilty of raping a 13-year-old child? What has the world come to when multiple government-funded ACORN offices are caught attempting to help a pretend pimp and prostitute open up brothels for 13-year-old child prostitutes?

In the DVD The Kinsey Syndrome, which film critic Ted Baehr called “one of the most important films of the 21st century,” we document how the far left is trying to turn the United States into a pedophile’s paradise. Tragically, what we are witnessing before our very eyes is the second coming of Sodom and Gomorrah. Prayerfully, we will be on God’s side when the fire and brimstone comes raining down from heaven!