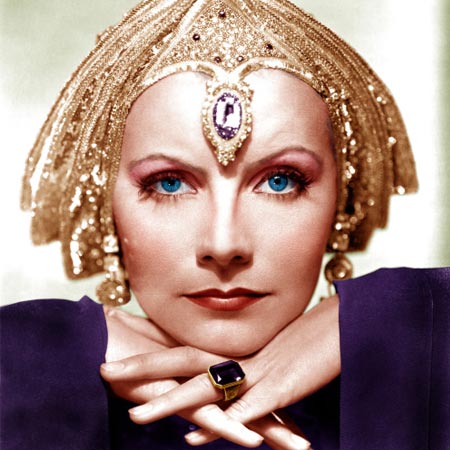 During the late twenties and thirties, Greta Garbo was another reigning screen queen who was known as “the immortal one.” Because of her onscreen dynamics, her portrayals of adultery, seduction, lust, murder, and worship of eastern gods continuously captivated audiences around the globe. Her movie The Flesh and the Devil appropriately begins with the title card:

Garbo was that woman. As a result of her films, she knew the power that she wielded over the lusting hearts of millions of men and alluded to her own performances as adultery, stating, “I am a woman who’s unfaithful to a million men.” Biographer Barry Paris writes:

“In addition to her beauty and subtlety, it was Garbo’s unprecedented eroticism that transfixed audience-those first opened mouth kisses and…close ups of them.” Her costar John Gilbert was awed, “Frankly, we have never in our career seen a seduction scene so perfectly done.”

In addition to leading the way for the likes of Mae West, Garbo also introduced the world to New Age philosophies. In her movie Mata Hari, Garbo is seen suggestively groping and dancing around the life-size Hindu goddess Shiva, as she emphatically proclaims: “Shiva, I dance for you tonight as the Bayaderas dance in the sacred temples of Java.” Co-star Ramon Novarro was shocked by the scene, implying an other worldly transformation in the dramatization of her performance, “The moment she began acting her whole being changed, and the force she radiated electrified those acting with her.” As a bewitching presence that was charmingly “unfaithful to millions,” would Garbo have sold out to Satan to become a successful and "electrified" actor? You be the judge.

The “immortal one” once declared:

“I didn’t have anyone to whom I could talk freely, so I went to occultists, devil worshippers, mind readers, and those who occupied themselves with the summoning of spirits. Because I believed in life after death, I kept trying to talk to my father and Moje. During my dreams I heard their voices-terrible, angry voices…”

Garbo’s involvement with the occult was a lifelong interest that she held dear to her heart. Mae West’s psychic, Kenny Kingston, was also a personal friend and psychic consultant to Greta Garbo for 35 years. He said, “I gave Garbo what would be the first of many brief psychic readings.” He recalls one incident:

“It was in that apartment that I met with Garbo after our dear Gayelord passed, this time to hold a séance and attempt to make contact with him in spirit….’You must come see me!’ she insisted. It was very important for her to know that Gayelord was doing well…we were able to get those answers for her.”

In fact, he was one of the last persons in her apartment conducting seances for her before her death. Contact with the forbidden spirit world yields a host of lying spirits who are more than willing to lead people astray. Because they have a storehouse of knowledge available to them about life experiences of individuals, they oftentimes take on the names and voices of relatives and friends, recalling experiences that only that person knew about. Garbo was seduced by this and developed spirit contact with a demon that masqueraded as a dead friend. She came to rely on this presence for life’s direction. She said, “I would kneel and speak to him…. He would give me advice, especially about taking care of my health and living long, because death is boring.” She describes her trips to mediums, and her ability to hear voices at gravesites. Recall to mind that she described these as “terrible angry voices.” This was a woman who was not hearing the voice of God, but the voices of demons who toyed with her complete bondage to the sinful web of the occult.

The “immortal one” admits that the Hollywood mindset 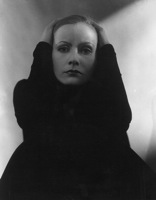 “led me to astrology, occultism, and magic. I read books and magazines on these elusive subjects. Later, when reading alone could not satisfy my interest, I began searching out mediums, fortune -tellers, card readers, and anyone else with extrasensory perception.”

It is not hard to understand Garbo’s landslide of fame given her surrender to demonic powers. Garbo’s contribution to the deterioration of Christian morals echoed in her desire to successfully portray a prostitute in order to win people over to that very character:

“As I read the scenario, I forgot my original misgivings and became absorbed in thinking about women in general-that all of them have within their souls some feeling for prostitution…Who knows? I began to think I could play Karin successfully. She was an American woman who loved sexual fun with all the trimmings while at the same time she remained a…wife.”

This diabolical ability to influence the perceptions of society culminated in a worshipful acceptance and following of her lead. As Kingston said, “she knew how to get attention and be worshipped,” and she did it. Just as God sent prophets to prepare the way before the coming of Jesus Christ, so Satan has sent his prophets out into the world, preparing the way for the Antichrist. And just as Garbo sought to “successfully” portray and glamorize prostitution, the Bible refers to those who follow the Antichrist’s false system as the "whore." (Revelation 17 ) Satan WILL deceive the world into joining with "the whore," much to his satisfaction.

Just as in times past, Hollywood will continue to spoon-feed wickedness to the world in preparation for the entrance of Antichrist. The stage has been set to such a degree that when he walks on the scene with his approvals of evil, the world will unite as one in their wicked ways and accept him with open arms with Hollywood leading the way. As actor Tom Hanks states, “In our future, we will be all one mankind.” One hundred years ago, society would have rejected Antichrist. However, with the invasion of Hollywood and rock stars, the pillars of Christian beliefs have all but toppled in on themselves, fulfilling Scriptures warning that there will be a massive falling away from the faith during his rule.