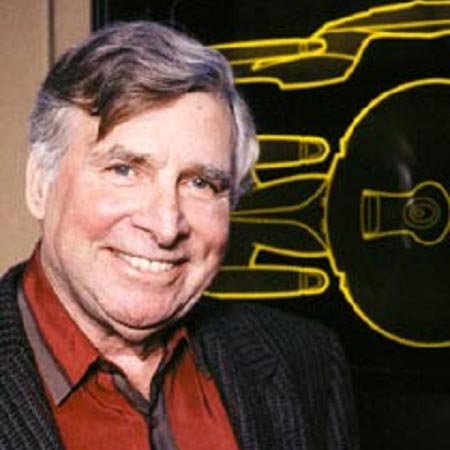 Throwing all caution to the wind, Richard Dreyfuss has instructed us:

“You want to know what going to a movie is all about? It’s a religious experience, surrender to it, it’s great.”

In contrast to Hollywood’s salesmen who would have us abandon all sense of reason to blindly accept their pandered bill of goods, the Word of God commands us:

"But examine everything carefully; hold fast to that which is good; abstain from every form of evil." –1 Thessalonians 5:21-22

The type of religious experience the King Kongs of Hollywood would have us surrender to through movies should be crystal clear. Christians are called to be on guard against fraudulent affirmations of the world system that is under the control of their enemy. Unfortunately, many people have fallen prey to their religious delusions and become casualties of the movie machines who march forward uncaring as to who they tread down in the process. Satan’s spread of immorality and religious reformation was increased in the 1980’s, as a new wave of what was formerly considered religious poppycock took root. As always, Hollywood was on the front lines to lay the groundwork needed to gain momentum in the paradigm shift. 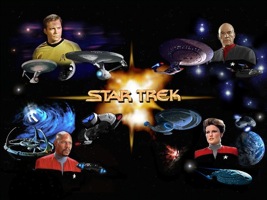 The resurgence in the 1980’s of Gene Roddenberry’s Star Trek feature films re-ignited the fire of millions of dormant "Trekies" around the country. Continuing on steadily through the 1990’s, the Star Trek phenomenon branched out into multiple television shows that paid tribute the original 60’s series. Replete with New Age iconography, the Star Trek shows categorically dealt with issues such as telekinesis, mental telepathy, atheism, psychic phenomena, channeling, mind transference, entities cohabiting the same body and occult themes and ideologies that were strung throughout the series. The creator of the rage, Gene Roddenberry, has become somewhat of an icon himself, and was responsible for much of the current space age mania that has become ingrained within the culture today.

It may be shocking to some to learn that this hero of sorts had zero regard for Christ and was dead set on establishing a new age of thought that countered Scripture through his cinema creations. Roddenberry’s biographer, Joel Engel, reflects on the humanistic propensities that governed his life in accordance with Crowley’s undoing of moral restriction:

“A devotee of humanistic philosophy, he had disdained organized religion, having long before slammed the door on the Baptist teachings of his early childhood in the belief that religious faith was a vestige of prerational age. In Roddenberry’s universe, Man made the rules and Man could break the rules.”

Jesus said that He was the only door to the Father, and when Roddenberry slammed this door, his life became subservient to the dictums of the ruler of this world who found use for him by creating false worlds and realities whereby people could find refuge in apostate philosophy. These worlds sent a harmonious message with Crowley’s axiom. He says:

Moreover, just like Crowley, Roddenberry has recalled his Christian upbringing with disdain:

“I had never really paid much attention to the [church] sermon before, I was more interested in the deacon’s daughter and what we might be doing between services. I listened to the sermon, and I remember complete astonishment because what they were talking about were things that were just crazy.”

Roddenberry had a clear grasp on the concept that his television shows would be the wave of the future. His future shows would comply with his antichristian and humanistic New Age mindset to prepare mankind for its unavoidable future under the antichrist. His programs had a stunning impact on American culture, eventually making Star Trek a household name, mainly because they spoke to fundamental issues appealing to the human race as a group travailing to remain cohesive without responsibility to God’s commands. This is compliant with the theory of evolution, which many New Agers adhere to as part of our divine remaking into gods. Roddenberry states:

“It’s a kind of interdependence in which the whole is greater than the sum of its parts. I think this will form a new species, a human collective. I think we may be headed that way. It seems to be a natural consequence of evolution.”

Akin to occult and Satanic teachings, Roddenberry suggests that we are all gods when asked, “So basically what you are saying is that I am God?” He replied: “Certainly. We both are.” But as he points out, this is opposed to the Biblical truths and in line with mysticism, which he sought to disguise through the characters and stories on his shows:

“It’s not the Judeo-Christian God…that was a leap of faith. Creating Star Trek was a very spiritual experience, in that definition…It really is a life beyond this one. It’s my world…Perhaps it’s that divinity in us that we call God.”

One Star Trek motion picture sought to drill this lie into the consciousness of its fans with the following script dialogue:

Bones McCoy: “We came speculating. Is God really out there?”

Captian Kirk: “Maybe he’s not out there, Bones. Maybe he’s right here. (Pointing to his chest.) The human heart.”

The storylines that made Roddenberry famous were in fact given to him in conduit fashion from the demonic kingdom. Recounting his role as a medium, he admits:

“What happens is that I bring them out into this world, the world of humanity, and they take their place among them. Among us. But I don’t think I create them. They already exist. I just, I just, introduce them. That’s really where the whole idea of Star Trek came from…I’m just a vehicle, a transporter.” 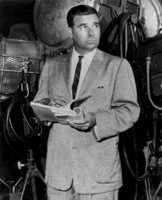 He has also admitted to receiving the basis for his shows through psychic intervention and explanation. Anton LaVey and Aleister Crowley both spoke of a group of demonic entities collectively called "The Nine." Crowley wrote: “I serve my great master Satan and the august Council of Nine.” Roddenberry wrote a script for an entire summer under the influence of a psychic entitled “The Nine,” about a group of aliens who would invade the earth and establish a new kingdom, which reverberates with the Scriptural prophecies about the antichrist and his new kingdom under Satan and his fallen angelic alien beings.

Roddenberry’s surrender to the forces that are aligning this world against Christianity and Christ allowed for him to make incredible statements to hundreds of millions of people globally that reflects the wicked intent of his messages. He stated of Kirk, “I’m Kirk. Captain Kirk,” and of Spock, “He’s me.” So in reality, the characters of the show served as front men to deliver a facilitated message that truly represented the satanically inspired stance of Roddenberry himself. He admits:

“That’s why I had to make Star Trek. I felt I had something of importance to say, and if I could say it in a way that was entertaining to others, then maybe they would listen.”

It is the same old song and dance with these eccentrics that are unable to transmit their foreign ideas through regular modes of communication because people on most counts tend to think they are psychotic. So, they therefore set out to Hollywood, where they can be received with open arms and given full access to the entire world for the spreading of their message couched in entertainment. No wonder it is called Sin City – Satan loves this place.

Arguing that Roddenberry was influenced by occultism is like arguing that the sky is blue- the evidence is clearly there for those who are willing to take a look. Keep in mind that in addition to the original Star Trek series, the spin-offs Star Trek: The Next Generation and Star Trek: Deep Space Nine has viewers rallying back to their television sets several times a week. Also, the series has spawned seven motion pictures, animated episodes, as well as fan clubs, organizations, fanzines, merchandise, conventions, monthly mass market publications, novels, fan club magazines, technical manuals and much more. As if these do not speak for themselves, it also happens to be the favorite show of the Eastern mystic who believes himself to be the reincarnated Messiah of the world, the Dalai Lama, further illustrating how the overt themes of the show can coordinate with those of premier leaders who hold to demonic ideals. The supernatural involvement of spiritual forces of darkness that are instrumental in making the world more cohesive for the future reality under the antichrist are totally behind these programs. Satan is in the process of making converts and discipling his own for this time ahead, where the world will reflect the ideologies embraced by shows that make no room for the one true God. As practitioner of Crowley’s magic, Robert Anton Wilson, agreed: “Star Trek is a better guide to the emerging reality than anything else in the New York Review of Books.”