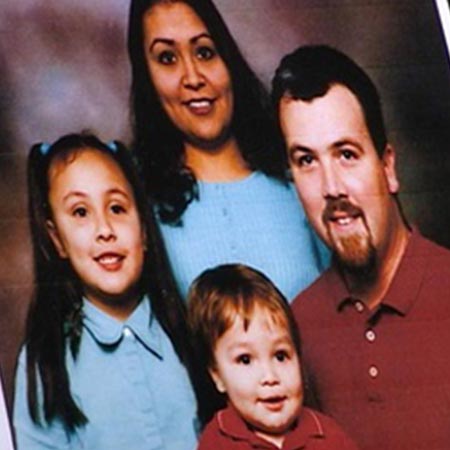 A Closer Look at the Glendale, AZ Stabbings

On May 30th, 2009, just before 4:00AM, 29-year-old Michael Miller of Glendale, AZ stabbed his wife and 10-year-old daughter to death after screaming Eminem lyrics. He also proclaimed to his victims, “Here comes Satan, I’m the anti-Christ, I’m going to kill you.” His 4-year-old son survived being stabbed 11 times. Miller told detectives that he was possessed and that he visualized his wife, Adreanna, as a demon.

Ironically, Miller told police that he had tucked his son into bed the night before, and they said a prayer together asking God to keep them safe.

1 John 4:4 tells us “the One in you is greater than the one who is in the world.” Who is “the One” in every Believer? The Holy Spirit. Romans 8:9 states that a Believer is controlled by the Spirit of God. And 1 Corinthians 3:16 states that God’s Spirit lives in every Believer. For Miller to have been truly possessed by a demon, then the Holy Spirit could not have been present in Miller.

In our Rockumentary They Sold Their Souls for Rock n Roll, we take you behind the scenes to discover the power of music and the deceptive agendas of many popular artists, in their own words, and reveal just how Satan is using popular entertainers to destroy the moral fabric of society. Eminem is just one in a long list of artists who are influencing not only our youth, but apparently adults such as Michael Miller as well.

When one reads the lyrics to Eminem’s song “3AM”, they are strikingly similar to the events which happened in the Miller household on May 30th. (Read the lyrics here.) While the exact words “Here comes Satan, I’m the anti-Christ, I’m going to kill you” are not found in “3AM” or any other Eminem lyrics, there is no doubt that an evil “spiritual force” is behind many of his lyrics, which are directly from the pit of hell. There’s also no doubt that Satan wanted everyone to know who was behind these brutal murders, apparently speaking through Miller as he stabbed his family. 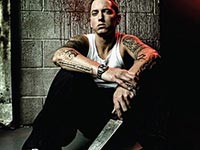 Consider the lyrics in “Kim” (Warning: Explicit Lyrics), another in a long list of songs by Eminem in which he sings about murder (“Kim” happens to be about killing his wife). Here is yet another example of how Satan is using artists to glorify murder. Rolling Stone Magazine once stated, “Eminem’s violent acts are a scene worthy of ‘Slim Shady’.” According to a Spin Magazine cover story on Eminem (titled “The Devil & Mr. Mathers”), they referred to the “spirit of Slim Shady” that Eminem encountered while in the bathroom. Apparently Eminem is allowing an evil spirit, which identifies itself as Slim Shady, to channel perverse lyrics through him, which would explain the consistency with which violent acts and murder seem to follow after Eminem and his music.

“…you must rid yourselves of all such things as these: anger, rage, malice, slander, and filthy language from your lips.”

If we are allowing artists such as Eminem, who is no doubt filled with “anger, rage, malice, slander, and filthy language”, into our lives or our children’s lives, then we are making it increasingly more difficult on ourselves to follow God’s word in Romans 12:2, which tells us to,

“be transformed by the renewing of your mind, so that you may prove what the will of God is, that which is good and acceptable and perfect.”

“…let us cleanse ourselves from all defilement of flesh and spirit, perfecting holiness in the fear of God.”

“Therefor consider the members of your earthly body as dead to immorality, impurity, passion, evil desire, and greed, which amounts to idolatry.”

One thing is for certain, our struggle is not against flesh and blood, but against… “spiritual forces of evil”.

This is why it is so important to guard ourselves and our loved ones from influences which pull us away from our Lord, grieve the Holy Spirit, do not honor or glorify God, and which also could allow Satan to get a foothold in any area of our lives. Philippians 4:8 admonishes,

It is our prayer that Michael Miller’s son makes a full recovery, and that both would fully submit their lives to Jesus Christ.

May you walk in the light of our Lord, holding fast to what you have (in Christ) until He comes. (Rev 2:25)