Donald Sterling Not So Sterling 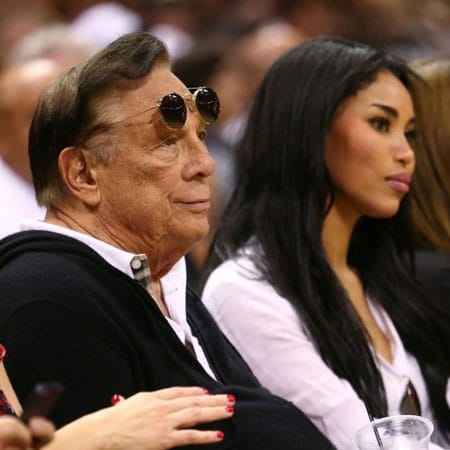 The childhood idiom “Sticks and stones may break my bones, but words will never hurt me” could not be further from the truth. While it may be used to attempt to comfort those being bullied, it merely puts a band-aid on a bullet wound. The Bible actually warns us “Death and life are in the power of the tongue” (Proverbs 18:21).

As far as Los Angeles Clippers’ owner Donald Sterling goes, his tongue has bought him a lifetime ban from the team he bought in 1981. While we will not use this as a piece to debate whether the NBA did the proper thing concerning how they handled a recorded, private conversation, we will point out that the words that were recorded showed the condition of this man’s heart. As we are told by Jesus Himself, “The good man out of the good treasure of his heart brings forth what is good; and the evil man out of the evil treasure brings forth what is evil; for his mouth speaks from that which fills his heart” (Luke 6:45).

Not only was Sterling recorded speaking in an arrogant and racist fashion in a conversation with his girlfriend, often seen with him at basketball games, but it also showed forth his marital infidelity. That’s right! It was not Mr. Sterling’s wife, Rochelle Stein (whom he has been married to since 1955) who recorded the now infamous conversation. It was the man’s mistress who ended up exposing the conversation that led to his demise. (…your sin will find you out. Numbers 32:23)

While Mr. Sterling’s lifetime ban may keep him from basketball games, this is not the final judgment this man will have concerning his tongue. “But I tell you that every careless word that people speak, they shall give an accounting for it in the day of judgment” (Matthew 12:36). Mr. Sterling, as well as all of us, will give an account for every idle word that is spoken. Let us make sure that we bring forth life to those we speak to, speaking words of truth, loving our neighbor as ourself, and remembering that “There is neither Jew nor Greek, there is neither slave nor free man, there is neither male nor female; for you are all one in Christ Jesus” (Galatians 3:28).