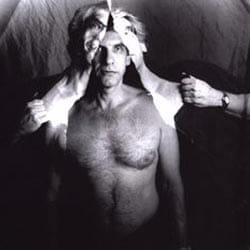 Much talk and lip smacking have surrounded the topic of violence in the media. While it remains illicit to physically harm an individual in our society, movies have created a netherworld of horror and violence that has soaked society with a permissive consciousness toward violence. In depth studies have been conducted to such a degree, that even the government has ignited a torch to rally against violence portrayed in the media. The government has spent millions of dollars to conclusively issue statements that horror/violent television/movie shows can adversely affect individuals. While their ability to get to the bottom of this dilemma may seem impressive, they could have saved millions of dollars and man-hours by just opening up the Bible. No matter how advanced mankind seems to be, they will never have more insight than the Scriptures, because the Scriptures are pure truth. Proverbs 16:29 says, "A man of violence entices his neighbor, and leads him in a way that is not good." How? A man who triumphs through violence suggests that whatever one desires, one can obtain and enact upon. Movies articulate this with imperious conviction.

Ephesians 4:25 says, "Do not let the sun go down on your anger, and do not give the Devil an opportunity." Satan’s violent streak of rebellion thrives in those who harbor bitterness, hate and anger. Popular horror filmmaker John Carpenter admits, “But I think a lot of directors who make horror films…express through their movies very hateful and vengeful feelings.” The Scriptures also warn against associating with an angry man. Proverbs 22:24 warns, "Do not associate with a man given to anger; or go with a hot tempered man, lest you learn his ways, and find a snare for yourself." The reason why is the same as with the violent man. Instead of harvesting the fruit of the Spirit, patience, love and self-control; one is able to take matters into his own hands and arrive at his own solutions through an angry horrific violence.

The Scriptures warn that whatever a man sows he will reap. We are reaping a society of psychopaths who engorge themselves with violence on a daily basis. As a result America is the most violent culture in the world bar none. Our reputation precedes us as being a wicked, barbarous people in the eyes of other countries because of the message we send in our movies.

David Cronenberg, director of blood splattered films such as Crash, eXistenZ, The Fly and Scanners, exalts the attributes of Cain and glorifies Satan’s realm in his flicks. His fascination with murder led him to proclaim, “Every time I kill someone in my movie, I’m rehearsing my own death.” Contrary to popular belief, moviemakers do not make films to just entertain people. The stories on the screen are concepts that are deeply personal to them, and they take them very seriously. They could care less about your happiness, safety, contentment, or resultant lack thereof. Cronenberg’s hard hearted obvious attempts to portray the demented as fascinating comes as no surprise, considering that he believes that it is his personal responsibility as a filmmaker to be an immoral lackey. In a Rolling Stone interview, when asked if his art (film) had any moral or social responsibility, he replied:

“No. No. Still doesn’t after all these years…But as an artist, that’s where the paradox is, your responsibility is to be irresponsible. As soon as you talk about…responsibility, you’ve amputated the best limbs you’ve got.”

Crornenberg’s films, as the rest of Hollywood, represent a philosophical system of beliefs that are being smuggled into your life. Martin Scorcese trumps this concept in his book, A Personal Journey with Martin Scorcese through American Film, where he devotes an entire chapter appropriately titled "The Director as Smuggler." By placing illusions on the screen Hollywood is able to express their own viewpoints on life in very tantalizing ways. Cronenberg has said of his movies, “It’s a really complex process, but I’m responding to things in my own life, so on one level it’s all personal stuff.” Also, “It’s an existential truth, it’s very raw and real.” 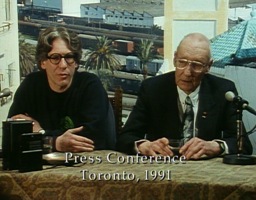 What are his truths? They rally around an occultist named William Burroughs, who, through demonic possession expresses his magic through his writings. William Burroughs was an occult author whose books conveyed, as one secular magazine describes them, “phantasmagorias of buggered boys, bloody syringes, talking [expletives], and vaginal teeth.” His ideas are so twistedly morbid, that there are occultists today who would have even preferred to meet him than the chief Satanist of the twentieth century, Aleister Crowley.

Burroughs was indicted on charges for the murder of his wife early on his life. The demonic possession that urged him to shoot her has never abated him. Says Burroughs, “I live with the constant threat of possession, and a constant need to escape from possession, from control.” Cronenberg’s adulation of Burroughs was proofed when he formulated Burroughs’ work, Naked Lunch, into a movie. In an interview with Cronenberg and Burroughs, Esquire magazine stated,

“Revulsion No. 6: Possession by Demons: There’s no question that in one way or another both men (Burroughs, Cronenberg) are absolutely possessed… ‘I would have to say yes, evil exists, definitely,’ says Burroughs. ‘I’m very interested in the whole matter of possession and exorcism.’ He’s said in the past that he felt that the dark presence that possessed him on the day he shot his wife has never left him. ‘I asked myself,’ he goes on, ‘why do these demons have such necessity to possess, and why are they so reluctant to leave? The answer is, that’s the only way they can get out of hell – it’s sort of like junk. They possess somebody and they want to hang onto it because that’s their ticket out of hell.’”

Burroughs’ writings reveal his attempts to initiate society into his Satanic bondage. While brazenly repulsive, they also express the message of Crowley’s “Do what thou wilt” philosophy. In the horror scape of Burroughs’s then Cronenberg’s Naked Lunch, we are told, “nothing is true, and everything is permitted.”

Burroughs also concedes to a devout lifestyle of homosexuality. At 68 years of age, in response to a question regarding his preference for boys, he spews: “Certainly. Who wouldn’t? I can go as low as fifteen, perhaps fourteen…I like boys who are circumcised.” Cronenberg further reveals Burroughs Satanic depravity:

“It’s very obvious in what he writes that his dark fantasies happen to be sodomizing young boys as they’re hanging. I can actually relate to that to quite an extent. I really understand what’s going on.”

Burroughs confessed to the function of his art as that of “making people aware.” Just as Satan desires to utterly destroy Christians and hates Jesus Christ with all of his being, Burroghs’s wicked messages that desire to make people aware center around a demonic hatred of Christianity as well. He has said:

“I do feel that Christianity is the most virulent poison ever administered to a disaster prone planet. It is parasitic, fastens onto people, and the essence of evil is parasitism.”

"The Spirit clearly says that in the latter times many will fall away from the faith paying attention to seducing spirits and things taught by demons."

Scripture has already predicted that men like the admittedly possessed Burroughs would teach demonic ideas- and what better way than through movies. Cronenberg recalls, “The writings of Burroughs have been a big influence on me….I have felt his presence in my work for a long time…” As Anton LaVey, co-founder of the Church of Satan has said, the Satanic mindset is to simply surrender to the evil desires of your flesh, and live life in your own way. Movies bring that concept home. Says Cronenberg of his influence: “I would like it if you could say that I was the embodiment of absolute evil.” However, that title is already taken by his spiritual father, the devil. His horrific movies are his vehicles whereby he is able to transpose his viewpoints into the mainstream consciousness of the viewer.

Cronenberg and his contemporaries have sold out to this world system under Satan and are effectively working toward fulfilling the prophecies that wickedness would increase. Jesus said that there would be false teachers who would rise up in the last days and deceive many. Peter similarly warns that:

"Just as there will also be false teachers among you, who will secretly introduce destructive heresies, even denying the Master who bought them, bringing swift destruction upon themselves…3 and in their greed they will exploit you with false words." –2 Peter 2:1, 3

Hollywood’s false words and teachings through stories crave entrance into your heart in order to supplant the hope of the gospel. Cronenberg proclaims the purpose of his films as such. He gloats:

“I’m positing art as a means of coming to terms with death. Yes, I’m putting art in opposition to religion-or as a replacement for religion, in the sense that if religion is used to allow you to come to terms with death, and also to guide you in how to live your life, then I think that art can do the same thing.”

Hollywood is seeking to bewitch society into believing in false delusions of salvation, instead of the gospel of Christ. Paul says, “Who has bewitched you foolish Galatians?” He spoke this to a church that had once been on solid ground Biblically, but was moved away as a consequence of submitting to the deceptive teachings of another gospel. Let us consider Paul’s warnings:

"I am amazed that you are so quickly deserting Him who called you by the grace of Christ, for a different gospel; which is really not another; only there are some who are disturbing you, and want to distort the gospel of Christ. But even though we or an angel from heaven should preach to a gospel contrary to that which we have preached to you, let him be accursed. As we have said before, so I say again now, if any man is preaching to you a gospel contrary to that which you have received, let him be accursed." –Galatians 1:6-8

David Cronenberg believes that he is positing gift-wrapped religious messages via his movies. These messages differ from that of Scripture, so therefore according to the above text, these messages are accursed as is Cronenberg himself. He is simply a pawn Satan is using to preach through movies by pulling the viewer into entertaining stories. Norman Lear, creator of Maude, All in the Family, Mary Hartman Mary Hartman, Sanford and Son, and others, concedes to entertainment’s power to alter consciousness, “People accept information more readily when they’re being entertained.” Satan’s influence through Hollywood’s deceptive preaching is little more than an attempt to deceive Christians, exploit unbelievers and draw disciples unto themselves.