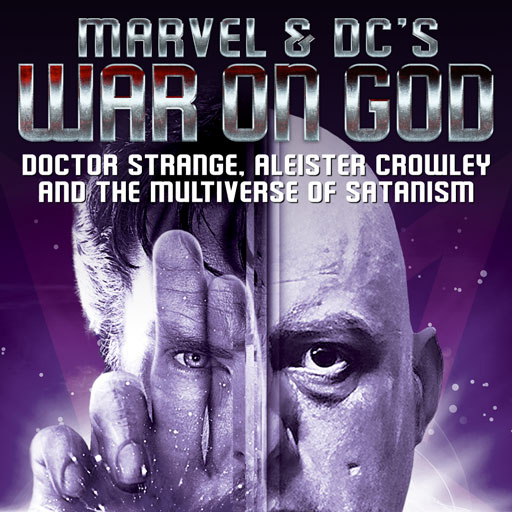 Almost everyone is unaware of the true history of one of today’s most popular Marvel characters, Doctor Strange. What is the connection to Satanist Aleister Crowley, Satanism, the ancient heresy of Gnosticism and Doctor Strange? To truly understand the spiritual foundation of Marvel cosmology, one must first understand the influence behind many of the comic book writers. These same influences were brought into the first iterations of Doctor Strange beginning in 1961, when he was first introduced as Dr. Droom, and then Dr. Druid in 1976. Journey with us as we pull back the curtain further in Part 2 of Marvel & DC’s War on God to discover how the top movie franchises are continuing to indoctrinate and perpetuate Satanic lies to hundreds of millions of young people among their unsuspecting audience.

Marvel & DC’s War on God is an eye-opening exposé series that documents how popular comic books – and the movies that they have spawned – are riddled with anti-Christ themes that glorify gratuitous violence, sexual perversion, blasphemy, and the occult. Many leading comic book writers have admitted that they are using seduction, manipulation, the occult, and even the bible to influence our children to view the God of the bible from a twisted slant. The Antichrist Agenda is Part 1 in our 7-part series which explores all facets of these two popular franchises and exposes the dark origins and agendas being put into play through the comic books and movies.

This documentary series is designed to help parents and young people alike to better discern the underlying messages in many popular comic books and movies that affect millions of professing Christian families. As we seek to know the Lord and follow His word, it is imperative that we are wise to the ways of the evil one in popular culture.

TO LEARN MORE AND ORDER: marveldcexposed.com