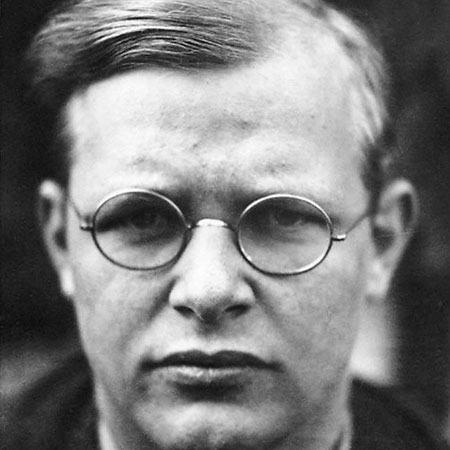 A new biography is raising questions about the life and relationships of Dietrich Bonhoeffer, a German Lutheran pastor, theologian, and anti-Nazi dissident whose book, The Cost of Discipleship, has become a modern classic. Bonhoeffer was hanged on April 9, 1945 for his part in the attempted assassination of Adolf Hitler. He was engaged to a woman at the time of his execution, observing that he had lived a full life even though he would die a virgin.

However, in the biography, Strange Glory: A Life of Dietrich Bonhoeffer, released in 2014 from University of Virginia religious studies professor Charles Marsh, the implication is that Bonhoeffer may have had a same-sex attraction to his student, friend and later biographer, Eberhard Bethge. While reviewers of the book have said that Marsh seems to try a little too hard to slant the evidence, it should be of no surprise that liberals are swooning over his book.

Not only did The Washington Post and The Huffington Post report on the book, but (of course) liberal, pro-choice and vehement heretic, Frank Schaeffer, also jumped all over this with an article titled, “Dietrich Bonhoeffer Was Flamingly Gay — Deal With It”. (Source) While Schaeffer says that this book “unequivocally confirms” that Bonhoeffer was gay, could it also be likely that the liberal theologian is actually harboring a homosexual propagandist technique?

Take a look at the following quote from a popular gay manifesto and see if the aforementioned sounds like a similar strategy employed by Hunter Madsen, a Harvard trained gay activist, and Marshall Kirk:

“…Famous historical figures are especially useful to us for two reasons: first, they are invariably dead as a doornail, hence in no position to deny the truth and sue for libel. Second, and more serious, the virtues and accomplishments that make these historic gay figures admirable cannot be gainsaid or dismissed by the public, since high school history textbooks have already set them in incontrovertible cement. By casting its violet spotlight on such revered heroes, in no time a skillful media campaign could have the gay community looking like the veritable fairy godmother to Western civilization.” –Marshall Kirk & Hunter Madsen, After the Ball, Plume, 1990

Even if the theory were true, which I don’t believe it is, Bonhoeffer is said to have died a virgin. If he or anyone has same sex attraction and does not act on it, does that really make them “Flamingly Gay”? If a man feels tempted to drink alcohol is he now considered a “flaming alcoholic”? If someone is tempted to lie and resists, is he still called a “flaming liar”? At the very core of Jesus’ message we are told to deny ourselves and pray for the Lord’s will to be done in our life. We are to pick up our cross and carry it, or as Paul said:

“I have been crucified with Christ; and it is no longer I who live, but Christ lives in me; and the life which I now live in the flesh I live by faith in the Son of God, who loved me and gave Himself up for me.” –Galatians 2:20

Regardless of whether any of the claims prove to have merit or not, we know that our faith and theology do not rest on what man has done, but what God has said and done. Not only has He given us His divinely written Word, but He has given us His only begotten Son as our true example. While this new biography does seem like an obvious strategy to help make conservative theologians, who love the work of Dietrich Bonhoeffer, sympathetic to the homosexual movement, let us use this as an opportunity to share with people the difference of laying down your life for Christ and living a life wholly and completely devoted to Him, suppressing the flesh and being filled with the Spirit!