The Moral Decline of America 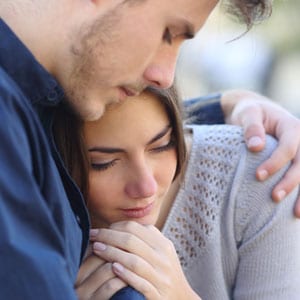 Lessons from the Alabama Massacre: A Moral Decline in America

In the wake of Alabama’s worst mass shooting in the state’s history, many Americans have been left dumbfounded as the nation mourns and wonders how a young man could murder 11 people in cold blood. Many are still shocked that mass school shooting and murder sprees have become common place in the United States, and I ask: “Why?”

Michael McLendon, 28, the man responsible for the multiple murders, actually had a hit list with names on it that ranged from corporations – that he claimed had “done him wrong” – to his own mother! The gunman’s pent up anger exploded into a hateful onslaught of rage and revenge as he shot down some of those on his hit list, as well he apparently took random shots at bystanders, which included a mother and her four-year-old little girl.

McClendon (pictured at right) began the mass murder spree by setting his mother on fire and killing her four dogs. After he torched his own mother he set out to shoot down as many on his hit list as possible. “He cleaned his family out,” Coffee County Coroner Robert Preachers said. By the time he was done he had murdered 11 people; including his mother, an uncle, two cousins, his 74-year-old grandmother and himself.

While Michael McLendon will face God and have to take responsibility for the murders he has committed, no one can deny that today’s young people are growing up in a culture of death where murder and revenge are glorified.  The godless liberals in Hollywood are feeding the masses a steady diet of movies that glorify vigilantes and assassins. The music industry pumps out rap music that glorifies beating women and murdering police officers. The government schools, through the myth of macroevolution, deny that human life is sacred and transcendent, and teach that we are nothing more than glorified slime or erect animals. The United States government, under the Obama administration, has guaranteed that the ongoing holocaust of over 50 million of the most vulnerable will result in the spilling of even more blood as they seek to eradicate every law prohibiting abortion in every state of the union.

Why should we be so shocked when the Michael McLendon’s of the world engage in mass murder when we all know that the mainstream media, Hollywood, and the music industry are glorifying death in their indoctrination and desensitization of the American public? 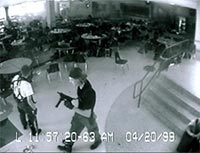 Why should we be so shocked when the Dylan Klebold’s and Eric Harris’ of the world shoot up their classmates, when the liberal government schools teach them they are nothing more than evolved, glorified pond scum, and the United States government is sponsoring mass murder of innocent babies with our tax dollars via the abortion mills? It was no coincidence that Eric Harris glorified Charles Darwin with the words “NATURAL SELECTION” emblazoned across the front of the shirt he wore as he gunned down other students during the infamous Columbine massacre. He wrote in a classmate’s yearbook, “Natural selection needs a boost, like me with a shotgun,” and wrote on his website before the massacre, “…the best thing that ever happened to the Earth. Getting rid of all the stupid and weak organisms…” I am actually shocked that we are not seeing more of this kind of thing and am personally sure it will get far worse if we do not repent as a nation.

It is no secret that the Nazi’s first legalized abortion to desensitize the masses and used the compromised popular media of the day, under the supervision of the doctor of propaganda, Joseph Goebbels, to seduce the German public. It is no secret that Adolph Hitler murdered over 10 million people, including many Christians and six million Jews, as he applied Darwinian evolutionary principles to create a super race and claimed that certain people weren’t really human. Transcripts of the Nuremberg Trial reveal that Hitler first targeted Jews and the confessing churches that he thought stood in his way from turning Germany from a democratic republic into a socialistic, police state.  Does any of this ring a bell or sound even vaguely familiar?

Much of the current moral decline of America can be laid at the feet of those who are propagating a secular, materialistic worldview that seeks to eradicate and expunge any Christian influence from the public square. Much of the blame can also be laid at the feet of preachers and pastors who fail to preach the truth in an age of ecumenism and spiritual apostasy. Today liberal theologians, as well as many leaders in the emerging church, are actually turning many young people away from Christ in the name of the liberal social gospel. Jesus Christ warned that in the last days before His return there would be a great falling away from the Christian faith (Matthew 24:9-13). According to a new study released this month entitled, “The American Religious Identification Survey,” the percentage of Americans who identify themselves as Christians has declined from 86 percent in 1990 to 76 percent in 2008. While 8.2 percent claimed to have no religion in 1990, 15 percent of respondents now identify themselves as having no religion in 2008.

While millions are now suffering throughout our nation due to the recent financial collapse, and millions are worried that President Obama’s stimulus packages are only adding gasoline to the fire, the problem is fundamentally worse than even most conservative Americans know. God warns in His word that a nation that sheds innocent blood will not prosper (Deuteronomy 19:11-13). It doesn’t matter what decisions are made in regard to the economy if we as a nation continue to engage in the mass murder of innocent children in the name of “rights”. What about the fundamental right to life of the millions of little boys and girls who are being slaughtered?

God warns that if a nation repents of its sin it will be spared of the judgment it deserves. While, on the other hand, if a nation refuses to repent of its evil practices it will surely be judged:

If we are to see America’s children turn from an attitude that glorifies evil and death, or one that often, at best, is ambivalent to the suffering of the innocents, we will have to start with our own personal repentance. And furthermore, those who are leading this nation in every realm of society must be held responsible. When a nation forgets God and engages in unrepentant evil, God often first begins by dealing with their economy and their ecology to get their attention. Current news reports dealing with the mysterious disappearance of bees and the mass death of the bat population in the North East has many concerned that America’s crops will begin to fail like never before. There is a concern that crops will continue to fail, and without bats that feed on locusts and other insects there could be plagues of locusts, in numbers, that resemble biblical proportions. While we may not be exactly sure how God’s Judgment will be manifested in America, one thing is clear: if we refuse to repent as a nation, it is not as important as to how judgment will manifest, as much as it is a matter of when!

“When I shut up the heavens so that there is no rain, or command locusts to devour the land or send a plague among my people, if my people, who are called by my name, will humble themselves and pray and seek my face and turn from their wicked ways, then will I hear from heaven and will forgive their sin and will heal their land.” –1 Chronicles 7:13-14

While we cannot force Americans to follow their Creator, we can make sure that we live our lives for His glory and in accordance with His holy truth! In the Sermon on the Mount, Jesus promised us that if we seek first the kingdom of God and His righteousness He would meet all of our needs. He also warned us not to worry about tomorrow but to place our trust fully in Him. He said that while the hearts of the wicked are failing them for fear of things coming on the earth we should be looking up, for our redemption is drawing nigh. May the Lord find us seeking His face when He returns for His beloved bride!