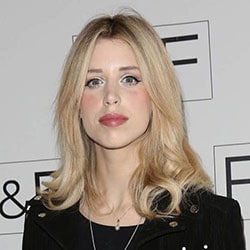 Peaches Geldof, the daughter of rocker/activist Bob Geldof and devotee of Satanist Aleister Crowley, was found dead at her home in England on Monday, April 7, 2014 at the young age 25. Tragically, death seems to have gripped Peaches’ life before her own demise. Just a day earlier, Peaches posted a photo of herself with her late mom, Paula Yates, who died of an overdose of heroin in 2000. In 1997, Yates’ boyfriend, INXS frontman Michael Hutchence, who sang “Devil Inside,” committed suicide.

Peaches loved to encourage other people to look at the works of Aleister Crowley and just a few weeks before her untimely death she posted a picture of Satanist Aleister Crowley’s book Magick, alongside his satanic maxim “Do what thou wilt,” on March 16, 2014. She also tweeted a picture of bookshelves loaded with books by Aleister Crowley, including books that advocate human sacrifice and Crowley’s, “The Diary Of A Drug Fiend.” 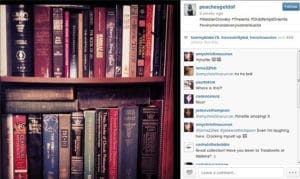 In his biography, Crowley admitted that he went “over to Satan’s side” and wanted to become Satan’s “chief of staff.” He even signed his name “the beast 666” (in reference to the biblical Antichrist) at the end of his personal letters. We document in our video rockumentary on the satanic history of popular music, They Sold Their Souls for Rock n Roll, how Satan used Crowley as the patron saint of rock music to turn countless young people to Satanism. 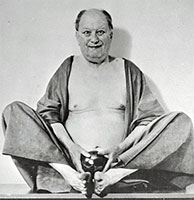 “His work within the OTO was nothing short [of] miraculous and he was a beautiful writer and thinker too, as well as magical practitioner.”

Now head of the OTO in Britain, John Bonner, admitted:

“You could call us a sex cult…” 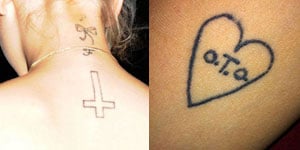 Peaches was so enthralled by Crowley and the OTO before her premature death that she had the initials OTO tattooed within a heart on her arm, as well as a tattoo of an inverted cross on her back.

Tragically, Satan promises freedom but leads his followers into greater and greater darkness, even bondage, and eventually death. Pray for the salvation of all those who have succumbed to the allure of spiritual darkness. Pray that they would come to know the Lord before they, like Peaches Geldof and so many others involved in the occult, find their lives snuffed out prematurely. Jesus said that Satan, who He described as a murderer and the father of lies (John 8:44) comes “only to steal and kill and destroy; I have come that they may have life, and have it to the full” (John 10:10).