Beyonce Speaks of Doing the Unimaginable with the Bible 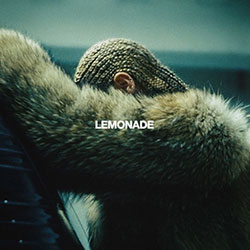 While all the fuss about Beyonce’s latest visual album, “Lemonade,” has been, “Who was Becky with the good hair?”, (reportedly speaking of someone her husband committed an extra-marital affair with), one thing that might have been missed was the fact that Beyonce does a spoken word performance where she makes mention of using the Bible as a Tampon!

“I plugged my menses with pages from the holy book
But still inside me coiled deep was the need to know
Are you cheating on me?”
(From the song “Denial” by Beyonce)

Unlike Job, who regarded God’s word with more esteem than his necessary food (Job 23:12), Beyonce denigrates God’s word and uses it to describe cleaning up her menstrual cycle!

In the same performance in which she states:
Confessed my sins
And was baptized in a river
Got on my knees and said, “Amen”

She states with obscurity:
And said, “I mean”
I whipped my own back
And asked for dominion at your feet
I threw myself into a volcano
…
I saw the devil
I grew thickened skin on my feet
I bathed in bleach

Only her and God can truly know exactly what is meant by these lyrics, but what can be known for certain is that anyone who would speak of God’s word like that is no friend of Jesus. For Jesus said, “Heaven and earth will pass away, but My words will not pass away.” To be born again is to be born by what God has declared as His imperishable seed “for you have been born again not of seed which is perishable but imperishable, that is,through the living and enduring word of God” (1 Peter 1:23). Which is why, in my personal opinion, in the being born again experience, there is brought about a love for God’s word that was not once there. As the Psalmist sang, “How sweet are Your words to my taste! Yes, sweeter than honey to my mouth!” (Psalm 119:103).

One interesting point that can be made is the fact that the very way she describes God’s word is actually how God describes our good works. “But we are all as an unclean thing, and all our righteousnesses are as filthy rag” (Isaiah 64:6). The meaning being similar to how it is used in Ezekiel 36:17, Leviticus 15:33, 20:18 and Lamentations 1:17 to describe a literal unclean rag or an unclean person. While she uses God’s word as this rag, God describes her good works as the filthy rag. All of the giving to charity, all of the good works that one can do will never build a pathway to heaven. A person who does a good work outside of Christ does so in vain. If one would read God’s word rather than ridiculing it, a person may find the words of everlasting life! 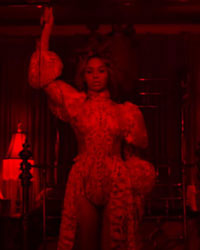 Of course, with an album with such vitriol, anger, profanity and perversity, how should we expect her to view the word of God? In direct opposition with God’s divine revelation of course! How does God say that we are to be towards scoffers of God? Psalm 1 tells us “How blessed is he who does not walk in the counsel of the wicked, nor sit in the seat of scoffers.” We are also told to “meditate on God’s word day and night” and that in doing so we will bear fruit! The Psalmist also stated, “How can a young man keep his way pure? By keeping it according to Your word” (Psalm 119:9). So it would make sense that someone who would write such impure lyrics would scoff at what the Bible actually says.

But this is seemingly more than par-for-the-course when it comes to Beyonce and her husband, Jay-Z, who can be seen in our video “Beyonce, The Super Bowl, Sasha and Satan” wearing a sweatshirt with Satanist Aleister Crowley’s maxim, “Do What Thou Wilt” emblazoned across it. Not only is their music more and more profane and perverse, but their Satanic ideologies have been easier to see with each album. If it isn’t Jay-Z’s song, Lucifer, where he sings that the devil had a “righteous cause for sinning,” it is Beyonce dressing up like a Hindu goddess in the latest Coldplay video (which can also be seen in our video “Beyonce, Coldplay the Super Bowl and Satan”).

What makes me tremble before God is the thought of these people, along with millions of others, who will ultimately come to a place of bowing down, and will do so when it is too late! For God has declared that “at the name of Jesus every knee will bow, of those who are in heaven and on earth and under the earth, and that every tongue will confess that Jesus Christ is Lord” (Philippians 2:10-11). But I will yet hold out hope for those who are lost. I know and believe in God’s word with all confidence, and I trust that He is not slow concerning His coming. But as His word says:

“The Lord is not slow about His promise, as some count slowness, but is patient toward you, not wishing for any to perish but for all to come to repentance.” (2 Peter 3:9)

Don’t be enamored with the celebrities of our day, but renew your mind in who Jesus is and meditate on His word. We are a people of Jesus’ own possession and we are to be zealous for good deeds and deny all ungodliness, such as the music mentioned above!

“For the grace of God has appeared, bringing salvation to all men, 12instructing us to deny ungodliness and worldly desires and to live sensibly, righteously and godly in the present age, 13looking for the blessed hope and the appearing of the glory of our great God and Savior, Christ Jesus, 14who gave Himself for us to redeem us from every lawless deed, and to purify for Himself a people for His own possession, zealous for good deeds.” (Titus 2:11-14)