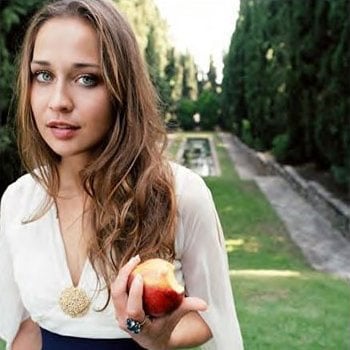 In Rolling Stone’s 1997 Reader’s Poll, Fiona Apple was voted Best Female Performer. Fiona Apple echoes the Satanic axiom of Aleister Crowley’s New Satanic Age when she says that her philosophy on life is:

Apple is definitely not one you want as a role model for your child. Apple claims, "I almost feel it’s my duty to make an a– out of myself in public"

Apple seems to have a death wish and states that:

"It’s impossible for me to be happy; psychologically and chemically impossible, I’m going to die…"

Pray that the Lord would rescue Fiona Apple from the deep hopelessness and despair that accompanies her music, interviews, and her life in general and that she would find the Blessed Hope of Jesus Christ and the eternal joy that comes from knowing Him. Pray also that those who are under her influence would be rescued as well.