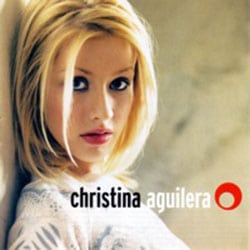 Watch the video expose on Christina Aquilera below!

Christina Aguilera, who was formerly of The Mickey Mouse Club, took the music scene by storm with her highly sexually suggestive, "Genie In A Bottle". Like a siren, Aguilera sings:

Even the liberal Rolling Stone stated that her lyrics:

Now, if Aguilera’s music makes Prince, who sings about masturbation and incest, seem tame by way of comparison, it is the height of naivete to think that because Aguilera is a former mouseketeer she is somehow benign and innocent. Satan loves to hide his poison in disarming wrappers. Parents who have been deluded into believing that they can allow their children to absorb a steady diet of this spiritual poison and believe it will not ultimately affect their child’s behavior, relationships, health, and eternal destiny, are in for a rude and sad awakening. God has warned us not to subject ourselves or our children to licentious men or women:

"My son, keep your father’s commands and do not forsake your mother’s teaching. For these commands are a lamp, this teaching is a light, and the corrections of discipline are the way of life, keeping you from the immoral women, from the smooth tongue of the adulterous. Do not lust in your heart for her beauty or let her captivate you with her eyes, for the prostitute reduces you to a loaf of bread, and the adulterous preys on your very life. Can a man scoop fire into his lap without his clothes being burned?" (Proverbs 6:20, 23-27)

Parents who think that allowing their children to play with sex, which God created as a profound blessing for the marriage relationship exclusively, are in serious trouble. In truth, parents who knowingly allow their children to listen to music which encourages sexual sin are in fact guilty of child abuse. As God’s word says, you cannot play with fire without getting burned, it is only a matter of time before their children end up getting burned and ultimately parents will have themselves to blame. Parents have been granted a stewardship from God to whom they will give an account on judgement day as to whether or not they have raised their children according to His word. Parenting is an awesome privilege, but it is also an incredible responsibility. A sensible parent would never allow a prostitute to influence his or her daughter’s dress or behavior, but when Hollywood and the music industry baptize such lewdness in the scant cloak of Mickey Mouse Club innocence, they are often star struck and allow the wolves to devour their children. The result is that many of the children begin dressing in such a way that they attract young and old men alike, including child molesters. They begin emulating the perverse language and sexual innuendo that they hear and see their idols glorify, and eventually they find themselves acting out the perverse behavior that they have allowed to tick off the neurons in their brains and steer their often already racing hormones. When a parent finds out that their 11-year-old daughter has syphilis or is pregnant or that their son has AIDS or was arrested for rape they seem surprised and ask "How could this have happened?" When the truth of the matter is that God has commanded us to keep our children from such influences all along and we are guilty for subjecting their young fragile hearts and impressionable minds to a barrage of sexual and sensory overload.

"But among you there must not be even a hint of sexual immorality, or of any kind of impurity… For of this you can be sure: No immoral, impure or greedy person-such a man is an idolater has any inheritance in the kingdom of Christ and of God. Let no one deceive you with empty words, for because of such things God’s wrath comes on those who are disobedient. Therefore do not be partakers with them." (Ephesians 5:3, 5-7)

"Put to death, therefore, whatever belongs to your earthly nature: sexual immorality, impurity, lust, evil desires and greed, which is idolatry. Because of these the wrath of God is coming." (Colossians 3:5-6)