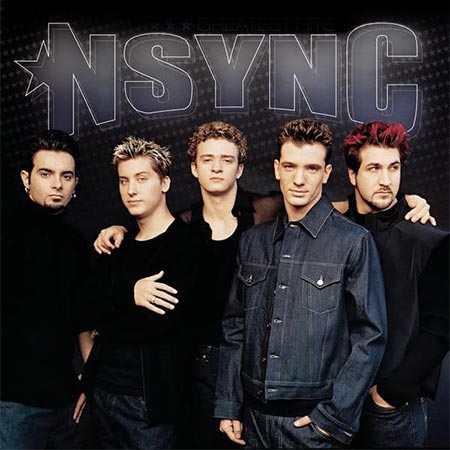 Sadly, our children are now being assaulted with what seems to be a full arsenal of songs from bands that are thought to be "innocent" by many, but are in reality encouraging the very youthful lusts and fornication that God’s word so succinctly warns against! In the 1950’s, parents were far more concerned about their children being seduced into wicked lifestyles. When Elvis came on the scene, it not only caused a public uproar, but the second time he appeared on Ed Sullivan they made sure that the cameramen shot him from his waist up. In the 1960’s, society was desensitized enough to allow Elvis’ lurid gestures to go unfettered, but still made the Rolling Stones change their lyrics from “Lets spend the night together” to “Let’s spend some time together” on the same Ed Sullivan show. For those who love God and their children and do care, we submit the following information. In fact, even the incredibly liberal Rolling Stone magazine has described NSync’s music as “darker stuff, like teen horror movies and grunge” further declaring that their music is:

“…brimming with the pent-up tension of teenhood: the urgency of unfulfilled, misunderstood desires, burbling hormones and unbearable, overwhelming feelings.”

If liberal Rolling Stone magazine will acknowledge these facts about NSync’s music, it is a shame if parents who claim to care about their children will not. NSync are not a bunch of teenagers, but rather mostly mature grown men who are exploiting the hormonal explosion that is taking place in their barely pubescent fans to make a financial killing. The effect is that they are leading millions of children down the road to sexual oblivion. In their song, “You Got It,” NSync sings:

“You got it – I want it, I’ll do whatever it takes, You got it – I need it…I need your lovin’, girl give it to me, Never met a girl like you, I know you’ll like the crazy things we’ll do…”

Even the very expression “rock & roll” carries sexual overtones as it was originally an expression for sex. To rock with somebody meant to have sex with them. N’Sync sings in, “I’m Crazy for You”:

In case mothers or fathers are unaware of what takes place at an NSync concert, it is important to know that teens, and even pre-pubescent adolescents, will hold up signs pleading with the group to "drop your pants." Fans routinely will also throw their panties and bras toward the stage at NSync concerts as a sign of sexual surrender to the band. When NSync member, Justin Timberlake, was recording the song, “That’s When I’ll Stop Loving You,” producer Guy Roche declared with excitement, “I see panties flying!”

Is it any wonder that Newsweek reported that evidence shows that children are “…becoming sexually active at an alarmingly early age.”

Parents are unaware that the little girls taking off their underwear and throwing them at NSync may in fact be their little girls! This may seem like innocent fun to the most liberal and ignorant of parents, but is lewd and licentious conduct. Your child may not be going as far as undressing for Sync, but if they are into their music on any level, it is to that very degree that they are caught up in the spirit that is fostered at their shows. Many parents have been duped by the music industry by being led to believe that the teeny bopper groups are safe for their children because they are purported by the media to sing innocent love songs. The fact is that many of NSync’s songs are not love songs at all, but lust songs. God’s word warns that in the last days there would arise mockers who would be walking after their own lusts and attacking bible prophecy:

"Know this first of all, that in the last days mockers will come with their mocking, following after their own lusts, and saying, ‘Where is the promise of his coming? For ever since the fathers fell asleep, all continues just as it was from the beginning of creation." –2 Peter 2:3-4 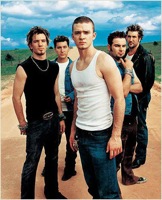 The reason many will mock prophecy is because they desire to live according to their own evil desires. They mock prophecy because it speaks of their coming judgement, but they desire to ignore it and even ridicule it. NSync not only walk, sing and strut after their own lusts on stage as they influence millions of impressionable youth, but they also use their massive forum to scoff at bible prophecy…in fulfillment of bible prophecy! In their song “Space Cowboy,” NSync sings:

“Here it comes, millennium
And everybody’s talking bout Jerusalem
Is this the beginning or beginning of the end
Well, I’ve got other thoughts my friend
We don’t need these prophecies
Tellin’ us what’s a sign, what’s a sign
‘Cause paranoia ain’t the way to live your life from day to day
So leave your doubts and your fears behind”

So what does NSync offer their young fans instead of the fulfillment of bible prophecy, which ultimately points to the return of the Lord? Of course they offer themselves:

“If you wanna fly, come and take a ride
Take a space ride with the cowboy, baby
Ready or not make it hot”

If you fall into the lie of the so-called space cowboys and ignore God’s word, you will find out that it indeed will be hot, but not in the way you may have imagined. God’s word promises that there is yet another bible prophecy to take place and that is when in the final judgement all of those who have refused to follow Jesus Christ are thrown into the lake of fire. (Revelation 21:8) Do not be deceived by those who prey on the unsuspecting by claiming to be Christian and then turning around and leading you astray. God’s word warns about the fact that sexual sin leads to destruction:

"Do not lust in your heart for her beauty or let her captivate you with her eyes, for the prostitute reduces you to a loaf of bread, and the adulterous preys on your very life. Can a man scoop fire into his lap without his clothes being burned?" –Proverbs 6:25-27

Surely many have found out only too late after playing with sexual fire that it burns and the price that one pays is far more costly than any temporary pleasure that is derived. God’s word states:

"Marriage should be honored by all, and the marriage bed kept pure, for God will judge the adulterer and all the sexually immoral." –Hebrews 13:4

Sex in the marriage bed is a blessed gift from God who invented it, but out of the marriage relationship it is a destructive and perverse force. Fire in the fireplace is wonderful, but if you take it out of its proper context and put it on your couch, it becomes a destructive force and while it may glow bright and strong for a few moments, it leaves ashes and death in its wake. May God grant each of us the clarity of vision to follow His will and the strength not to succumb to emotional music whose substance is lethal.