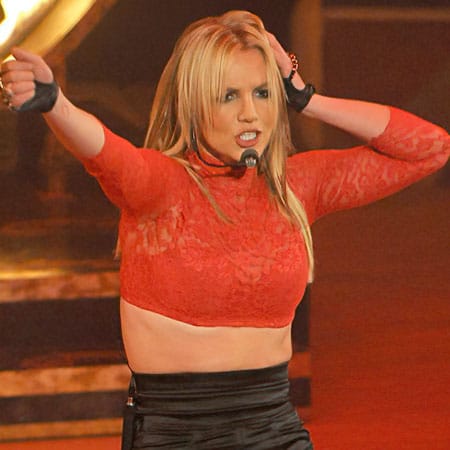 Since 1999 Britney Spears has been a pop sensation which seems to be a contradiction. US Magazine made the following comment on Spears’ music, which should make every parent and child concerned about the message that is being sent to the youth of the world:

“She’s still an eerie contradiction: a hypersexual Cinderella trying to combine Disney innocence with a touch of old-fashioned smut.”

Caring parents would be horrified if they were aware of what kind of immoral filth Britney and the music industry are feeding their youth. In her song Soda Pop, Spears sings the following sexually explicit lyrics that are guaranteed to arouse the teenager with the dullest of imaginations:

“ . . . we might start riding to the music tonight… a wicked time to the end… we’ll flex tonight until they break down the door. I bet you we can pop like we’ve never popped it before. It’s cool Britney when we get down on the floor… and we go on and on until the break of dawn”

Obviously, Britney is not talking about soda pop in this song, but is using pop as a metaphor. The expression "pop" has long been used as street slang for fornication, as is pointed out in Robert Chapman’s book ‘American Slang’. Even as Spears combines innocence with sexually alluring music to widen her appeal so the innocent title "Soda Pop" carries the poison that can lead millions of young fans into a worldview that leads them into a sexually unchaste lifestyle that leads to destruction. Satan is seeking to rob the children of the profound beauty that God reserved in sexuality for the marriage relationship. Spears admitted that "Soda Pop" is her favorite song, yet not surprisingly, they withheld the lyrics from the CD jacket. The music industry, which has for years now been in the business of corrupting youth to make a buck, would like to keep parents in the dark as to just what they are feeding their children. While the lyrics to some of the other songs are printed, the lyrics to Soda Pop are conveniently not included, and parents will have a hard time deciphering lyrics that their children can often sing by heart. Spears and many teen idols today dress like prostitutes, and eight-year-old little girls have been conditioned to emulate their dress and strut their "stuff", as Britney and company do. Even the liberal fashion critic, Joan Rivers, made the following comment on attire worn by Britney Spears, Mariah Carey and other "stars" at the American Music Awards:

“I think if you took all their dresses and put them together, you still wouldn’t have enough for one dress.”

"I also want women to dress modestly, with decency and propriety…" –1 Timothy 2:9

God’s word warns of severe consequences for those who pursue a sexually immoral lifestyle:

"It is God’s will that you should be sanctified: that you should avoid sexual immorality; that each one of you should learn to control his own body in a way that is holy and honorable, not in passionate lust like the heathen, who do not know God; and in this matter no one should wrong his brother or take advantage of him. The Lord will punish men for all such sins, as we have already told you and warned you. For God did not call us to be impure, but to live a holy life. Therefore, he who rejects this instruction does not reject man but God, who gives you [believers] his Holy Spirit." –1 Thessalonians 4:3-8

It is important to note that when one has sexual relations outside of the marriage bond that God’s Word here states he or she is abusing another person and taking advantage of him or her. This is because that person is not only violated, but they are also being led to share in sexual sin which God warns He will severely judge. God’s word states that we reap what we sow: 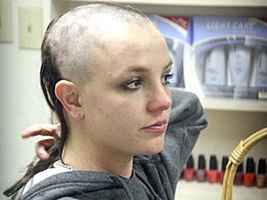 God has worked into the fabric of life a law of reaping and sowing. If one sows corn, he will reap a harvest of corn. If one sows tomato seeds, he will reap a harvest of tomatoes. This is also true when it comes to sowing to the flesh, as we are told that from the flesh we will reap a harvest of destruction. Sadly, millions in the United States alone have reaped the consequence of sexual sin in the form of STD’s like herpes, gonorrhea, syphilis and AIDS, to mention only a few. Sadder still is the fact that many have refused to repent of their sexual sin and ended up paying eternal consequences. God’s word warns emphatically that the sexually immoral will not inherit His kingdom (1 Corinthians 6:9-10) and will spend eternity suffering conscious torment in the lake of fire (Revelation 21:8). Should those professing to follow the Lord be advocating music and celebrities who encourage promiscuous sex and vulgar dress? Absolutely not! May God help us to love Him enough to obey His holy Word above the pressures of peers and the media. May we seek to please the One who made us and died in our place paying the penalty of sin that we ourselves deserved. May God strengthen us not to be deceived by beguiling melodies or fleshly attire that is designed to stimulate the flesh and draw us away from our pure devotion to the Lord! If you have not turned to Jesus Christ as your Lord and Savior, God’s word is clear that you are lost and spiritually dead in your sins. You need to recognize that you are guilty of breaking God’s moral law and deserve eternal judgment (Romans 3:23; 6:23). You need to turn from your sin to Christ and repent, or you will surely perish (Luke 13:3). If you turn to Jesus Christ, He will forgive you all of your sin as He gave His life as a ransom payment to pay the death debt that you and I owe. When you turn to Him in faith, He gives you the free gift of eternal life and comes to live in your heart. As a result of this spiritual union, you are born again spiritually, and your name will be written in the Book of Life. The Lord commands those who come to Him to be baptized and to abide in the faith until death or until He returns for those who belong to Him. God gives those who come to him not only new life, but also a new song, a song of praise to God. While blues music laments the power of sin, and rock music celebrates sin, only Christian music can celebrate Christ’s victory over sin and the new life we have in Him. We encourage you to turn from the secular music of this world and to worship God with His gift of music!