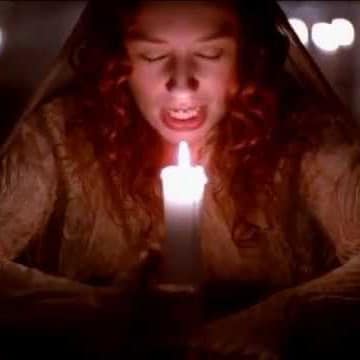 Tori Amos has said much to mock both her Creator, Jesus Christ, as well as Christianity. She blasphemes Jesus Christ by stating:

"I’ve nearly always believed that Jesus Christ really liked Mary Magdalene and that if he was, as he claimed to be, a whole man, He had to have sexual relations with her…I may have felt guilty at the thought of wanting to do it with Jesus but then I say why not? He *was* a man." –Hot Press, 1992

Tori declares that she is on a mission against Christianity:

"Yes, I do have a mission," Amos says bluntly, "to expose the dark side of Christianity." –Rolling Stone Magazine, 1998

The only dark side of Christianity that Tori has been able to expose is the black eye she has tried to give it, by adding and twisting God’s truth, with lies like the one above about Jesus and Mary Magdalene, or perverted blasphemies like the following in reference to some of her music:

"Why don’t people want to hear about God getting a blow job? I thought those born-again Christians would love that." –Ibid. 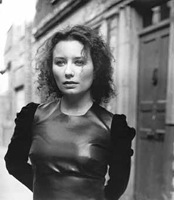 Tori is a very confused young lady who is leading her many fans into eternal perdition. Tori rejects Christ who shed his precious blood to redeem her from her filth. She states in her song, Spark, that she would rather identify with the betrayer Judas Iscariot:

"If the divine master plan is perfection, maybe next I’ll give Judas a try."

She not only speaks of aligning herself with Judas, but has admitted that she desires a closer relationship with Satan and that he is the one who has inspired her music and temporary success:

"I wanted to marry Lucifer…I don’t consider Lucifer an evil force…I cry and feel his presence with his music. I feel like he comes and sits on my piano." –Spin Magazine, 1996

We need to stay away from Tori’s music and pray for her soul and that God would grant her repentance. While it is not likely that Tori will repent, Jesus even gave Judas an opportunity to repent before he committed suicide, and it was too late and he went to "his own place" in hell (Acts 1:25). Jesus referred to Judas as a "son of perdition" and declared that it would have been better for Judas if he had never been born (Matthew 26:24). What an eternally sad legacy it was for Judas and it will be for Tori if she refuses to repent of her sin and turn to Jesus Christ. This will be the epitaph for all those who are deceived by Tori Amos and choose to follow in Judas’ footsteps and reject the one who died in payment for their sins. You have a choice, you may either accept Jesus Christ and the payment He made for you on the cross in accepting your punishment, or you may pay the punishment of damnation yourself in eternal torment in the lake of fire, a place where one’s thirst is never quenched and where there is not rest day and night forever and ever. If you refuse to turn to Christ, you will groan for eternity and you have no one to blame except your self. Like Led Zeppelin sang, "It’s nobodies fault but mine."

Dear reader, our earnest hope and fervent prayer is that you would receive the Love of the Lord Jesus Christ and enjoy eternal life in His Blessed kingdom!