The Seventy Weeks of Daniel 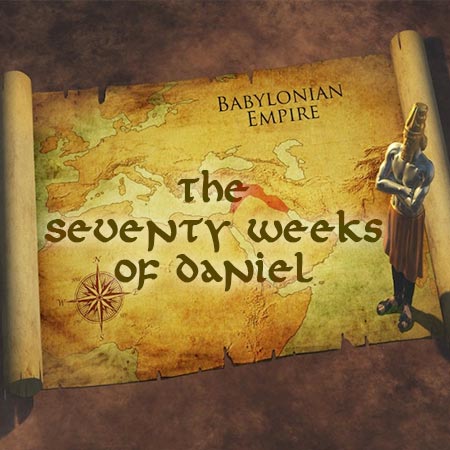 One of the most powerful and compelling of all fulfilled prophecies in the Bible, the Seventy Weeks of Daniel, is one with which all Christians should be familiar. It is eye opening for Gentiles and Jews alike.

1. The book of Daniel was written during the Babylonian captivity in the sixth century before Christ. Skeptics who deny authentic authorship by Daniel still have to admit that the book appears in the Septuagint (the Greek translation of the Old Testament) by the second century before Christ. Even this later date makes this a valid and powerful prophecy.

2. Read Daniel 9:24-26. The following terms are crucial to understanding the prophecy: "Anointed One" is the Messiah that the Jews were waiting for (Messiah is Hebrew for Anointed One), "cut off" always refers to "killed" in the O.T., and "weeks" or "sevens" (depending upon translation) is the Hebrew word Shabua. Shabua is used to mean either a period of seven days or a period of seven years (comparable to our use of "decade" for ten years). This passage is stating that 69 x 7 years after the decree to rebuild the walls of Jerusalem the Messiah would be killed for his people.

3. The Hebrew calendar consisted (and still consists) of 12 months of 30 days each, resulting in a 360 day year. The conversion from that calendar to ours is as follows:

4. In Nehemiah 2:1 we read that in the twentieth year of King Artaxerxes the decree was given to rebuild the walls of Jerusalem (vv 2-9). King Artaxerxes is a historical figure whose reign secular historians say began in 464 B.C. 20 years from that date would be 444 B.C. when the decree is issued. Traveling forward in time 476 years brings one to 33 A.D. (Remember that there is no year 0. The year after 1 B.C. is 1 A.D.).

5. There is general agreement among many historians, whatever their opinion of Jesus, that between 30-33 A.D. is the year that He was crucified. That makes this an amazingly accurate, incredibly specific, fulfilled prophecy with WRITTEN BY GOD stamped all over it.