If Jenner’s A Woman, Then Rachel Dolezal Is Black 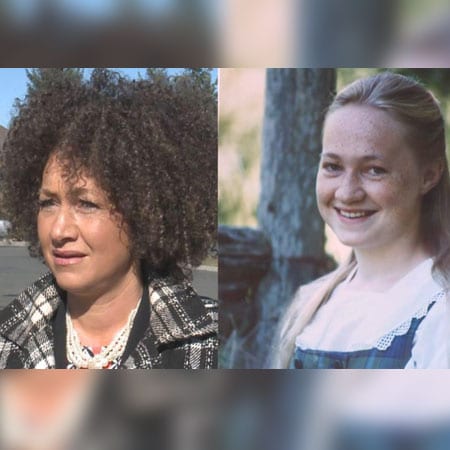 Exclusive to WorldNetDaily:
Joe Schimmel holds accountable those who base identity strictly on feelings

It was reported recently that Rachel Dolezal, the president of the Spokane, Washington chapter of the NAACP, has erroneously claimed for years to be African-American. However, according to her parents, the reality is that the 37-year-old is not black after all. Dolezal’s parents provided proof to the press in the form of a birth certificate to show that Dolezal was born in Montana and listed as white. Rachel Dolezal – whose earlier photos evidence white skin, blond hair and blue eyes – is actually from Czech and German descent.

Dolezal has allegedly lied about many other details of her past, including her claim that she was born in a tepee and that her parents beat her with a baboon whip based on her skin color. However, her parents stated, “She is fabricating a very false and malicious lie.” Dolezal has used her claim to be African-American to rise not only to leadership in the NAACP, but to become an adjunct professor of Africana Studies at Eastern Washington University.

The question arises, should Dolezal, who ascended to the top ranks of the NAACP on the basis of her impersonating an ethnicity, be considered black because she feels like she is black? Should people of purely white ethnicity be able to collect benefits provided to American Indians because they feel Indian? What are we to make of the claims that one may be one ethnicity when it can be proven – on the basis of her ancestry and genetics – that she is another ethnicity? What if the hard science says one thing, but someone claims that he is one ethnicity trapped in the body of another ethnicity?

This should cause us to reflect on the recent claim by Bruce Jenner that he is really a woman, Caitlyn, trapped in a man’s body, even though his DNA and chromosomes reveal that he is a man! Shouldn’t the liberal elites, who tell us that we must believe that the man Bruce Jenner is really a woman named Caitlyn because he feels like a woman, accept Rachel Dolezal as a black woman because she feels black? And shouldn’t all the white folks who claim to be American Indian get special benefits from the government because they feel Indian?

To be consistent, those who claim that Bruce must be accepted as Caitlyn also have to accept white women as black, and white Americans as Indians. If you think I may be taking this too far, consider the fact that one columnist by the name of Omar Kelly, who came to accept Bruce Jenner as a woman, tweeted recently, “If Bruce Jenner can live his life feeling like a woman who am I to tell that woman she’s not black?” Now, who can argue that this isn’t consistent? What a slippery slope we slide down when we define someone based on his or her feelings or what they want to be rather than reality!

How should we treat those who suffer from the mental disorder of Lycanthropy and have fallen under the delusion that they are non-human animals like snakes or wolves? This may include behaving “in the manner of a particular animal, i.e. howling, growling, crawling on all fours.” What are we to make of those who have fallen under the delusion of “Species Dysphoria,” which includes the sensation of feeling like one is an animal “trapped in” a human body? A 2008 study found that 41 percent of those who suffer from this delusion answered “yes” to the question, “If you could become 0 percent human, would you?” [Gerbasi, K. C., et al, “Furries from A to Z (Anthropomorphism to Zoomorphism),” Journal of Society and Animals 16, (Brill, 2008)]

Would the best course of action be to tell these folks that we accept that they are really animals and that they no longer have to pay taxes? Then give them free room and board in animal shelters? Or would the better and more compassionate course of action be to help them understand that they are suffering a delusion and that they are, in fact, humans after all? If this is the case, wouldn’t the right thing to do with regard to Rachel Dolezal be to hold her accountable as a white woman and to treat Bruce Jenner as a man rather than a woman? Do we have to play into the delusions of others? Doesn’t denying reality foster the delusion and further detach them from truth and real healing?

I find it telling that in psychological literature, “Species Dysphoria” is most often used to compare the experiences of those experiencing Gender Identity Disorder (GID) within the transgender community.

Sadly, one depressed patient under the delusion of Species Dysphoria “had always suspected he was a cat” and “laments his lack of fur, stripes and a tail.” However, we are told that the patient’s “thought processes and perception” were “usually logical” [Kulick AR, Pope HG Jr., Keck PE, “Lycanthropy and Self-Identification.” The Journal of Nervous and Mental Disease 178 (2): 134–7, (1990)]

Would the proper course of action in this case be to use taxpayer dollars to give this individual a species change, including feline fur, stripes and a tail? Would we be required to accept this individual as a bona fide cat and call him Catlyn? Now, I don’t mean this totally tongue-in-cheek, as very few of us envisioned millions of our tax dollars being used to provide sex changes for those under the delusion that they are the opposite sex.

And what of the thousands of people who make their own rules and claim to be Jesus Christ or God? Should we be required to treat them as God and bow down to them and follow their orders? If we are not obligated to accept a white woman as a black woman or a human being as an animal or as a god, why should we be obligated to accept Bruce Jenner as a woman or gay marriage as normal or a real marriage?

The world is getting stranger by the moment and those of us who are pointing out that the emperor has no clothes are considered “behind the times” by so-called progressives. In an age where white can claim to be black, men can become women and queer has become the new straight, one of the tragic outcomes is that those who are straight are the new queers, and liberal elitists now consider those who hold to traditional moral values as evil. How things have changed in such a short time! However, this should not totally shock us, as God has revealed in his Word that such would be the case:

“But realize this, that in the last days difficult times will come. For men will be lovers of self, lovers of money, boastful, arrogant, revilers, disobedient to parents, ungrateful, unholy … haters of good. … Indeed, all who desire to live godly in Christ Jesus will be persecuted. But evil men and impostors will proceed from bad to worse, deceiving and being deceived.” (2 Timothy 3:1-13)