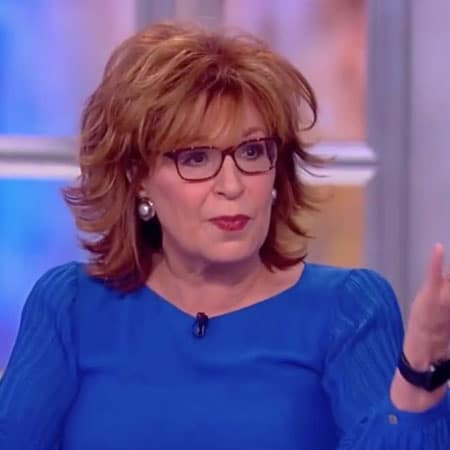 February 13, 2018 on ABC’s “The View”, Joy Behar spent time mocking Vice President Mike Pence and his Christian faith. Behar, who is notoriously far left, claimed Pence was mentally ill because he claims that He communes with God in prayer. Behar stated:

“It’s one thing to talk to Jesus. It’s another thing when Jesus talks to you. That’s called mental illness if I’m not correct. Hearing voices.”

Behar’s hypocrisy is evident here, because she spends a lot of time on “The View” as Hillary Clinton’s ‘Defender and Chief’. Hillary Clinton talks to “dead” people, and has claimed they talk back to her! In one episode of “The View”, Behar claimed that the real reason people are disgusted with Hillary Clinton is because she is a woman, not because of her crooked politics and incessant lying throughout the email scandal. Behar defended Hillary’s chronic lying, claiming, “Maybe she lied a couple of times … everyone in this room has lied.” (Source)

The truth is that Hillary lied about everything, from asserting, “[I] never received nor sent any material that was marked classified” to “we now have driven (health care) costs down to the lowest they’ve been in 50 years.” Even Politifact, a demonstrably left leaning site, filled two pages chronicling over 30 lies that Hillary told the pubic, and that was just the tip of the proverbial iceberg. (Source)

Behar says she wore a black veil after Hillary lost the presidential election to President Trump. Behar is still in denial that Hillary lost, telling “The View” audience that Hillary “did win and I’m not going to give that up.” (Source)

While Behar basically ridiculed hundreds of millions of people who commune with their Creator through prayer, she apparently failed to heap public ridicule on Hillary Clinton, who reportedly talks to dead people like “Eleanor Roosevelt” and “Mahatma Gandhi.” Hillary had new age psychic, Jean Houston, “virtually” move “into the White House,” when Bill Clinton was president. With the help of Houston, Hillary routinely communed with, and received counsel from, “Eleanor Roosevelt,” who has been dead for over 50-years!

While the Clinton White House tried to pas this off as “imaginary” friends, in rituals that are part and parcel of Satanism and witchcraft, Hillary’s medium, Jean Houston, makes it pretty clear that such spirit entities are quite real. In fact Houston and her co-author warn of the dangers of contacting these spirits. When leading a séance and summoning a spirit, she instructs those with her to take “precautions” stating, “We are gathered here in this circle … the entity we have called … can appear to us all … We will … see it, and hear it, and we even could touch it, were it not necessary to take certain precautions…” (Robert Masters and Jean Houston, Mind Games (Dell Publishing Co., 1972), pp. 199- 201).

Houston states that in a “normal, conscious” state, humans are protected from these spirits, as “contact with these other life forms has been made impossible by some kind of shielding against it…” However, Houston states, “By altering consciousness we sometimes drop the shield, and the contacts become possible.” (Ibid, p. 70-71).

Tragically, Houston is encouraging her followers, like Hillary and others, to drop the shield God has erected as a barrier to keep the demonic world from having wholesale access to the human psyche. In the past, Houston led more than 300 people into altered states of consciousness through LSD inebriation, making their minds an “open sesame” to the demonic world. Houston claimed that such experiments “were most effective in conveying psychic truth to the participant,” and “mystical experiences occur among the drug subjects” (New Age Encyclopedia, p. 221).

However, Albert Hoffman, the Swiss chemist who first developed LSD, not only became possessed himself after ingesting LSD (by what he called an “LSD demon”), but claimed in his book, LSD: My Problem Child, that the sensation of spirit possession is the one common denominator found in LSD experimentation.

In a book Houston co-wrote with her husband, Robert Masters, entitled The Varieties of Psychedelic Experience, they acknowledge what appear to be demonic experiences that were encountered by some subjects while experimenting with LSD and DMT (Dimethyltryptamine). One of the so-called “hell experiences” is described by a man who lamented that he “swirled [in] a purple sea, irresistible, angry, and teeming with clammy, serpentine shapes that I thought tried to fasten and feed …” Another, who was injected with the powerful hallucinogen DMT, said “I was told that I would see God,” but instead, experienced “The most terrifying three minutes” of her life. She described her experience as “demonic” and “diabolical,” further stating, “I opened my eyes and jumped from my chair screaming.”

Since LSD and DMT are illegal Schedule 1 Drugs, Houston now seeks permissible ways to introduce her patients, like Hillary, to spirit guides. Instead of relying on lysergic acid diethylamide (LSD), Houston and her husband “developed the ASCID (Altered States of Consciousness Induction Device), which is better known as “the Witches Cradle” (Encyclopedia of Occultism and Parapsychology, p. 485). This device was designed to help bring about altered states of consciousness in their subjects so they could experience the spirit world. It is unclear whether or not Houston used “The Witches Cradle” or ASCID, to help Hillary get in touch with her spirit guides.

Hillary has stated that in her “conversations with Mrs. Roosevelt” that “She usually responds by telling me to buck up or at least to grow skin as thick as a rhinoceros.” (Source)

Hillary did not stop hearing from Eleanor after she and Bill left the White House. In a video of former president Bill Clinton – at the dedication of the Franklin D. Roosevelt Four Freedoms Park on October 17, 2012 – he is seen claiming that Hillary still “communes” with “Eleanor Roosevelt.” Bill states in the video that Hillary wanted him to tell this to the audience. In fact, Bill Clinton states that Hillary wanted the audience to know that “Eleanor” herself requested that he share this with the audience. No kidding! Bill declared:

“A special thanks to the members of the Roosevelt family who are here. And the one who is not, Eleanor, who made sure that the four freedoms were included in the preamble to the Universal Declaration of Human Rights in 1948. I know that because, as all of you famously learned when I served as president, my wife, now the secretary of state, was known to commune with Eleanor on a regular basis. And so she called me last night on her way home from Peru to remind me to say that. That Eleanor had talked to her and reminded her that I should say that.” (Source)

Could you imagine “President Hillary” taking orders in the White House from a demonic spirit guide claiming to be “Eleanor Roosevelt”? What might that mean for the world, with Hillary and “Eleanor’s” fingers on the “nuclear football” and the power to authorize a nuclear war?

However, Joy Behar suggests that Vice President Pence is mentally ill for praying to his Creator, but where was she when Bill was stating that Hillary, the Secretary of State, was still getting messages from a spirit guide that poses as Eleanor Roosevelt? Perhaps Joy did call Hillary “mentally ill” or a demoniac on “The View”, but if she did, I missed it.

It is a dangerous thing to alter your consciousness through drugs and new age techniques, and this is why God commands us, “Be alert and of sober mind. Your enemy the devil prowls around like a roaring lion looking for someone to devour” (1 Peter 5:8).

God warns Hillary, and all of us in His Word, that we are not to seek out spirits posing as the dead, but should instead seek God, our Maker:

“And when they say to you, ‘Seek those who are mediums and wizards, who whisper and mutter,’ should not a people seek their God? Should they seek the dead on behalf of the living? To the law and to the testimony! If they do not speak according to this word, it is because there is no light in them” (Isaiah 8:19-20).