Why Does Tom Brady Feel Empty and Nick Foles Full? 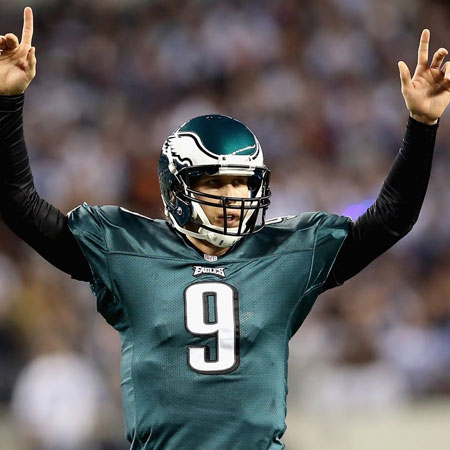 Why does Tom Brady speak of an empty feeling he gets because something is missing in his life, while Nick Foles talks about how grateful he feels?

Some might say, “Well that’s easy, Foles just won Super Bowl LII and Brady lost.” However, Brady made his admission after winning his third Super Bowl, while Foles’ came after enduring trials and considering a premature retirement from the sport. After winning multiple Super Bowls, Brady told Steve Kroft of 60 Minutes that in spite of all of his money, achievements and fame, he still felt puzzled and empty:

“A lot of times I think I get very frustrated and introverted, and there’s times where I’m not the person that I want to be. Why do I have three Super Bowl rings, and still think there’s something greater out there for me? I mean, maybe a lot of people would say, “Hey man, this is what is.” I reached my goal, my dream, my life. Me, I think: God, it’s gotta be more than this. I mean this can’t be what it’s all cracked up to be.”

Kroft went on to ask Brady, “What’s the answer?” Brady replied, “I wish I knew.” 10 years later, Brady was asked the same question and admitted he still had not found the answer. The irony is thick, because Foles was experiencing peace beyond human comprehension – amidst personal struggles – before he had his recent success as the 2018 Super Bowl MVP!

In 2016, after a setback in his young and uneven career, Foles was ready to walk away from the game and fulfill his desire of becoming a pastor. He spent time with his family and prayed about it, and ended up signing as a backup quarterback with the Chiefs:

“That was the greatest thing in the world for me, because it changed my perspective,” Foles said. “It changed my heart, and I realize how grateful I am to be here.” (Source)

That’s right, grateful even for being a backup! Foles understood that life is far more than football and was content to know his life is in God’s hands. He knew he would be blessed no matter what God had planned for his life:

“It took a lot more faith to come back and play than it would’ve to go in the other direction,” Foles said. “Either way would’ve been fine. Either way, I would’ve trusted in God. I would’ve done something else and glorified God in that instance.” (Source)

Part of the key to contentment for Nick Foles was recognizing that peace is found in knowing Christ and in being in the center of God’s will. This is why he was able to share with reporters – before the Super Bowl – that he had peace, regardless of which way the Lord would have led him:

“A lot of people look at this moment and say, ‘Wow, aren’t you super excited that you made that decision and you’re in the Super Bowl, what if you wouldn’t have?’” Foles said Thursday. “But I look at it this way: It wasn’t a matter of that. I’m grateful to be up here, I’m grateful to have this opportunity to speak and play in this game, but at the same time, if I would have made the other decision my life wouldn’t have been a loss. I would have gone and done something else and glorified God in that instance.” (Source)

The key to Nick Foles’ contentment is he discovered that true joy only comes when we live Christocentric lives to God’s eternal glory. Foles saw that God could use football as a platform to introduce others to Christ, before he becomes a pastor:

“It’s something I want to do. I can’t play football forever. I’ve been blessed with an amazing platform and it’s just a door God has opened, but I still have a lot of school left and a long journey.” (Source)

Just a couple of days before his big Super Bowl win, Foles stated:

“I want to be a pastor in a high school. It’s on my heart. I took a leap of faith last year and signed up to take classes at seminary. I wanted to continue to learn and challenge my faith. It’s a challenge because you are writing papers that are biblically correct. You want to impact people’s hearts.” (Ibid.)

Foles has peace that proves illusive to millions of others because he found that true joy and success is not based on money, worldly success or fame, but in being in a right relationship with God, through faith in Christ, and living for His glory. Foles discovered that the key to life, whether one is playing football or speaking in front of a youth group, is to live and play for an audience of one. Foles said, “Every time I play the game, every time I speak, it’s to glorify Him.” (Source)

King Solomon had everything money could buy, but suffered from “vexation of spirit,” and concluded that “success” without God is “vanity of vanities! All is vanity.” (Ecclesiastes 1:2)

Jesus is the eternal thirst quencher. We begin to drink of the living water when we acknowledge we are sinners who have broken God’s moral law, repent, and place our faith in the Lord Jesus Christ. We need to turn from the broad road that Jesus warned leads to destruction and eternal despair (Matthew 7:13-14), and follow Jesus, who declared, “I am the way and the truth and the life. No one comes to the Father except through me” (John 14:6). May the Lord lead all those thirsty souls, who have not yet come to Jesus, to the Living Water. Jesus also said, “The thief comes only to steal and kill and destroy; I have come that they may have life, and have it to the full” (John 10:10). May God lead each of us to find our joy in Him and in leading others to Christ!