MTV SkINS: “The Most Dangerous Program Foisted On Your Children” 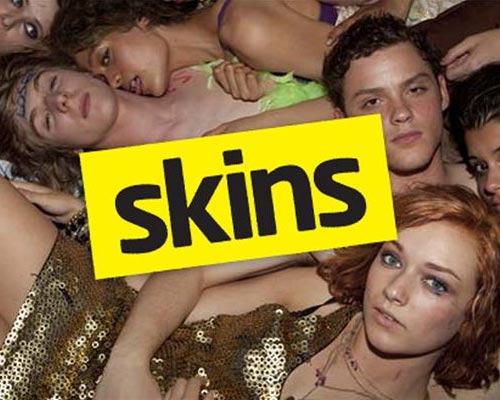 “Have nothing to do with the fruitless deeds of darkness, but rather expose them.”
–Ephesians 5:11

With the premier of MTV’s morally vacuous show Skins on January 11, 2011, MTV’s programming continues to draw millions of vulnerable and impressionable young people down the cesspool of sexual perversion. The fact that millions of Americans are attracted to such filth is evidence of the fact that her moral barometer is spinning wildly out of control.

MTV’s Skins website describes the program as “a wild ride through the lives of a group of high school friends stumbling through the mine field of adolescence… and stepping on most of the mines as they go.” The problem is worsened by the fact that MTV glamorizes stepping into this debauched mine field, depicting the perverse and deadly mines as stepping-stones to teenage bliss. Moreover, MTV fails to reveal the life-shattering consequences that stepping on such destructive mines brings for countless young people every day.

Several years ago MTV’s former president and founder, Bob Pittman, made the stunning admission that MTV’s mission was to brainwash and own our children. Pittman stated that playing on the emotions of the very young and getting them to forget their logic would meet the objective:

“The strongest appeal you can make is emotionally. If you can get their emotions going, make them forget their logic, you’ve got them. At MTV, we don’t shoot for the 14-year olds, we own them.” –”MTV is Rock Around the Clock,” Philadelphia Inquirer, November 3, 1982

Of course, young people whose hormones are in danger of going through the roof will prove to be, in many cases, all too easy prey for MTV. From a biblical vantage point, we understand that we do not wrestle against mere flesh and blood, but against dark, demonic forces that are allied against us (Ephesians 2:1-2; 6:12).

The New York Times reported:
“MTV executives have a new hit drama on their hands, featuring the sexual and drug-fueled exploits of misfit teenagers. They also have something else — a fear that coming episodes of the show may break the law. In recent days, executives at the cable channel became concerned that some scenes from the provocative new show ‘Skins’ may violate federal child pornography statutes.” (Source)

The Times further reported:
“It is unclear when MTV first realized that the show may be vulnerable to child pornography charges… In one of the meetings, the executives wondered aloud who could possibly face criminal prosecution and jail time if the episodes were broadcast without changes.” (Source)

Ian Friedman, an attorney specializing in computer-based criminal sex offenses, claims that even if MTV edited the material which they deem crosses the line into child porn, they can still face serious legal repercussions. Friedman said, “While the images that are portrayed on television may be considered legal, that may not be the case for the edited footage. If that actor is under age and under the age of consent, possessing that raw footage may be problematic.” Friedman further stated, “In the event that some of the footage does constitute child pornography or obscene material, MTV will face the dilemma of what to do with the material. To discard it now may raise another host of legal issues pertaining to the destruction of evidence.”

Tragically, the money grubbing executives and producers at MTV don’t seem too concerned about destroying the lives of millions of young people through the promotion of illicit drugs, alcohol and sexual perversion, but in pushing the envelope of sexual perversion and irresponsibility as far as possible, while at the same time staying out of prison.

While many parents have expressed great concern and alarm that such blatant debauchery would be paraded before America’s youth, MTV’s lame sidestepping of the issues has landed them in even deeper waters. Even though MTV has an extensive advertising campaign to minors through adds appearing on MTV’s Jersey Shore and websites like Teen.com, they are now trying to claim that they are not really targeting the young.

MTV has rated episodes of Skins TV-MA (for mature audiences only), and stated that Skins is “specifically designed to be viewed by adults.” In doing so, MTV is tacitly acknowledging that they are seeking to get adult viewers to watch that which is deemed by many to be child pornography!

MTV is currently deciding what they should do with future episodes of Skins, including one which depicts a butt naked minor running down the street after having taken pills for erectile dysfunction. MTV is also promoting homosexual activity among minors by showing gay sexual encounters between minors. MTV is exploring how far they can push the envelope and exploit the base and perverse desires of weak human beings and at the same time escape criminal prosecution.

Tragically, the world is becoming more perverse and wicked by the hour. Just five years ago shows like Skins would not have seen the light of day, even on MTV. Acceptance by millions of Americans accentuates Jesus’ warning that lawlessness would increase in the last days (Matthew 24:4-13) and that He would return to judge the world after it would once again become like it was in the days of Lot, when Sodom and Gomorrah were characterized by sexual perversion and brazen homosexual activity:

“It was the same in the days of Lot. People were eating and drinking, buying and selling, planting and building. But the day Lot left Sodom, fire and sulfur rained down from heaven and destroyed them all. It will be just like this on the day the Son of Man is revealed.” –Luke 17:28-30

“Then the LORD said, “The outcry against Sodom and Gomorrah is so great and their sin so grievous…. Before they had gone to bed, all the men from every part of the city of Sodom—both young and old—surrounded the house. They called to Lot, “Where are the men who came to you tonight? Bring them out to us so that we can have sex with them.” Lot went outside to meet them and shut the door behind him and said, “No, my friends. Don’t do this wicked thing…. By the time Lot reached Zoar, the sun had risen over the land. Then the LORD rained down burning sulfur on Sodom and Gomorrah—from the LORD out of the heavens. Thus he overthrew those cities and the entire plain, destroying all those living in the cities—and also the vegetation in the land.” –Genesis 18:20; 19:4-6, 23-25

“In a similar way, Sodom and Gomorrah and the surrounding towns gave themselves up to sexual immorality and perversion. They serve as an example of those who suffer the punishment of eternal fire.” –Jude 7 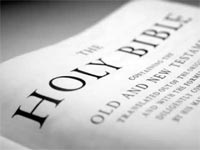 If you are a young person it is important to remember that you were created in the image of God and that your body belongs to the Lord. It is critical that you are courageous in this dark world and that you stand up for Jesus and resist the lies that the evil one is using through wicked show like Skins. The apostle Paul warns, “do not be conformed to this world, but be transformed by the renewing of your mind” (Romans 12:2).

God makes it clear in His word that it is His will that we live Holy lives and solemnly warns us that the sexually immoral will not inherit the kingdom of God:

“It is God’s will that you should be sanctified: that you should avoid sexual immorality; that each of you should learn to control your own body in a way that is holy and honorable, not in passionate lust like the pagans, who do not know God; and that in this matter no one should wrong or take advantage of a brother or sister. The Lord will punish all those who commit such sins, as we told you and warned you before. For God did not call us to be impure, but to live a holy life. Therefore, anyone who rejects this instruction does not reject a human being but God, the very God who gives you his Holy Spirit.” –1 Thessalonians 4:3-8

“Instead, you yourselves cheat and do wrong, and you do this to your brothers and sisters. Or do you not know that wrongdoers will not inherit the kingdom of God? Do not be deceived: Neither the sexually immoral nor idolaters nor adulterers nor men who have sex with men nor thieves nor the greedy nor drunkards nor slanderers nor swindlers will inherit the kingdom of God. And that is what some of you were. But you were washed, you were sanctified, you were justified in the name of the Lord Jesus Christ and by the Spirit of our God…. Flee from sexual immorality. All other sins a person commits are outside the body, but whoever sins sexually, sins against their own body. Do you not know that your bodies are temples of the Holy Spirit, who is in you, whom you have received from God? You are not your own; you were bought at a price. Therefore honor God with your bodies.” –1 Corinthians 6:8-11, 18-20

If you are a parent, it is vital that you are aware of the devices that Satan has arrayed against our children (2 Corinthians 2:11; Ephesians 5:11). Since Satan and his underlings specialize in subterfuge and getting at our children by going underneath the parental radar, it is imperative that all parents who love their children demonstrate spiritual hyper-vigilance when it comes to discerning the kind of programming we allow our children to be subjected to. If we are to safeguard the moral and spiritual wellbeing of our children, we need to lovingly encourage them in the truth of God’s Word and diligently pray for the sanctifying work of the Holy Spirit to be manifested in their lives. Let us also diligently pray that MTV would come under great conviction and cancel their wicked and perverse show.

May God give you the grace and wisdom to insure that you do not abdicate your role as a parent, and end up by default allowing MTV to raise your children. May God give us all a heart of discernment and the desire to be fully surrendered to Him in these last days.