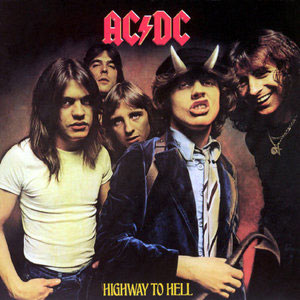 Sadly, AC/DC’s lead singer, Bon Scott, “drunk himself to death” according to the coroner’s report. Scott was found dead in his car after an indulgent binge left his body lifeless and his soul at the end of the “Highway to Hell,” which Bon Scott sang about prior to his death. Scott violently choked to death on his own vomit.

Scott, who wore a satanic pentagram around his neck, sang in his song titled “Highway to Hell,” “Hey Satan, paid my dues, playing in a rockin’ band, I’m on a highway to hell.” Circus Magazine reported, “Throughout the AC/DC catalogue, there is a disturbing correlation between pleasure/sex/drunkenness and unconsciousness/death, which has now reached its tragic culmination.”

AC/DC’s philosophy and music not only drove Bon Scott to a premature death, but the U.S. Army used AC/DC’s music as “psychological torture” to drive Manuel Noriega out of the Vatican Embassy and into prison. Sadly, millions of AC/DC fans have voluntarily ingested the same poison that was forced on Noriega and killed Bon Scott, facilitating his highway to hell. 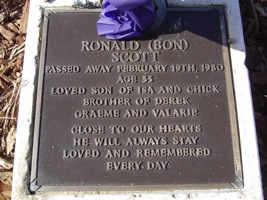 AC/DC was up-front with their fans when they made it clear that they not only found their fame in a rock band by Satan’s power, but that they desired to drag their listeners into eternal damnation with them, “if God’s on the left, I’m on the right, I’m gonna take ya to hell, I’m gonna get’cha, Satan got’cha, Hell’s Bells, If you’re into evil, you’re a friend of mine.”

Thank God He has made a narrow road which leads to eternal life and heaven for those who prefer to have eternal joy with their creator, rather than eternal torment (Matthew 7:13-14, John 14:6).

Watch Our Short Exposé On AC/DC