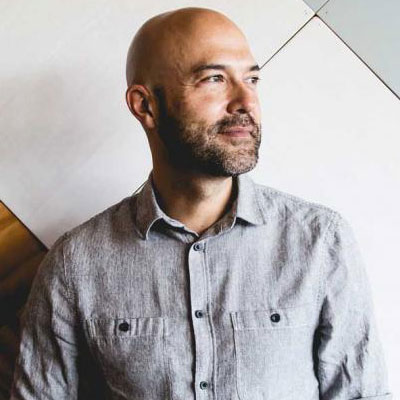 Joshua Harris’ Departure from the Faith and Why it Hurts

Joshua Harris, according to his own words, has fallen away from the faith. While he is not the first one to ever forsake so great a salvation, it doesn’t make the resolution any less devastating. Devastating for believers who would never want such judgement to befall someone who has known the truth. Devastating for those who had read and benefited from his previous writings. Devastating for the congregation he once pastored. Devastating for his children, as he leaves an example of forsaking the risen King who died on his behalf. And of course, devastating for his wife who did not sign up to be married to an apostate.

I write this holding back tears when I consider his wife and family and relate them to my own. My wife and 4 children are under my umbrella of leadership, which is ultimately under the umbrella of Jesus. When I fathom leading them in any wrong direction, I tremble at the idea of keeping my children from the kingdom of God, as Jesus said of the Pharisees in Matthew 23:13. I also consider the warning that Jesus gives in Luke 17, that causing little ones to stumble is worthy of a watery grave. Can you imagine being the catalyst for the reason your children lose their faith? If Paul became all things to all people, in order to save some, and the Pharisees were told they are shutting people out of the kingdom of God, our effect on other’s eternal destination should be something we take quite seriously.

Besides the fact that his stumbling will undoubtedly have an effect on others, the scariest warnings concerning judgement are upon the apostate.

For if, after they have escaped the defilements of the world by the knowledge of the Lord and Savior Jesus Christ, they are again entangled in them and are overcome, the last state has become worse for them than the first. For it would be better for them not to have known the way of righteousness, than having known it, to turn away from the holy commandment handed on to them. (2 Peter 2:20-21)

Did you read that? It is better if they never knew! Why, you ask? Because there are different levels of punishment in Hell. I cannot begin to comprehend the reality of eternal conscious torment, which is clearly taught in Scripture. (Listen to our Good Fight Radio Show podcast episode “Where Do Believers Go When We Die?” which discusses “Soul Sleep” and the difference between Hades and Hell.) However, when I begin to think about the fact that there’s actually worse punishment for some than others in that place, it is something so hard for me to even grasp. But this is precisely what Jesus taught:

And that slave who knew his master’s will and did not get ready or act in accord with his will, will receive many lashes, but the one who did not know it, and committed deeds worthy of a flogging, will receive but few. From everyone who has been given much, much will be required; and to whom they entrusted much, of him they will ask all the more. (Luke 12:47-48)

This is because the Bible is very clear: apostasy is cowardly. In fact, many scholars point out that the word “cowardly” that is used in the Book of Revelation chapter 21 of those who will go into the lake of fire is specifically speaking about those who would turn away from their faith when persecution came.

It seems to be that the call to renounce your faith by stating, “Ceasar is YHWH” has become, “I support marriage equality for the LGBTQ+ community”. While many in the Early Church were unwilling to recant under the threat of death and lost their lives, far too many pastors are sacrificing their Savior at the alter of acceptance.

In fact, we are warned of this very thing in the parable of the sower in Matthew 13. Both the first two soils which the seed fell on (and did not remain) are carried away by a couple of things pertinent to Mr. Harris and others who have fallen. Pertinent to Mr. Harris are the statements found In verse 21, the persecution because of the word and, in verse 22, the worries of this world and the deceitfulness of wealth.

From Harris’ reasons for taking his books off the shelf, to his page that is dedicated to his marketing-based Instagram, it seems like the acceptance of the LGBT+ crowd and their followers, who give hearty approval of their sinful desires, is far too strong a pull. In the warning mentioned above about those who escape those who live in error and have a greater judgement when turning back, that is in the context of false prophets promising people freedom in their lustful desires, when they are slaves to corruption. Homosexuality and every other sexual desire that is unscriptural, places the practitioner in bondage. Those living out a prideful life of sin are living a lie. Promising them freedom is only confounding the sin they are involved in.

Following Harris’ story since becoming acquainted with him through his books, this does not seem like an overnight decision. It seems to be a number of foxes that ended up ruining his vineyard of faith. From stepping down as a pastor, to pulling his books from the shelves, his separation from his wife and his announcement of apostasy, it seems to be a falling away from the word of God and it’s sufficiency. In my experience with counseling others, these doubts are typically accompanied by sin, and the suppressing of truth is related to unrighteousness. While I don’t know his exact situation, this has usually been the trail of the apostates that I have encountered. When his separation was announced, I actually recorded a podcast show concerning his pattern of compromise. I asked in that show, after investigation of his social media fingerprint, whether or not he had turned away from the Lord. He subsequently posted that he had on the following Friday after recording my show that prior Tuesday morning. If you would like to hear further as to why I questioned where he was in his walk, you can listen to the episode here: Former Pastor & Purity Advocate Joshua Harris Separates From Wife