Glenn Beck, Joel Osteen and the End of Days 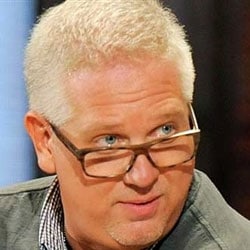 Our staff at Good Fight Ministries posted the following on our Facebook page on Wednesday, August 20, 2014: “Glenn Beck stops by Joel Osteen’s church!”

“…we spent Sunday morning with our religion followed by a service at Joel Osteen’s Lakewood Church in Houston. I spoke with Joel and Victoria before and after the service. They are always so kind and gentle. While again, we might disagree on “religion”, just as I might have with the Archbishop, we are in total agreement on faith.” –Glenn Beck, “Are we a nation divided?” August 18, 2014, glennbeck.com

If a Mormon can come to your church and interact with your pastor, and come out believing that they both share the same faith, you might need to find yourself a new church.

Want to see the difference?

Ephesians 2:8-9 (God’s Word)
“For by grace you have been saved through faith; and that not of yourselves, it is the gift of God; not as a result of works, so that no one may boast.”

Since that post we have been asked “What do you mean? Beck is a false teacher?”

I wanted to weigh in on this because, tragically, I see many conservative evangelicals being drawn into Beck’s lies. They are seduced by Beck’s “form of godliness” (2 Timothy 3:1-7), his claim to wholesome conservative family values, his anti-NWO stance, etc., only to be turned by Beck to the false gods the Lord warns so much against. Along with Beck’s cultic Mormon heresies, which he has been promoting more and more on his show, is Becks’ new age book The 7 Wonders That Will Change Your Life (co-authored with Dr. Keith Albow), which promotes new age universalism, a different gospel, a different spirit and a different Jesus (2 Corinthians 11:2-4, 13-15). In his book, like new ager Oprah Winfrey, Beck writes positively about reading the new age, demon-channeled book, A Course in Miracles, by new age mystic, Helen Schucman (7 Wonders That Will Change Your Life, p. 56). A Course in Miracles actually teaches the lie “There is no sin,” (see 1 John 1:7-9) and the horrific blasphemy:

“Do not make the pathetic human error of ‘clinging to the old rugged cross.’ The only message of the crucifixion was that we can overcome the cross. Unless you do so, you are free to crucify yourself as often as you choose. But this is not the gospel I intended to offer you.” –Helen Schucman, A Course in Miracles, Chapter 4, “The Root of All Evil,” p. 56

Beck’s book also promotes the Eastern mystical practice of transcendental meditation (Ibid., p. 79), mixed with the heresy of universalism (God lives in everyone). We read:

“As you commit to unlocking and bringing forth the truth inside you, don’t be afraid to pray for help. Don’t be reticent to sit with yourself in silence and meditate. Connect with the miracle of spirit, of God, that has lived inside you from long before you were born.” –Glenn Beck, Keith Ablow, The 7 Wonders That Will Change Your Life (Threshold Editions, 2011), p. 85

Beck and Ablow falsely teach that you can simply pick just about any old god and he will do:

“Pray to whatever higher power you believe in…Praying that God or Nature or the Cosmos or your own internal, immeasurable reservoir of spirit allows you the courage and faith to find and then face the truth…” (Ibid., p. 132). 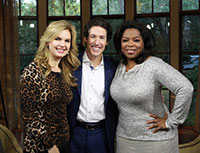 Beck’s new agey, postmodern pragmatism is turning many conservatives, who have been caught in his web, to the very demon gods that Oprah Winfrey is pushing on her more liberal audience. Satan has many different flavors for many different victims. May we heed the Lord’s solemn warnings against the false prophets that he repeatedly declared would arise in the last days. If false prophets were so obvious and did not share many of our values, they would not be a danger. May the Lord give us the courage to stand up for the name of Jesus and the true gospel in these last days (1 Corinthians 15:1-4). May we heed His warnings against the false gospel’s promoted by Glenn Beck and other deceivers:

“I am amazed that you are so quickly deserting Him who called you by the grace of Christ, for a different gospel; which is really not another; only there are some who are disturbing you and want to distort the gospel of Christ. But even if we, or an angel from heaven, should preach to you a gospel contrary to what we have preached to you, he is to be accursed! As we have said before, so I say again now, if any man is preaching to you a gospel contrary to what you received, he is to be accursed” (Galatians 1:6-9)

“But I am afraid that, as the serpent deceived Eve by his craftiness, your minds will be led astray from the simplicity and purity of devotion to Christ. For if one comes and preaches another Jesus whom we have not preached, or you receive a different spirit which you have not received, or a different gospel which you have not accepted, you bear this beautifully… or such men are false apostles, deceitful workers, disguising themselves as apostles of Christ. No wonder, for even Satan disguises himself as an angel of light. Therefore it is not surprising if his servants also disguise themselves as servants of righteousness, whose end will be according to their deeds” (2 Corinthians 11:3-4, 13-15).