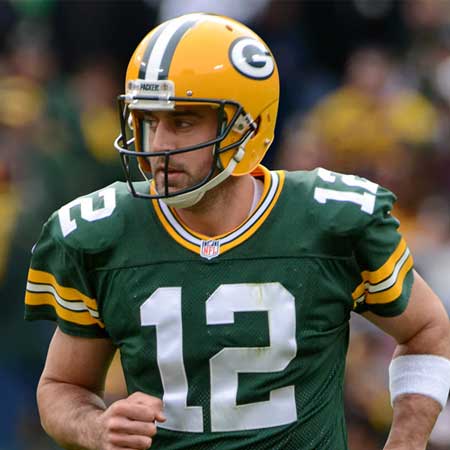 False hope does not bring anyone to Christ. Look no further than the latest “revelation” that star quarterback Aaron Rodgers had, based on his longstanding relationship with Universalist, Rob Bell. In a recent in-depth article on the pages of ESPN The Magazine, which took a look into the life of Aaron Rodgers, the Super Bowl winner delved into some of the concerns he had with certain doctrines he grew up believing:

“For years, these concerns nagged at him, especially as he met more people from other walks of life — teammates who grew up in different parts of the world, friends with different religious backgrounds. He started reading books that delved into alternate interpretations of theology. Then, not long after he became the starter in Green Bay in 2008, he met Rob Bell, a young pastor from Michigan whom the Packers invited to speak to the team. When the talk ended, Rodgers waited for the group to dissipate and then introduced himself to Bell, best known for his progressive views on Christianity. The two men struck up a friendship. Bell sent Rodgers books on everything from religion to art theory to quantum physics, and the quarterback gave him feedback on his writing. Over time, as he read more, Rodgers grew increasingly convinced that the beliefs he had internalized growing up were wrong, that spirituality could be far more inclusive and less literal than he had been taught. As an example, he points to Bell’s research into the concept of hell.” (ESPN The Magazine, Sept. 18, 2017 | Online Source)

When speaking about the Bible, Rodgers stated:

“It’s a beautiful piece of work, but it was never meant to be interpreted as I think some churches do.” (Ibid.)

The interviewer then asked about his “Christian” faith:

“I ask him whether he still sees himself as a Christian, and he says he no longer identifies with any affiliation.” (Ibid.) 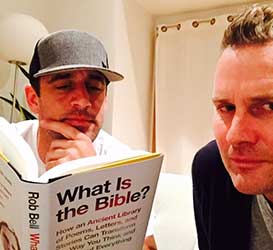 In a personal Instagram post from May 2017, Rodgers is seen (along with Rob Bell) reading Bell’s latest release, What Is the Bible?. Earlier in 2016 Rodgers officially endorsed Rob Bell’s book, How To Be Here, even going so far as to state the following:

“Listing all the ways in which Rob has positively impacted my life would take up too much space; so I’ll simply say that he has inspired me to live life with a deeper level of appreciation and to love people with a greater awareness of our connectivity.” (Aaron Rodgers, Harper Collins Publishers | Online Source)

While those in the emergent church may want you to believe that the way to evangelize the world is by producing doctrines that are easier to swallow, notice where it has led Mr. Rodgers: down a path unaffiliated with the God who shed His blood for him (Acts 20:28). Not in any affiliation with the one who went to the cross. No longer considering himself connected to the One who, in extreme anguish and prayer, sweating drops of blood before He went to pay for Rodgers’ sins (Luke 22:44). This universalist doctrine takes away the beauty of sanctification and living a life in the true knowledge of Christ. Let us never fall for Satan’s first lie, “…Ye shall not surely die” (Genesis 3:4).

For more information on Rob Bell and his viewpoints on hell, go to the Good Fight Ministries’ article by president and founder, pastor Joe Schimmel, “Rob Bell: Populating Hell”.