Avatar and the Coming One World Religion 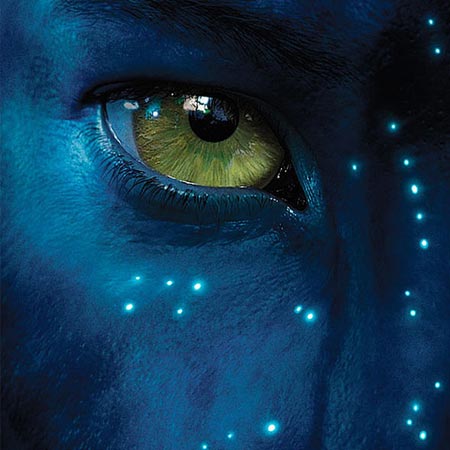 Check out our related Audio Resource:
Avatar and the Coming Delusion

James Cameron’s movie Avatar is a spellbinding blockbuster whose effects are so astonishing that they vividly transport the audience into another worldly realm where worshipping a tree and communing with spirits are not only acceptable, they are attractive. Avatar is also markedly pantheistic and essentially, the gospel according to James Cameron. This pantheistic theme that equates God with the forces and laws of the universe is outwardly depicted by the heroes and heroine in the movie who all worship Eywa, the “All Mother” Goddess, who is described as “a network of energy” that “flows through all living things.”

Overall, the movie is strewn with ritualistic magic, communion with spirits, shamanism, and blatant idolatry as it conditions the audience to believe these pagan occult lies. In addition, the audience is led to sympathize with the Avatar and even ends up pulling for him as he is initiated into pagan rituals. Even the lead scientist becomes a pagan in the end, proclaiming that she is "with Eywa, she’s real," and goes to be with her upon her death.

While James Cameron’s fictitious depiction of ‘nature religion’ lends itself well to the new age lie that Native American religions were life-affirming and harmless, Mel Gibson’s portrayal of Mayan priests in Apocalypto, beholden to blood thirsty deities that demanded the blood of their sacrificial victims, was far closer to the truth. Cameron’s sugar coating and romanticizing of savages and ancient nature worship depicted in Avatar flies in the face of the facts found in ancient codexes and archeological finds that reveal that the Aztecs, Mayans, and Incas all engaged in mass human sacrifice, including taking the lives of innocent children to appease their demon gods.

Given James Cameron’s track record of attacking Christianity, and specifically Christ’s resurrection in the roundly discredited documentary, The Lost Tomb of Jesus, it should not be surprising that he would write and direct a $300 million dollar propaganda piece that promotes the worship of nature and spirits.

Clearly, Hollywood has had a steady hand in turning America away from her conservative Christian roots to new age occult beliefs and practices. Pantheism appeals to the Hollywood crowd because it teaches that we are all God and that we need not be concerned about being obedient or accountable to a personal God who created the universe. However, it is not only Christ-rejecting directors who are seeking to get the world to embrace the worship of the earth under the guise of their imaginary Mother Earth Goddess; it is also the leader of the global warming movement himself, Al Gore.

In his book, Earth in the Balance, Gore suggests that we return to the worship of nature and upholds various nature worshipping sects and Native American religions as a model:

“This pan religious perspective may prove especially important where our global civilization’s responsibility for the earth is concerned…Native American religions, for instance, offer a rich tapestry of ideas about our relationship to the earth…All things are connected like the blood that unites us all.” (Al Gore, Earth in the Balance – Ecology and the Human Spirit, 1992, p. 258-259)

Seeking a new age synthesis that combines various occult traditions, Gore favorably quotes the Hindu teaching, “The Earth is our mother, and we are all her children," (Ibid. p. 161). Incredibly, Gore further claims that we should seek new insights from goddess worshippers of the past and blames Christianity for its near elimination:

"The spiritual sense of our place in nature…can be traced to the origins of human civilization. A growing number of anthropologists and archeo-mythologists…argue that the prevailing ideology of belief in prehistoric Europe and much of the world was based on the worship of a single earth goddess, who was assumed to be the fountain of all life and who radiated harmony among all living things…The last vestige of organized goddess worship was eliminated by Christianity…[I]t seems obvious that a better understanding of a religious heritage preceding our own by so many thousands of years could offer us new insights…" (Ibid, p. 260)

Gore goes on to declare that we need to find a new nature-based religion and quotes New Age theologian, Teilhard de Chardin, in support of the “new faith” of the future:

"This point was made by the Catholic theologian, Teilhard de Chardin, when he said, ‘The fate of mankind, as well as of religion, depends upon the emergence of a new faith in the future.’ Armed with such a faith, we might find it possible to re-sanctify the earth." (Ibid, p. 263)

With leading Hollywood directors and Washington political figures leading the way, America is quickly returning to the paganism that shrouded the world in spiritual darkness for millennia. May God help us heed the warning of the apostle Paul, found in Holy Scripture, who warned that the worship of nature in ancient times was the result of turning from the worship of the one true God who created nature in the first place:

“For although they knew God, they neither glorified Him as God nor gave thanks to Him, but their thinking became futile and their foolish hearts were darkened. Although they claimed to be wise, they became fools and exchanged the glory of the immortal God for images made to look like mortal man and birds and animals and reptiles. Therefore God gave them over in the sinful desires of their hearts to sexual impurity for the degrading of their bodies with one another. They exchanged the truth of God for a lie, and worshiped and served created things rather than the Creator—who is forever praised. Amen.” (Romans 1:21-25)