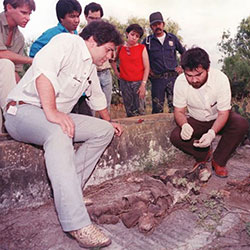 “I think the suspects must be possessed by the devil. That would be the only explanation for such bizarre actions.” So voiced the mother of slain victim Mark Kilroy, found murdered in Matamoros, Mexico in April of 1989. Kilroy had been spending time over the Mexican-American border during spring break when he suddenly disappeared. Missing for weeks, Kilroy’s parents turned up the heat on the Mexican government, causing an all out search for the missing boy. Eventually, he was found murdered, along with another grisly discovery. The investigation into the disappearance of Kilroy had accidentally led authorities to a graveyard of people who were all recently missing as well.

The bodies of dozens of people were found mutilated and sacrificed in occult rituals used for blessings over drug manufacturing. Carlos Tapia, Chief Deputy of Cameron County, Texas, remembers his shocking investigation. He stated:

“I thought in my twenty two years of law enforcement I had seen everything. I hadn’t. As we drew near, you could smell the stench…blood and decomposing organs. In a big, cast iron pot there were pieces of human bodies and a goat’s head with horns.” 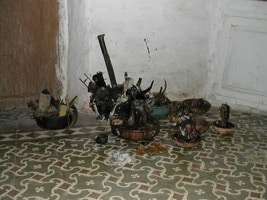 Authorities also discovered an assortment of “voodoo paraphernalia,” a blood splattered altar of sacrifice, cheap rum, human body parts, animal bones, chicken and goat heads, as well as the witch’s cauldron filled with the foul mixture of blood and flesh.

The human sacrifices offered to Satan were people who were abducted off of the streets, locals and otherwise. Tapia sheds some light on those who performed homage by human sacrifice to their god:

“In their wicked, distorted minds there was no seriousness. They thought they had performed some kind of heroic deed for the Devil. They believed that by sacrificing innocent human beings, their loads of marijuana would have an invisible shield of protection from law enforcement officers. They were moving an average of one thousand pounds a week across the border.” 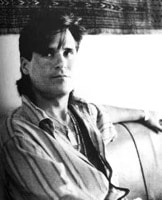 The ringleaders of the group, Adolfo Constanzo and Sara Aldrete, were both immersed in the occult and sold out to its application in order to gain prosperity. Carl Raschke, considered a leading authority on the occult, sets forth:

“Constanzo, like his American counterparts who had steeped themselves in the fashionable black arts as dictated over the years by such magical luminaries as Aleister and Anton LaVey, founder of the Church of Satan, could only be called a Satanist.”

Constanzo’s group was wound up in a voodoo type religion known as Santeria. Santeria encapsulates a ritualistic magic that slowly evolved to become a major religion in the Central America’s. Its foundation is the occult and it’s basic tenure parallels Satanism as defined by the chief Satanist of the twentieth century, Aleister Crowley. Migene Gonzalez-Wippler, author of Santeria: African Magic in Latin America, and devout follower as well defines Santeria through comparison:

“The English magician Aleister Crowley defined magic as the ability to effect changes in consciousness in accordance with the will of the magician. This definition agrees with the magical principles of Santeria.”

Constanzos and Aldrete’s actions resulted from obedience to occult powers. Santeria’s all encompassing philosophy of Crowley’s motto, “Do What Thou Wilt,” allowed them the liberty to snuff out the lives of innocents. In the occult and Satanism there is no overall value system, no universal rules concerning sex, drinking, drugs, lying, etc. Professor Mercedes Sandoval, of Miami-Dade Community College underlines this very point. She says, “Santeria has no moral stance. It doesn’t make judgements in your life. It doesn’t say no to anything.”

What led to the gruesome mass sacrifice of so many people in Matamoros? The motivations for the deranged killers sprouted not only from the Crowley-like Santeria, but also the big screens of Crowley-like Hollywood. Constanzo was known for giving psychic readings to many musicians and famous Hollywood celebrities. But aside from this, the greatest factor that most influenced him was a movie called The Believers. This film was actually a major contributor for inspiring Constanzo and his cronies to recapitulate what they viewed. 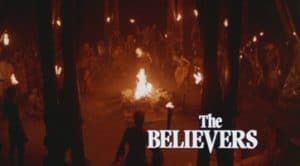 In 1987, director John Schlesinger made The Believers, starring Martin Sheen and Jimmy Smits. The film was about a New York City cult that sacrifices children to gain money and power and clearly bases much of its ritualism on Santeria. According to the confessions of the accused, their distinct style of religion had been based on the supernatural Hollywood movie. Occult researcher Carl Racshke confirms:

“It is not at all surprising that Constanzo and Sara Aldrete were infatuated with the movie The Believers. The magical practitioners in the film are portrayed as insuperable and almost all knowing.”

The Matamoros group used the principles outlined in the movie as a springboard for executing their occult beliefs. Serafin Garcia, close participant with Constanzo and Aldrete totally succumbed to the message in the film. After being arrested, Garcia confessed to George Gavito the gravity of the situation. Gavito recalls:

Although unfamiliar with the ins and outs of Santeria, The Believers programmed Garcia and provided a mind-altering influence for his torturous slayings. Gavito adds:

“Elio made [Serafin] Garcia a priest, but Garcia didn’t really know what he was practicing because all he had on his mind was the movie.” 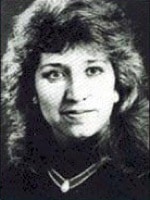 Sarah Aldrete, called the most “wickedly depraved” of the bunch by an interviewing officer, used the movie to recruit members into avenues of the occult. Rolling Stone magazine wrote:

“[There is]…a story making the rounds that tells of the night Aldrete persuaded three male friends to screen a video of The Believers. After the film, say the students, Aldrete stood up and began to preach in strange tones about the occult. ‘They had been drinking and they just thought she was trying to be spooky,’ says one student who knows the boys, ‘but they look back on it now and think she must have been serious.'”

Satan’s messages are without a doubt absorbed by the world and used as elusive tools for reconditioning. Incidents such as this proves that even movies that are not blockbuster types with full blown special effects have incredible potency to muster the sinful nature within man. Chief Deputy Carlos Tapia warns: “Don’t get caught unawares like we did… Do yourself a favor. Save your kids!” Sadly, when the news of the sacrifices broke, instead of people avoiding evil and saving their kids, they jeopardized them and gravitated to it. Gary Provost, in his documentary The True Story of the Satanic Cult Killings, wrote:

“In video rental shops everywhere, clerks noticed a run on the film The Believers. When news stories reported that the movie had been used as a recruiting film by Constanzo’s youth cult members, the stores had thousands of calls for the film.”

If Hollywood says human sacrifices are acceptable, then acceptable they must be! Sadly, Mark Kilroy and a host of others had to lose their lives as a result. Don’t allow your brain to be twisted and programmed by what the world defines as acceptable and innocent shows. Spend time with the Lord, learn of Him and let each day of your life be a devotion to Him.