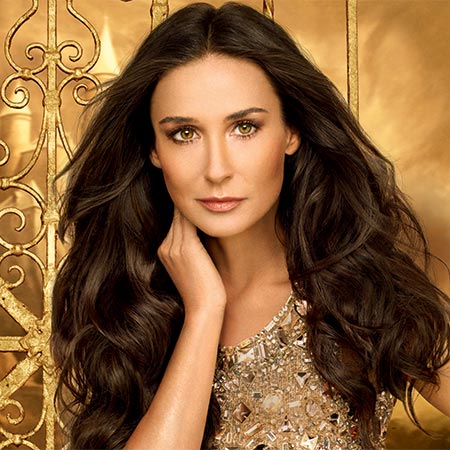 When Deepak Chopra guested the Oprah Winfrey Show in 1993, the Queen of the Talk Shows ratified the teachings of this healing guru as someone who has had a deeply profound impact on our world. The very day of his appearance on the show, his book Ageless Body, Timeless Mind sold 137,000 copies and helped to launch him into the New Age stratosphere of influence. Chopra was instructed under the guidance of Maharishi Mahesh Yogi, the founder of the Transcendental Meditation (TM) movement, and set out to advance the teachings of this Indian guru. Chopra alleges that we are local expressions of the Infinite Universe and not individual beings, whereby we are immortal. These teachings are not unique because they are found in the doctrines of pantheism, which asserts that things are an expression of god and are god. This conflicts with the Biblical view that God is the Creator of all things and stands apart from His creation. All things are not manifestations of God, nor are we substances of God. This idea that we are one with all things and that God is one with us contradicts His Word. (Romans 1:18-25, Numbers 23:19 )

Satan’s agenda entails substituting a counterfeit spirituality that removes one from the life saving sacrifice of Jesus Christ, thereby leaving them in an unforgiven state where they must be punished for their sins. Deepak Chopra has flatly stated the aims of his spiritual priggisms: “I satisfy a spiritual yearning without making [people] think they have to worry about God and punishment.” He is deceptively and willfully fulfilling a satanic agenda by leading many astray through fallacious teachings. Chopra has realized the incredible potential that lies in Tinseltown and he has sought to create a connection between society and the entertaining peddlers who make their livings there. He has written extensively on the important impact that Hollywood has – and must have – for the continuing spiritual death of Christianity and emergence of Eastern mysticism as defined by his philosophy. Chopra wrote:

“Hollywood’s greatest achievement is to seep into the unconscious of the world, and it has never done so widely than now…They are the seeds Hollywood alone can plant…At the end of The Matrix, when Neo stops the bullets in mid air and sees throughout the illusion of happiness created by the monstrous machines, a chill went up our collective spine. What he had seen through wasn’t the Matrix, but the Maya (Buddha).” 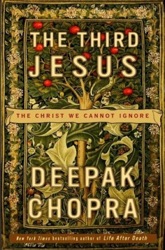 Chopra’s insights have dug a wellspring of support from Hollywood’s ranks, including Naomi Judd, Elizabeth Taylor, Steven Segal, Olivia Newton John, and perhaps the most prominent, Demi Moore. Moore has sat on Chopra’s board of advisors for his center in La Jolla, California and refers to him as her personal “guru.” She makes use of her influential celebrity status to persuade society into contemplating and receiving his teachings. She has also contributed her time and efforts to promoting Chopra in literary and audio form. His CD, titled A Gift of Love, finds Moore reciting Hindu liturgies and New Age philosophies to the strain of musical instruments predominantly used in Hindu ridden India. Accompanying Moore are other Hollywood illuminaries such as Goldie Hawn, Laura Day, Madonna, Martin Sheen, and Debra Winger. It seems as though Chopra has successfully made his claim in Hollywood and is putting it to work to fulfill his spiritual agenda of ransacking the world. His demonic acumen lead him to proclaim:

“Hollywood’s great potential is to fulfill unspoken needs, above all, the need to transcend…Despite the enormous pressures and greed that has always stained Hollywood, its visionaries are attuned at this deeper level. I don’t see any one else who wields such untold power -or must live up to it.”

Those who endorse the outlandish claims of New Age gurus are themselves engaging in a war against God. As the Satanist Aleister Crowley taught, personal satisfaction and empowerment come from sloughing off God’s commandments to embrace self-aggrandizement. Demi Moore’s life has been one of reaching this goal of personal power. Her good friend, actress Ally Sheedy, recalls an incident where:

“Demi was talking about Madonna and she said, ‘That’s what I want, I want that.’ I said, what do you mean? You want all that money? Demi said, ‘It’s not just the money. It’s the power. She has power and I want power.’ It was an illuminating moment for me.”

Moore’s ability to obtain power ostensibly came through the occult practices seen above, as well as those of psychic phenomena. The second leg of Moore’s occultism is found in the person of Laura Day. She is a world renown psychic who has made a career out of teaching people how to get in touch with occult powers and spirits, as evidenced by her book, Practical Intuition. In the introduction to her book, Moore pays homage to the success her mentor had in guiding her through important career decisions:

“The next time I had an opportunity to hook up with Laura was after my daughter was born and my career was slowly starting to pick up again. I’d just completed Ghost and had a few other films lined up. One in particular, The Butcher’s Wife, required the consultation of a psychic for accuracy in the script, and once I understood what to refer to Laura’s profession as, she was my first choice for the job. Paramount Pictures was thrilled to have her invaluable input on the film, and I seized the opportunity to better understand her gift myself.”

Moore continues to parade the forbidden power of psychics as a solution to real problems. Masking the evil behind the mask, she paints the rosiest of pictures for unaware readers who place an undeserved trust in her opinion because of their familiarity with her in their own living rooms. She writes: 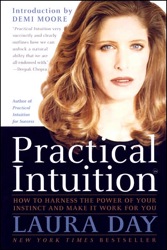 “Well, to this day she never ceases to amaze me. In my scattered notes, I discovered that Laura had predicted not only the importance of a particular magazine cover having a profound effect on how people would perceive me, but that the major work of my career would not really begin until I hit my thirties- Laura Day is a remarkable woman with remarkable abilities, but for me, what is most enjoyable about her is how she has taught me to believe in myself and my own intuition.”

Movies, commercials, advertisements and special documentaries involving the use of psychic principles are on the rise. The Sci-Fi Channel debuted Crossing Over With John Edward, a series hosted by the well known psychic who says he communicated with the deceased. He claimed his purpose as tutorial: “I agreed to do the show to teach people about the other side, so they understand this is not hocus-pocus.” (Source) A slew of films such as The Sixth Sense, Stir of Echoes, The Others, Roswell, The X-Files and Buffy The Vampire Slayer, are only a miniscule list of programs dealing with ESP or the psychic world. These all beckon the viewer to forget the reality of God and submit to the pursuit of empowerment by leaving their mind at the door. Accordingly ghost contacts and sightings have increased three times since 1995.

Meg Ryan, who regularly visits ashrams and makes use of ouija boards on the movie set, stated:

“The culture has a real fear of the word guru…This feeling that it’s this new age thing to do and that you’re really hollow if you’re investigating it is, I think, incredibly shortsighted. There are things for which your mind is irrelevant. You’re mind does just not have the capacity to figure it out: What are we doing here? Why are we here? What is it all about? What is, who is God?”

The Bible readily answers all of her questions quite succinctly. God did give us the capacity to understand who He is through the personhood of Jesus Christ. He also commanded that we love Him with all our heart, soul, mind and strength. He would not have instructed us to do so were it not possible. The way occult purveyors gain followers is by convoluting issues to get them to dismiss the natural God given knowledge they do possess and accept a philosophy that can only be received when the mind is not a part of the equation.

The Bible warns us against such frivolity. The apostle Paul says, “Do not be deceived, God is not mocked; for whatever a man sows, this will he also reap.” If you plant tomato plants you will not reap corn. Spiritually, the same principle applies, if you plant yourself in front of the television, which presents to you a barrage of rebellion and sin, you will not reap eternal life and peace. Paul continues, “For the one who sows to his own flesh, shall from the flesh reap corruption, but the one who sows to the Spirit shall from the Spirit reap eternal life.” The culmination of decades of Hollywood filth is unarguably turning on the spiritual faucet wherein moral sewage is watering the seeds of sin. Society is reaping the depravity of escalated perversion, destroyed marriages, and rebellious children as result. The only hope of in this whirlpool is Jesus.