Lucifer To Appear On Fox 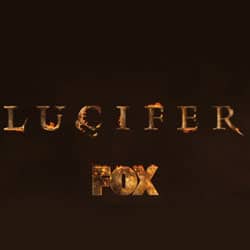 Believe it or not, Fox Television is getting ready to air a new television show called Lucifer, which actually portrays Satan as a likable and benevolent being. We are told “the TV series centers on Lucifer who, bored and unhappy as the Lord of Hell, resigns his throne and abandons his kingdom for the gorgeous, shimmering insanity of Los Angeles, where he gets his kicks helping the LAPD punish criminals.” (Source)

Those who know God’s Word should be aware that the entire premise of the show is packed with lies, and why not? It is a show glorifying Lucifer, who Jesus called “the father of lies” (John 8:44).

Warning: Official Trailer may be inappropriate for some viewers

First, it is a blatant deception to portray Satan as “the Lord of hell.” That is a lie that is actually taught by some Satanists who have been misled to believe that they will somehow rule and reign with Satan in the underworld. However, while Jesus did say that hell was created for Satan and his angels, it was not created as a place for him to rule, but as a place of eternal punishment:

“Then he will say to those on his left, ‘Depart from me, you who are cursed, into the eternal fire prepared for the devil and his angels’.” –Matthew 24:41

“And the devil who deceived them was thrown into the lake of fire and brimstone, where the beast and the false prophet are also; and they will be tormented day and night forever and ever.” –Revelation 20:10

Rather than being seen as a ruler in hell, Lucifer will be rendered absolutely powerless:

“Hell from beneath is excited about you, to meet you at your coming; it stirs up the dead for you, all the chief ones of the earth; it has raised up from their thrones all the kings of the nations. They all shall speak and say to you: ‘Have you also become as weak as we? Have you become like us? Your pomp is brought down to Sheol, and the sound of your stringed instruments; the maggot is spread under you, and worms cover you.’ “How you are fallen from heaven, O Lucifer, son of the morning!” –Isaiah 14:9-12

However, presently, rather than ruling hell, Satan is roaming the earth, seeking people to devour:

“Be of sober spirit, be on the alert. Your adversary, the devil, prowls around like a roaring lion, seeking someone to devour.” –1 Peter 5:8

This brings us to the second lie in the new Lucifer series: Satan is not in the business of kindly helping the LAPD solve crimes. Rather, he and his demonic minions are busy inspiring the most heinous crimes imaginable. Jesus said,  “He was a murderer from the beginning,” (John 8:44) and comes “to steal and kill and destroy” (John 10:10). It is Satan who inspires everything from the torture, molestation and murder of millions of innocent children to the beheadings of countless Christians by ISIS (Ephesians 6:12).

How could Fox get this so wrong? Actually, we should not be too surprised, as the scriptures warn that Satan is the “ruler of the kingdom of the air, the spirit who is now at work in those who are disobedient” (Ephesians 2:2). We are warned that the “whole world is under the power of the evil one” (1 John 5:19) and that Satan “deceives the whole world” (Revelation 12:9). 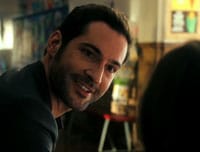 It was only a matter of time before Hollywood gave the devil a prime time television show on a big network. (Or should I say gave himself his own show?) After all, for the last several years, Hollywood has portrayed everyone from meth dealers to sexual deviants as "cool," while depicting Jesus as a cuss word! Isaiah warned “Woe to those who call evil good, and good evil; who substitute darkness for light and light for darkness…” (Isaiah 5:20).

Satan is adept at portraying himself as a likeable or even helpful entity and this is why the apostle Paul warned that he deceives by appearing as an angel of light (2 Corinthians 11:13-15). In the music industry, artists like the Rolling Stones have encouraged us to have “Sympathy for the Devil,” and Jay-Z tells us in his song Lucifer, that Satan has a “righteous cause.”

“Error, indeed, is never set forth in its naked deformity, lest, being thus exposed, it should at once be detected.” –Irenaeus, Against Heresies, Book 1, Preface

We need to counter the lies that Satan uses to proselytize the young and unsuspecting by exposing him as the malevolent being he is. Just as a good doctor will expose a malignant cancer, we as Christians are admonished to shine the light of Christ and expose the works of darkness:

“Have nothing to do with the fruitless deeds of darkness, but rather EXPOSE THEM. It is shameful even to mention what the disobedient do in secret. But everything exposed by the light becomes visible—and everything that is illuminated becomes a light. This is why it is said: “Wake up, sleeper, rise from the dead, and Christ will shine on you.” –Ephesians 5:11-14, emph. added

We should warn those who will be watching Fox’s Lucifer, who are seduced into thinking that he is a “cool guy,” about his truly diabolical nature and malicious designs (2 Corinthians 2:11). They need to know that Satan hates them and his desire is to drag them down to hell with him.

Just as a wise jeweler uses a black background to show off a beautiful diamond, we can turn what Satan is using for evil as an opportunity to not only expose the works of darkness, but to lift up our wonderful Lord and Savior, Jesus Christ! May the Lord give us boldness to use this show as an opportunity to share the good news:

“God so loved the world, that he gave his only Son, that whoever believes in him should not perish but have eternal life. For God did not send his Son into the world to condemn the world, but in order that the world might be saved through him.” –John 3:16-17

Let us share with them the glorious truth that those who repent and put their trust in Jesus will not only receive forgiveness of sins and eternal life, but will receive victory over Lucifer:

“The Son of God appeared for this purpose, to destroy the works of the devil.” –1 John 3:8

“Since the children have flesh and blood, he too shared in their humanity so that by his death he might break the power of him who holds the power of death—that is, the devil— and free those who all their lives were held in slavery by their fear of death.” –Hebrews 2:14-15

For His glory,
Joe Schimmel