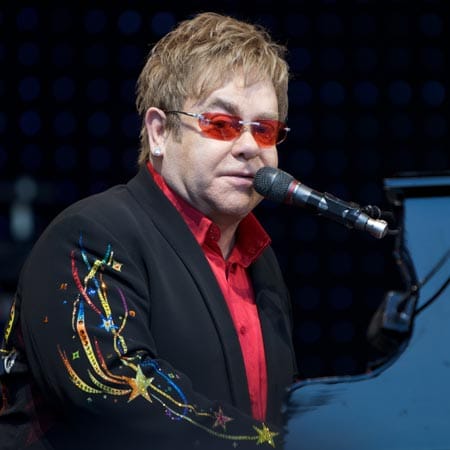 Like so many artists who have sold their souls for rock and roll, Elton John has been immersed in Satanism. In fact Bernie Taupin, who has lived with Elton John and written most of his lyrics, stated that Elton John’s “home is laden with trinkets and books relating to Satanism and witchcraft” (US, July 22, 1980, p. 42). Taupin, like Elton John with whom he collaborates, is also into Satanism. Taupin admits that he decorates his walls with “satanic art” and has further declared, “the occult fascinates me” (People, June 23, 1980). Many artists like Elton John and Bernie Taupin recognize the devil’s hand in their success and realize that their fans do not have a clue that much of their inspiration is the result of demonic beings that use them as puppets to deceive the public. Elton John has admitted that he is deceiving his fans, “Its all a big con,” and adds, “But as long as the public laps it up, I’m quite happy to go on giving it to them.” (Rolling Stone, July 15, 1976, p. 30)

Like all those who rebel against a relationship with the Lord, Elton John lives a lifestyle that is doomed and headed toward destruction. John has stated, “In most artists there’s a self destructive streak. Drugs, sex and doomed liaisons were my form of destruction.” Besides his sexually perverse lifestyle Elton John has been known for his temper tantrums and deep depression. Elton John has had multiple sex partners, “I would walk into a club and see someone I hadn’t even met and I would already have them on the conveyor belt,” declared John. “They’d come out with a Vercase shirt and a Cartier watch at the other end.” After all of John’s worldly success he has not found the true happiness that can only be found through a relationship with the Savior Jesus Christ. John has stated, “One thing that depresses me is that there are so many successful people that are [expletive) miserable with it.” Elton John has sought to fill the depressed, Christless void in his heart to no avail with sexual perversion and materialism. “I haven’t met anybody I’d like to settle down with—of either sex,” says John. John’s sexually perverse influence on the masses is taught by example, through songs as well as in interviews. He has stated:

“There’s nothing wrong with going to bed with someone of your own sex. I just think people should be very free with sex…They should draw the line at goats.” (Rolling Stone, October 7, 1976, p. 17) 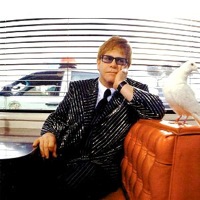 Both bestiality and homosexuality are condemned in the word of God as unnatural and ungodly. God’s word warns that homosexuals will not inherit the kingdom of God and that the sexually immoral will go to the lake of fire. (1 Cor. 6:9-10, Revelation 21:8 ) Elton John has sung about suicide, lesbianism (All the Girls Love Alice), glorified prostitution (Sweet Painted Lady), sniffing glue (B*tch is Back) and encouraged teenage rebellion (Bennie and the Jets). John lives for pleasure, but as God’s word declares, those who live for pleasure will never be satisfied. Elton John has struggled to fill the empty void in his soul with sex, drugs, fame and even food, “If I was eating a curry, I couldn’t wait to throw it up so that I could have the next one.” Elton John would regularly spend almost one hundred thousand dollars per shopping spree. He once spent nearly a million dollars in a single day of shopping. All of this has not filled the void in Elton John’s heart. So deep has been his depression that he has attempted suicide more than once. John once reportedly took 60 valiums and jumped into a hotel swimming pool yelling, “I’m going to die!” On yet another occasion he turned on an oven and laid his head in the range, but subsequently aborted the suicide attempt. Elton John has gone so far as to influence his fans with suicide through his music with lyrics like the following:

I’m getting bored
Being part of mankind,
Think I’ll buy a forty-four
And give ‘em all a sunrise.
Yeah, think I’m gonna kill myself,
Cause a little suicide…

Elton John has led millions of people into further accepting Satan’s plan to confuse human sexuality and do away with the Judeo Christian ethics. While he has enjoyed much worldly success as a result of his Satanism he has been left a miserable shell of a person spiritually. John has sought to satisfy his empty heart with Satanism, sexual perversion, drugs, entertainment, fancy clothes, food binges and fame, yet has still not learned that the only thing that satisfies is not a "thing" at all but the Person of the Lord Jesus Christ. There is hope for the homosexual if he turns from his sin and is cleansed by the blood of Jesus Christ. (1 Cor. 6:9-11 ) Our hope and prayer is that Elton John would repent of his rebellion against God and His moral law and find salvation in Jesus Christ before it is too late. Our hope is that those who have been enticed by his music would not only know the Lord but that they would seek out music that glorifies the Lord God and not the many destructive themes found in Elton John’s music. If John’s music has not inspired him to live a spiritually whole life that glorifies God it is unlikely that it will inspire others to love the true and living God.