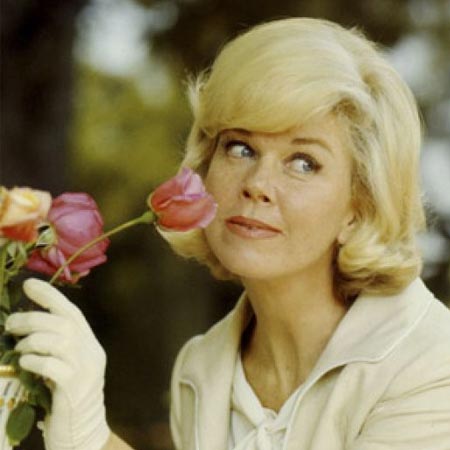 Actress Doris Day became known as "Miss Goody Two Shoes" for her upright portrayals. She appeared in 39 films and for five consecutive years was the leading female box office attraction. However, this noble labeling was far from the true Doris Day as evidenced by her statement: “I’m tired of being Miss Goody Two-Shoes. It’s not me. It has nothing to do with the life I’ve led.” Kirk Douglas added further intrigue to the mysterious persona of Doris Day, stating: “That face she shows the world – smiling, tuned into God – as far as I’m concerned, that’s just a mask. I haven’t got a clue what’s underneath. She’s just the remotest person I know.”

The Doris Day face that the camera failed to reveal was the one in pursuit of psychic empowerment. Upon her visit to psychic Doc Anderson, Day encouraged others to delve into the demonic realm of the supernatural and used her popularity to add credibility to this Biblically condemned practice. Day stated:

In order for a person to go against the moral laws of God written on their heart, they must do away with the reality of sin. If one can do away with the reality of sin then an entire world of former immoral practices can suddenly become acceptably engaged in. This is precisely the track that Hollywood and many of its so-called "Goody Two-shoes" personas are leading the world on. Day blatantly stated: “From the very beginning I thought the concept of sins and sinning was repugnant.” As evidenced by Day’s belief system, this concept invariably leads to the espousal of New Age philosophy, which militates against the doctrines of Christianity. She related her idea of God as being identical to that of the occult:

“I feel that God is my very being and God is the life of everything around me. So I don’t have to seek God. He’s right here. I don’t pray. I just realize God.”

A relationship with the true and living God is the only thing that will save people, not some visual mind party with some god who doesn’t exist. Jesus said that his followers would know Him:

"Truly, truly, I say to you, he who does not enter by the door into the fold of the sheep, but climbs up some other way, he is a thief and a robber. But he who enters by the door is a shepherd of the sheep. To him the doorkeeper opens, and the sheep hear his voice, and he calls his own sheep by name and leads them out. When he puts forth all his own, he goes ahead of them, and the sheep follow him because they know his voice. A stranger they simply will not follow, but will flee from him, because they do not know the voice of strangers…My sheep hear My voice, and I know them, and they follow Me." –John 10:1-5, 27

Jesus also said that it is imperative for us to have a true relationship with him aside from the misleading proponents of falsehood. He said:

"Watch out for false prophets. They come to you in sheep’s clothing, but inwardly they are ferocious wolves…Not everyone who says to me, ‘Lord, Lord,’ will enter the kingdom of heaven, but only he who does the will of my Father who is in heaven. Many will say to me on that day, ‘Lord, Lord, did we not prophesy in your name, and in your name drive out demons and perform many miracles?’ Then I will tell them plainly, ‘I never knew you. Away from me, you evildoers!’" –Matthew 7:15-23

God is a real Being with a real plan for redeeming mankind form his fallen state. Deviations from this plan bring alienation and separation for eternity. Follow Jesus and stay in the Word and prayer so that you will hear Him instead say: "Well done my good and faithful servant."